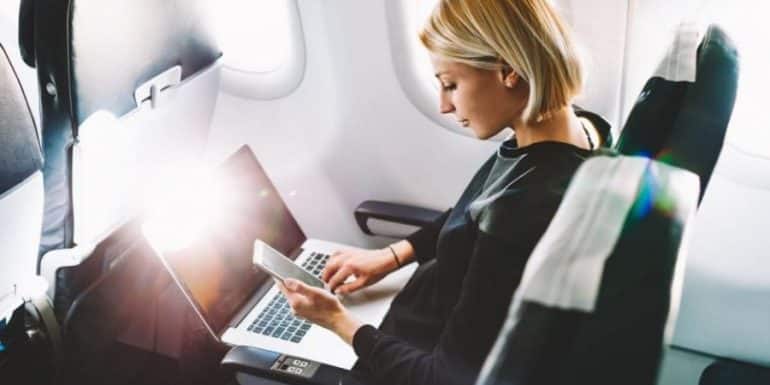 Passengers can now travel with 5G following a decision by the European Commission.

This decision was explained to Mesimeri and Kati by Dimitris Pantelis, member of the ETEK General Council.

It initially stated that the reason for this change is due to the doubling of the need for mobile data. He added that needs are constantly increasing, while in-flight wifi brings airlines an extra three euros per customer. "It adds up to many millions per year." He added that it does not mean that every customer will choose this option. "It's up to everyone whether they choose the service, because it's something very expensive and slow."

He explained that the European Commission has decided that it should be possible for technology owners to be able to use the internet inside the plane. “He clarified that the plane is metal and no 5G or wifi waves can get inside. "The airline should give you access to such technologies."

He also mentioned that for so many years the internet could not be brought onto the plane due to security reasons. "There are machines inside the plane that work on frequencies very close to mobile. In Cyprus we have given two of the three frequencies which are below the frequencies of the machines on the planes".

He clarified that Europe will allow mobile frequencies that do not interfere with the rest of the plane's machinery. Regarding the 5G service, he mentioned that it is popular in Cyprus. "5G is to help Europe's big bakeries."

Mr. Panteli pointed out that 6G is being prepared. “It will have practical speed. There will be very little energy consumption." He clarified that before a technology is implemented, the necessary studies are done by experts.