Monitoring system in the dead zone will install the pseudo state

According to the occupying authorities, the reason was "meat smuggling". 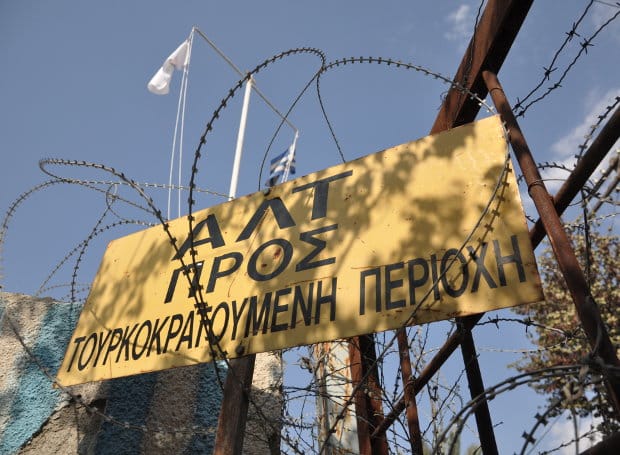 24-hour monitoring systems will be installed along the defiance line and digital checks will be increased in order to combat "meat smuggling", announced the "prime minister", Unal Ustel yesterday, while today comments and reactions were recorded on this hot topic in the t/c community.

According to the GTP, the local press refers today to a written statement by Mr. Ustel that there will be immediate intervention by special groups against those who attempt to "smuggle meat", depending on the warnings that will be made by the monitoring center. Changes will also be made to the "penal code" and penalties for smuggling will be increased.

Mr. Ustel added that the prices of meat in the occupied territories were reduced as a result of the actions taken by his "government", adding that the actions in this matter will continue, the producers will be supported and they can discuss the import of meat again, if the prices are not at the desired level.

The president of the association of animal producers and animal breeders, Mustafa Naimoglulari, wondered today who is the butcher who sells cheaply and which animal dealer has so far obeyed what he says ok. Ustel. He was also in favor of banning the sale of meat in supermarkets. He noted that neither the costs of producers and breeders have decreased, nor have controls increased.

Mehmet Cietereissi, a member of the board of directors of the Association of Livestock Producers and Breeders, told Cyprus Post that the pseudo-state should supervise butchers who sell meat without separating it. He added that the imported meat will be frozen and of poor quality and that if they bring imported meat, then the farmers will not sell any animals, in protest.

Speaking on the Cypris postasi website, the butcher Rashit Senkaya expressed the opinion that in the occupied territories there is not a sufficient number of animals and argued that by importing meat, citizens who are struggling financially will also be able to buy.

Also commenting on Ustel's statements, RTK President Tufan Erhiurman said that contrary to the "prime minister's" reports, meat prices not only did not decrease, but instead increased.

"It starts and becomes a comedy. It is clear that someone has started exaggerating things to create impressions. But realize now that no one can laugh anymore,” Mr Erhurman wrote in a post. He also reports that since the morning he held meetings and talks to see the situation and found that the meat did not decrease, but increased.

In the occupied territories, it was announced that echelons of the "livestock department" and "trade department" have started checks on the use of "okka" in animal sales from today, and those who "sell meat with okka" will face legal consequences.