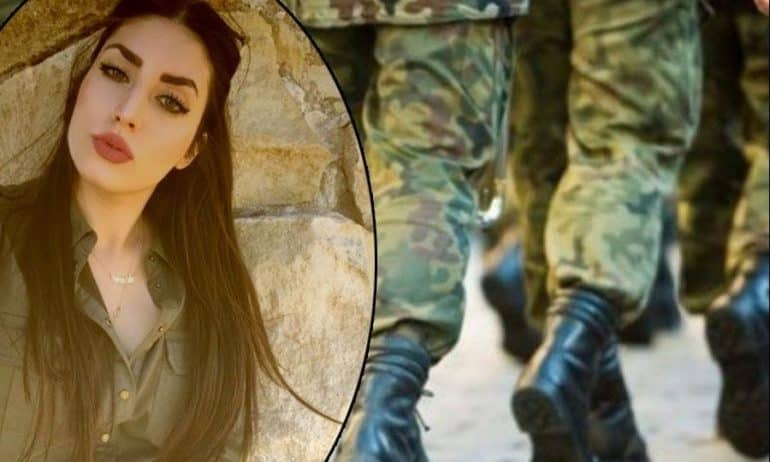 The investigations for the death of the Dean of SYOP Natalis Neophytou, who lost her life after an accident in a camp of the National Guard, are continuing at an intensive pace.

According to information, the two persons (s.s. probation officer and lottery hoplite), who were riding in the fatal jeep, have already given testimony to the Authorities while other members of the camp also testified about the tragic event.

The two, according to the same information, stated in their testimony that they were driving normally, without excessive speed, nor did they carry out any deliberate - negligent act.

Questions remain as to whether the jeep was suitable or whether it had a mechanical problem, however this is expected to be clarified by the examinations that will be carried out by the Road Transport Department.

As for the two persons, who were riding in the fatal jeep as we were duly told, if necessary they will be called again for deposition.

It is noted how Natalie was classified in the National Guard as SYOP on 1/12/2021.

We remind you that according to the autopsy findings, the death of the unfortunate 27-year-old came from multiple injuries to the body and vital organs due to a road accident.

How the fatal happened

In the context of training driving that was carried out inside a camp of the National Guard, a serious accident occurred, resulting in the serious injury of the 27-year-old Dean of SYOP, Natalis Neophytou.

During the training, under conditions that are being investigated at 11:00 on Thursday morning (12/5), the jeep type vehicle in which SYOP was riding along with a probationary reserve officer and a hoplite draw was overturned.

According to the information, the 27-year-old was sitting in the back seat of the vehicle, as a result of which the vehicle was thrown and crushed.

The 27-year-old was rushed to the General Hospital of Nicosia where, despite the efforts of the doctors on duty, she could not be kept alive.

The conscript hoplite as well as the probationary reserve officer were transported to Larnaca General Hospital, where they received first aid and were fired without any serious injuries.