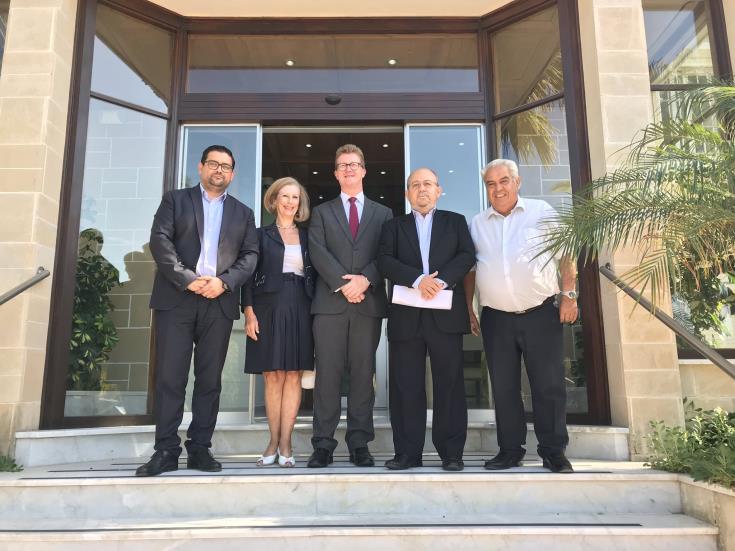 The position of Britain in favor of the United Nations resolutions for the enclosed city of Famagusta was expressed by the British High Commissioner in Cyprus, Steven Lily, during a meeting today with a delegation of the Famagusta Municipal Council.

The Mayor of Famagusta, Simos Ioannou, stated to KYPE that Mr. Lily fully agreed with the positions set for him and was very positive.

"We focused on the issue of Famagusta. "We asked for the help of both Britain and himself to exert their influence on the other side," said Mr Ioannou.

He added that Mr Lily was clear that Britain supported the UN resolution on Famagusta and that the Famagusta issue was a humanitarian one, that legal residents should return to Famagusta and that "there is no way they can accept Famagusta being placed under administration ".

Mr. Ioannou also said that the British High Commissioner told them that his country is in favor of efforts for a solution of a bi-zonal, bi-communal federation in Cyprus, which everyone must support.

A post by the British High Commission on twitter states that Mr. Lily's meeting with the delegation of the Municipality of Famagusta was interesting.