How many households are affected by the decision? 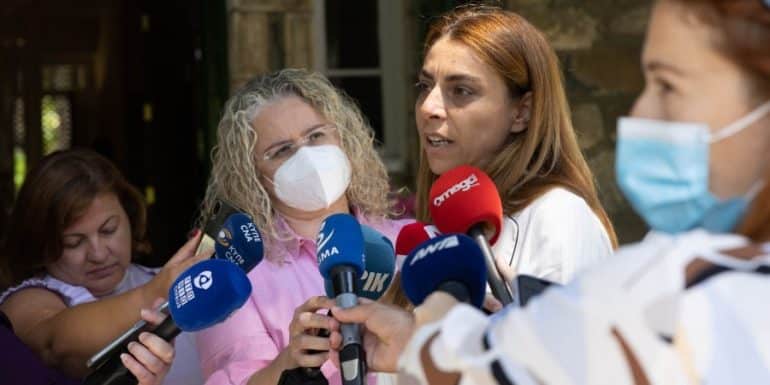 The continuation of the payment of the same amount of allowance for the rest of the year 2022 to all existing beneficiaries of the Plan to Support Pensioners with Low Incomes was approved today by the Council of Ministers, following a proposal presented by the Deputy Minister of Social Welfare Ms. Anastasia Anthousi. The Decision affects approximately 4.000 households that receive the Low-Pensioner's Allowance.

Specifically, the Council of Ministers approved the recommendation that, for the remainder of the year 2022, all existing beneficiaries of the Low Income Pensioner Support Scheme continue to receive the same amount of Allowance that was paid in July 2022, without taking into account the pension increase from the Social Insurance Fund (SIF) due to the automatic adjustment of July 2022 based on the consumer price index, meaning that the rest of the data concerning each beneficiary (household/family composition, other incomes excluding pensions from the SIF) will not be differentiated.

For its Decision, the Council of Ministers took into account the significant price increases in the prices of basic necessities and the increase in pensions by 5,6% from January 2022 until today, as well as the fact that a possible reduction in the Low-Pensioner's Allowance due to this increase would be a reason to exclude a significant number of beneficiaries from the said Allowance, at a time when it is necessary to support the vulnerable groups of the population.

In her statements after the meeting of the Council of Ministers, the Deputy Minister of Social Welfare pointed out that with today's decision, the Government is moving forward with practical support for the vulnerable group of low pensioners. "By implementing the commitment not to reduce the total incomes of pensioners, we absorb these increases (including pensions)", said Ms. Anthousi, noting that for 4.000 households there will be no reduction in the allowance. The expenditure, he said, amounts to €310.000 by the end of this year.