His bike worth €10.000 was stolen and he found it for sale on a website

How the police "wrangled" them 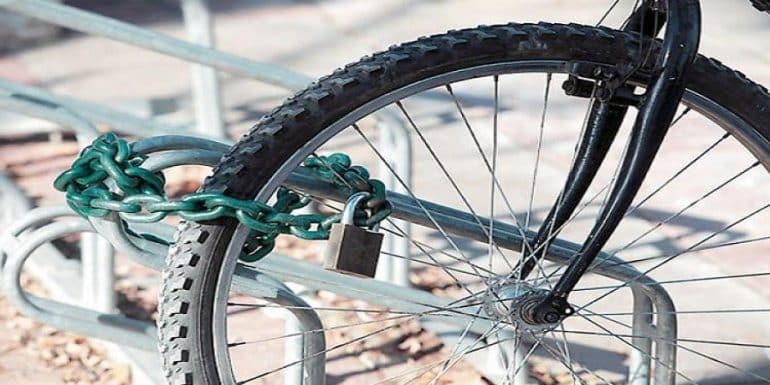 The Police arrested six people yesterday, as part of an investigation into cases involving thefts, illegal possession of property, possession of burglary tools during the night and securing goods with false representations, committed in Nicosia.

In particular, a complaint was made to the Police yesterday by a 27-year-old, that he found a bicycle similar to his own, worth 10.000 euros, for sale on an internet page, which had been stolen in the previous days from the parking lot of the apartment building where he lives in Nicosia.

In a meeting arranged by a friend of the 27-year-old with the sellers, after the stolen bicycle was identified, the two suspects, aged 19 and 27, were arrested for the crime of illegal possession of property, while being interrogated they allegedly admitted to stealing the bicycle.

It should be noted that members of the Police were present during the meeting, since a coordinated operation was organized with the aim of arresting the suspects.

Also, around 8.15 p.m. yesterday, the Police received information about persons trying to steal air conditioner compressors from a building in Nicosia. Members of the Police went to the scene, where they identified a 39-year-old person, who allegedly admitted to committing the crime.

At the same time, around 2 in the morning today, members of the Kofinos Regional Police Station, stopped for control a vehicle driven by a 33-year-old man with a 31-year-old passenger, on the Pseuda - Lymion road, loaded with aluminum doors.

In a subsequent search, they found inside the vehicle, among other things, aluminum doors and windows, a large number of clothing gloves and burglary tools, for which they did not give sufficient explanations for their possession, and they were arrested for an open offense.

In addition, a complaint was made to the Police, that between the years, 2014-2021, two persons aged 40 and 52, allegedly entered into a number of mobile telephony contracts securing nine mobile phone devices. To pay their bills, they allegedly issued checks which they then canceled. Arrest warrants were issued against the two suspects under which the 40-year-old was arrested, while the 52-year-old remains wanted.