A rock crushed a vehicle – The driver is in the hospital 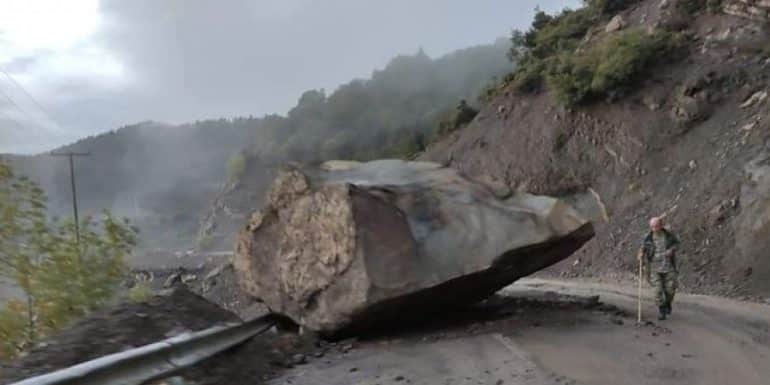 Problems are caused by the heavy rains that have occurred since early morning throughout Cyprus.

Due to the bad weather, landslides were also caused, however, on the Sykopetras-Arakapa road, an entire rock was detached and fell on a vehicle.

The incident occurred shortly before 07:00 in the morning and members of the Police rushed to the scene as well as an ambulance which transported the driver of the vehicle to the hospital.

According to information, the driver suffered minor injuries.