"Rain" the cancellations by Cypriots for trips to Greece 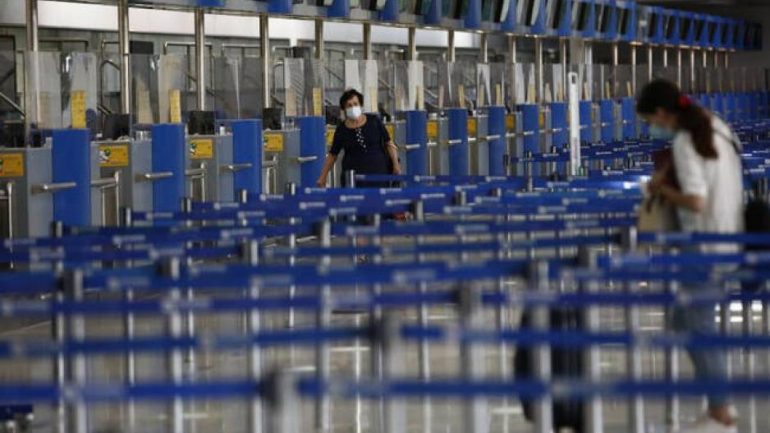 The decision of the Ministry of Health to downgrade Greece to category B from Thursday 06 August has a tremendous impact on the travel business. One after another, our compatriots cancel their trips to Greece where they would spend most of their holidays, whether they are basically Greek islands or other destinations in major Greek cities. Clearly, in addition to the cancellations, no new bookings are made. '

They started on July 03rd

As we are informed, the intense gossip and the flow of information about the outbreak of cases in Greece have forced the Cypriots for a month now to think and rethink the possibility of going to Greece. Typically, the first cancellations started in the first days of July, specifically on the 03 of last month and continue unabated. In fact, they peaked after Friday when Greece was relegated to category B.

The honorary president of the Association of Travel Agents of Cyprus, Akis Kelepesiis, speaking to Offsite, expressed his intense concern about the "rain" cancellations for Greece. As he said, "30% -40% of bookings for Greece have already been lost. This is very bad for us since the cancellations are equivalent to costs since in most cases the airlines will make the flights ".

The president of the Association of Travel Agents Vassilis Stamataris, speaking in his turn to Offsite, appeared disappointed, saying that "one after another the reservations for Greece are canceled. The damage is great if you consider that this has been happening for a very long time ". Mr. Stamataris stressed that "the cancellations concern trips as well as packages. Due to the nature of these trips customers can postpone their trips. "But do not forget that there are airlines that cancel flights, so they may be entitled to compensation." It is clarified that in case of cancellation of the trip, the costs of the reservation are borne by the consumer.

Asked what kind of measures will be taken by the Association, Mr. Stamataris said: "We will not stop crying. We are following the protocols and instructions of the Ministry of Health and we are waiting for the developments for the ranking of Greece. The pandemic clearly affected our industry as well. "

What does the degradation of Greece mean?

The relegation of Greece to category B means that all travelers who will come to Cyprus from next Thursday, August 6, must have undergone a laboratory test at least 72 hours before departure and have a Certificate, which proves negative PCR test for the virus, as applicable to all travelers from Category B countries. Possibility for a test upon arrival in Cyprus is available for both Cypriots and legal residents of KD

It is noted that Cypriot citizens and members of their families and those legally residing in the Republic have the option to undergo the molecular examination upon arrival at Larnaca and Paphos Airports.

In another development, on Tuesday the situation at Larnaca and Paphos Airports was normal. The measures taken to prevent overcrowding after a wide-ranging meeting in the presence of Transport Minister Giannis Karousos and Police Chief Stelios Papatheodorou worked. These measures are: