Foreign Ministry: We issue visas to Turks because we believe in contacts between people 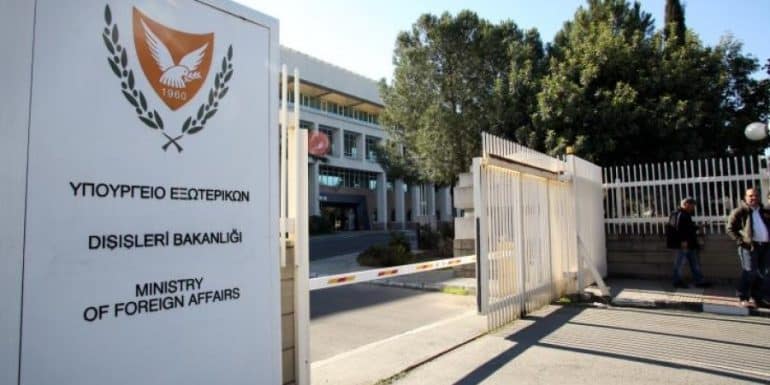 Cyprus is opposed to the ban on issuing visas to Russian citizens, the General Director of the Ministry of Foreign Affairs, Cornelios Corniliou, told KYPE regarding the proposal that is expected to be put forward by the Baltic countries at the informal council of EU Foreign Ministers – Gymnich in Prague on August 30 and 31. under the Czech presidency.

"We issue visas even to Turkish citizens because we believe in contacts between people. In addition, there is the Russian community in Cyprus and other EU states, and with such a measure we will prevent the contacts of these Russians with their families and friends. We do not believe that such a decision will have any benefit." Germany, Greece and Cyprus take the same stance, he said. "However, we will have to wait for the debate in Gymnich and there it will become clear what the balance will be," he said.

This is a reinstatement, he added, of an idea that had been put forward in the past in the context of the European Council through a Baltic country and there were great reactions against this proposal. In the informal councils clear discussions are held and the next day's decisions are prepared and the discussions in Prague will be very important, he said.

Responding to a related question, Mr. Korniliou said that it may also concern other measures against Russia as "while the war (in Ukraine) continues, there will be reactions and there will continue to be proposals to strengthen the measures taken against Russia. At the moment, some of our partners are discussing the possibility of banning the issuance of visas for Russian citizens."

The Director General of the Ministry of Foreign Affairs noted that the free movement of persons applies in the EU and it is "against our own principles to universally prohibit citizens of the Russian Federation from visiting EU member states".

Asked if they feel that there is a targeting of Cyprus in terms of taking measures against Russia, and because of the Russian community on the island, or an exaggeration in the way some are reacting to Cyprus's attitude, Mr. Korniliou replied “both. On the one hand, our partners recognize that Cyprus, despite the financial costs it has paid, has supported all EU decisions in relation to the sanctions against Russia. On the other hand, we are the 'suspects' when Russian interests are at stake, because of our history with the Russian Federation and our relations."

Asked to comment on a report on the Politico website, that there are increasing cases of Russian, Belarusian and Ukrainian businessmen, mainly from the IT sector, who are interested in moving their businesses to Cyprus, Kornilios Korniliou said that there is indeed such interest, not only from Russian but also from American and other companies that were based in Russia or Belarus, to move due to the prevailing situation in Cyprus.

"We are open to welcome any companies that would like to operate in Cyprus, always within the framework of EU decisions. Since there is no decision prohibiting the relocation of companies, we would be very happy to see these companies operating in Cyprus " he said.

The operating framework of such companies is very strict and thorough controls are carried out, added Mr. Korniliou, referring to the operation of these companies. He explained that the Ministry of Foreign Affairs monitors the implementation of the decisions on the sanctions taken by the EU against Russia and when there are relevant questions from various agencies of the Republic, the Ministry of Foreign Affairs makes the necessary control.

Asked if there is anything new regarding the restoration of Israel-Turkey diplomatic relations, the Director General of the Ministry of Foreign Affairs said that they are monitoring the developments, noting that for 10 years the relations of the Republic of Cyprus with Israel have been tested and strengthened daily. "We are a member state of the EU, they can rely on us, we are reliable in this relationship and I believe they have every interest in maintaining it", said Mr. Corniliou about Cyprus-Israel relations.