Under eight-day detention the suspect for importing 6,5 kg of cannabis into Cyprus

The 6,5-year-old woman hid 30 kg of cannabis in pillowcases 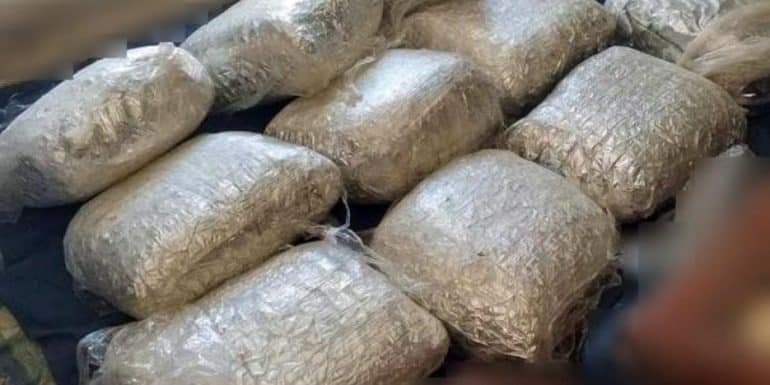 The District Court of Larnaca today issued an eight-day detention order against a 30-year-old woman from Greece, to facilitate investigations by the National Security Agency, regarding an investigated case involving conspiracy to commit a felony, illegal supply, importation, possession and possession of a controlled drug by another person and for the purpose of supply to another person, i.e. a quantity of cannabis weighing approximately 6,5 kilograms.

As Stelios Sergidis, press representative of YCAN, reported to KYPE, "the 30-year-old girl arrived around 3:7 pm on Wednesday, December XNUMX at Larnaca airport from Greece. Regarding the importation of drugs, there was information from YKAN, which was evaluated and forwarded to the Customs Department of Larnaca airport."

He added that "the girl was stopped at the airport by YKAN members in cooperation with customs officials and a search was carried out on her luggage. Hidden in pillowcases, two nylon packages were found and confiscated, which contained cannabis, with a total weight of approximately 6,5 kilograms.

He also stated that "the 30-year-old woman was arrested for a self-inflicted crime and taken into custody to facilitate investigations, however it appears that she is not cooperating with the authorities. The members of YKAN are conducting investigations to locate both the girl's associates in Cyprus and in Greece."

After the customs officials found the drugs, the 30-year-old reportedly threw her mobile phone on the ground and tried to break it.

The suspect was brought before the Larnaca District Court today, which issued a detention order against her for eight days.

The case is being investigated by the Larnaca District Committee of YKAN.