Astrasol case: "I want my wife back - They acquitted the killers" 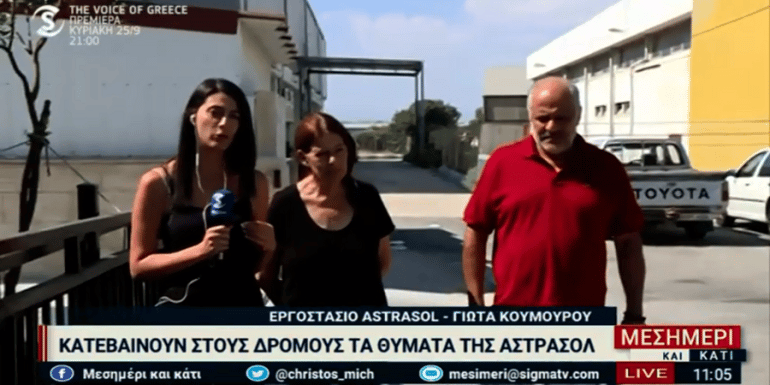 The residents of Latsia are in a frenzy after the end of the trial at the Supreme Court for the station case regarding the operation of the Astrasol factory.

"The Court vindicated us with this negligible amount, but yesterday the Supreme Court rejected the responsibility of the cancer patient and justified the murderers," said Mrs. Maria, who has been suffering from heart and lung diseases related to the factory for 10 years.

He also noted that he does not believe anywhere else in the world another state sees its citizens with this eye. We are Cypriots, we have every right to live freely in our country, we must breathe clean air and oxygen.

On the part of Mr. Chrysanthos, who lost his wife to cancer, he said that what happened yesterday in the Court was unbelievable.

"I won't talk about justice because it doesn't exist. We have the sickest system there is, not just for justice but everywhere."

Mr. Chrysanthos, holding up a study by two scientists, emphasized that it proves that what they put in the chimneys of the factory was carcinogenic.

"Money doesn't matter, I want my wife back. These gentlemen have come to turn everything upside down. If they think they will get rid of us easily, they are wrong.