Andronikos: The next PtD needs wisdom – I only fear God and my wife (VIDEO)

"A good president must have wisdom, be smart... be able to be a good manager and lastly have very nice hair" 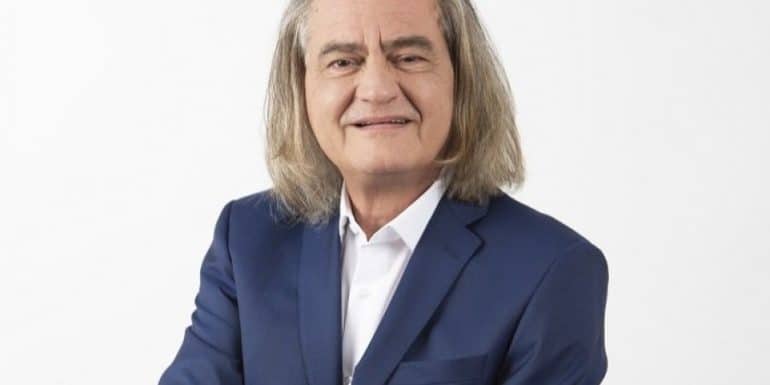 Protoselidos hosted the latest candidate for the President of the Republic, Andronikos Zervides, who spoke about his manifesto.

He initially mentioned that the people who will now see him on TV will say who is this Andronikos Zervides who was thrown like a turnip and we don't know him and he has this hair, he may have been confused and wanted to go for Archbishop".

Asked what made him stand as a candidate, he said he did it out of anger, “I wrote 77 pages in my manifesto because I was angry with our system. I think I have the solutions. Some will say I'm crazy but I don't care, I only fear God and my wife if I do something naughty.

He continued by saying "I'm tired of hearing that this is how Cyprus is, this is how things are. No, Cyprus is not like that, I have the solutions. I want the state to help young people. the help doesn't stop when they finish university, they have to get good jobs and everyone will be happy. I wrote my manifesto sincerely and I am not afraid of anyone, some will be angry and others will say yes, very good idea.

I wrote it because I believe that they will fix things in Cyprus. I have a lot of respect for the other candidates. The problem is we don't play as a team and I don't care what they think of me, if they make fun of my hair and the way I talk. I will open my own political party and call it '142'."

He pointed out that a good president must have wisdom, be smart, be able to sell his ideas not in Cyprus but to the world, be able to be a good manager and lastly have very nice hair.