PtD: The "Cyprus-Tomorrow" plan is a legacy of the government

It is implemented through 56 reform provisions and 74 investment actions 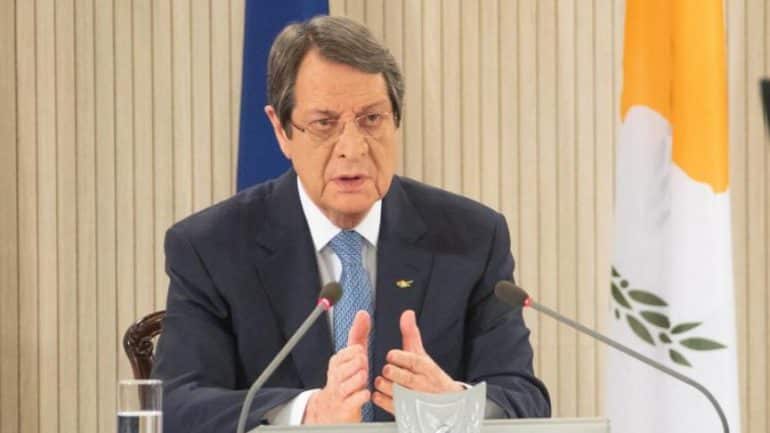 The President of the Republic, Nikos Anastasiadis, stated that the implementation of the "Cyprus-Tomorrow" Plan is the Government's bequest for a modern European State, to all citizens.

In his greeting at the opening of the work of the Cyprus Forum 2022, which was read by the Minister of Finance Constantinos Petridis, President Anastasiades said that the conference has now become an institution, putting at its center, as well as the goal of the organizers, the fruitful dialogue and the activation of civil society.

In this context, it has created new perspectives on policy-making and finding creative solutions to important issues of wider public policy and the main social problems and challenges of concern to the international community.

This year, the general theme of the Conference is about the concept of inclusiveness, he said, a concept that focuses on the imperative to provide equal access and opportunities to all people without exception, as well as the elimination of any discrimination and intolerance.

A goal which constituted the vision and was set as the highest priority of our government, considering it as an obligation to build for the present and to bequeath to future generations, a real state of law and welfare, without exclusions, said President Anastasiades.

A sensitive state that ensures and promotes human rights, that adequately responds to the demands of all citizens, that is capable of helping them in practice.

To this end, he noted, "we followed a holistic approach, adopting radical reforms but also a series of national strategies and innovative actions" and referred to the institution of public consultations, which was established, making citizens co-shapers in the formulation of our policies and not simple recipients of decisions.

He said that as a result of the targeted policy that we have adopted and are implementing, we have managed to achieve intersections that, among others, concern gender equality, the reconciliation of professional and family life, ensuring equal access to education and health benefits, supporting the elderly and citizens with disabilities or developmental disorders.

The most important thing, he noted, is that the implementation of the "Cyprus-Tomorrow" Plan, through 56 reform provisions and 74 investment actions, is the culmination, the completion of the work that has begun, "but also the Government's bequest for a modern European State, to all citizens, every Cypriot and every Cypriot".

In his greeting, the President also referred to the efforts regarding the reunification of Cyprus, stressing that the highest priority was and remains the finding of a solution that will ensure the peaceful coexistence of the two communities, Greek Cypriots and Turkish Cypriots, and full respect for all religious groups of the island, Armenians, Maronites, Latins.

"This is the deepest meaning of our efforts: Through a persistent but creative negotiation process to make our homeland a truly sovereign and independent state, a state of peaceful coexistence and co-creation," he said, "a state completely free from the occupation troops , invasive rights and dependencies from third countries. A state in which democratic institutions, human rights, principles and values ​​of the European ideal and the United Nations will be implemented and respected".