"Now, most arrivals are done individually by tourists and not from budget tourist packages" 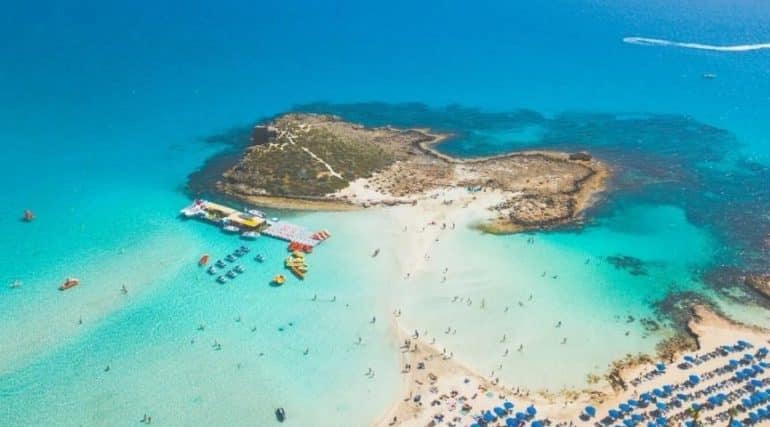 The president of PASYXE, Haris Loizidis on the program Morning Itinerary of the third program of RIK.

"We worked with absolute commitment and we have meaning", answered Mr. Loizidis, when asked about the measures taken regarding bed linen and towels in hotels, since earlier the infectious disease specialist, Dr. Konstantinos Konstantinou had said that monkeypox is transmitted and from the use of bedding and sheets.

"Even now we follow the protocols, like for example we wear the masks inside the hotels." However, as he said "there has been no guidance on monkey pox, we will look into it to see if we can do anything", while he stressed that "we already have strict internal procedures for towel and sheet changes".

As Mr. Loizidis mentioned, "the plan B designed by the Deputy Ministry of Tourism seems to be working normally, as it was implemented to increase the other smaller markets and it is already bringing results, which is much better than 2021, but with distance from 2019, where it was a record year, and specifically a little over 70% in arrivals and 80% in revenue left by tourists in Cyprus".

Asked to comment on the loss of the Russian market, he said that "the Russians we have lost are not the Russians who stay in the five-star hotels of Limassol, but who came with tourist packages at very competitive prices and did not spend money on luxury restaurants."

Therefore, "substitution on arrivals is better in terms of revenue."

"Paphos has a better tourist mix"

He also noted that, “Paphos has by far the best occupancy as it has always had more Europeans and has a better mix as a region, such as British, German, Belgian, Dutch, Scandinavian, Israeli, French, Italian and Polish. Most people make unorganized trips, book the flight and hotels by themselves, through websites, which contribute to arrivals, without the tourist package."

In fact, he clarified that now there are no different prices for Cypriots and foreigners, hotel prices are the same and that the majority of arrivals are made through reservations."

"We didn't push a button this year and open the market"

According to Mr. Loizidis, in order to "have the possibility to bring people from these markets, it was an effort of years, where we looked to expand the markets and reduce the dependence on a certain market".

As he confirmed, "free Famagusta is facing the most serious problem this year with some hotels, as it had the majority of around 45% of arrivals from Russia".

Finally, Mr. Loizidis advised "to be careful, to operate proactively and to keep a small basket for 2023, because things are very difficult to predict and the costs to businesses are increasing".