From the Savior to San Tropez with a Vespa 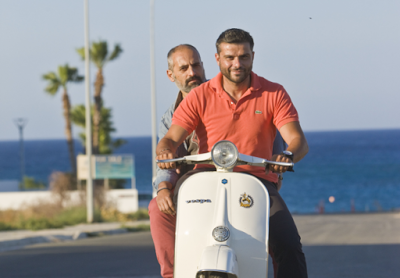 Going from Cyprus to France is something that seems very easy. But starting with St Tropez, covering a distance of 2.500 km on a 150cc Vespa, is a daunting but certainly very interesting endeavor.

Louis Loizou, President of the "Vespa Club di Famagusta" and Kyriakos Tsiftes, representative of the "Vespa for Life Cyprus", start today, Saturday, May 28, from Piraeus, together with the respective Greek Vespa Club and, crossing Greece and Italy, will arrive in France and the St Tropez resort on June 2 or 3.

The purpose of their trip is to participate in the "Vespa World Days 2016", along with other fans of the collectible motorcycle from around the world, which will be organized from 2 to 5 June.

The City Free Press, as the communication sponsor, will follow the two Cypriot "riders" and their Vespa throughout the trip. For this purpose, an interview was hosted by the online newspaper CITY, in which they revealed the decision of the whole project. 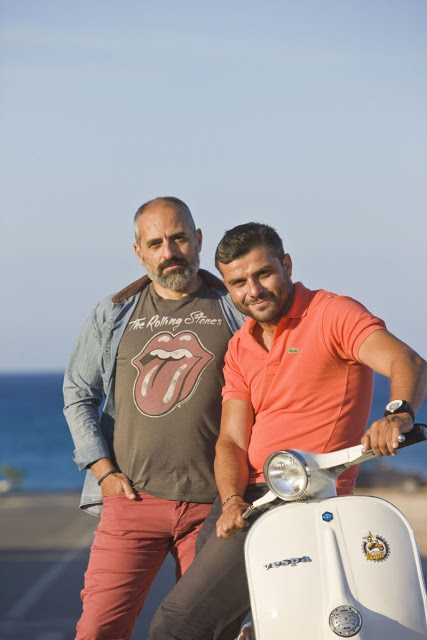 The Cypriot Vespa is going to the event for the first time, right? What are your expectations?
Kyriakos: As Cyprus, we are participating for the first time with our own Vespa, where two machines, a classic PX of the 80's and a modern one of 2012, have already started their journey from May 17 steamship to Greece. It should be noted that the Cypriot delegation is participating in this festival for the first time and this is becoming a reality thanks to the acceptance of the Greek Vespa Club to host us in their mission. The wonderful trip to Saint Tropez officially starts on Saturday, May 28 and our mission will pass through Greece and Italy, while on June 2-3 we are expected to be there! 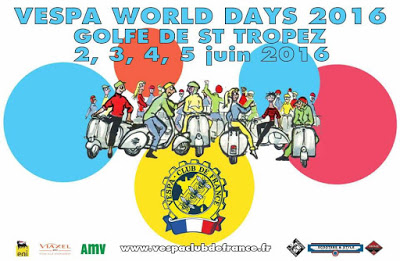 "It is now the most official world meeting and the city that undertakes to host the event is preparing at least two years in advance!"

What must one have in one's backpack on such a journey?
Louis: If you are traveling with a Vespa PX or a Vespa dating from 1980 onwards, be sure to prepare the trip, in addition to the absolutely necessary for individual use, special preparation and proper supply is required regarding the needs of Vespa. The classic Vespa has the peculiarities of a woman, you never know when she will whimper you or when she will make her Nazis. That's why you need to be prepared and well prepared. You must have 2-3 spark plugs with you, lamps for the rear and front lanterns, very good quality 2 strok (Motorex full synthetic), speed ropes, gasoline clutch and a set of keys. On the third day of the trip you should have a general check mainly on the wheel and steering wheel screws because due to the vibration there is a possibility that some of them will relax. When it comes to storage, you don't have to worry about anything. Based on my experience in the Panhellenic Meeting, with two suitcases and 25 Kg of luggage, I did not face any problems.


2 thousand kilometers is not enough to ride a small motorcycle like the Vespa?
Κ: The distance is estimated to reach 2,500km and is always one of the issues that concerns us on long journeys, even in Cyprus, due to the small displacement of our Vespa (150cc), the days of continuous driving and the shape of the motorcycle. . Let's not forget that Vespa are reliable vehicles, made for low-speed adventures and easy to operate, maintain and repair, but it should be noted that especially for this trip of the Vespa World Meeting in Saint Tropez, the preparation began five months ago. , as far as the mechanical condition of the vehicle is concerned, but especially in the supply of the right equipment for this trip, since we will have to carry from day one all the necessary equipment for the trip. The main issue, however, is not Vespa herself, but our physical preparation, as it requires a lot of concentration and endurance throughout the trip. For weeks now, we have been touring all over Cyprus to gain physical endurance and improve our concentration on the road. 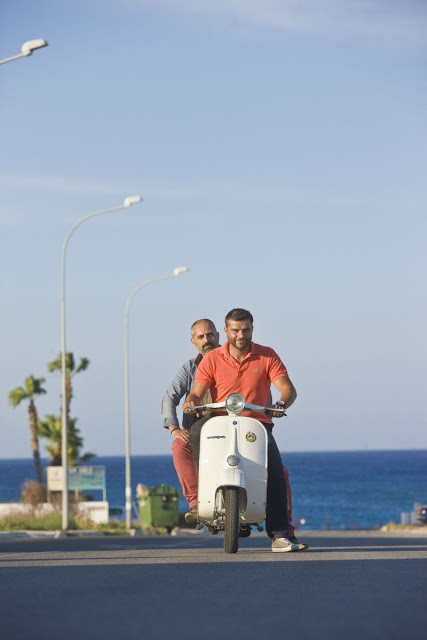 "The main issue is not the Vespa itself, but our physical preparation, since it requires a lot of concentration and endurance throughout the trip."

What will you do at St Tropez? What does the program of the event include?
Κ: Vespa World Days is a challenge for Vespa fans everywhere. Let's say that every year the meeting takes place in a different city in Europe, and thousands of Vespa vehicles take part in it, from the most classic to the latest models. It is now the most official global meeting and the city that undertakes to host the event is preparing at least two years in advance! This year, in Saint Tropez, there is the special feature of the celebration of the 70-year-old Vespa that closes this year with the first production in April 1946! So there will be the heart of the main celebrations for this important event. The program includes a series of events organized by the Vespa Club of France, focusing on the history, evolution and development of our favorite Vespa. There will be exhibitions of special Vespa models of historical significance, as well as a number of events and competitions. At the same time, this year's events are dedicated to getting to know the participants and visitors, a number that is expected to exceed 15.000 people, and also includes visits to the beauties of the city and the region in general. For us, as a Cypriot mission, the contacts of strengthening relations with the Greek friends who host us in their group are also important. 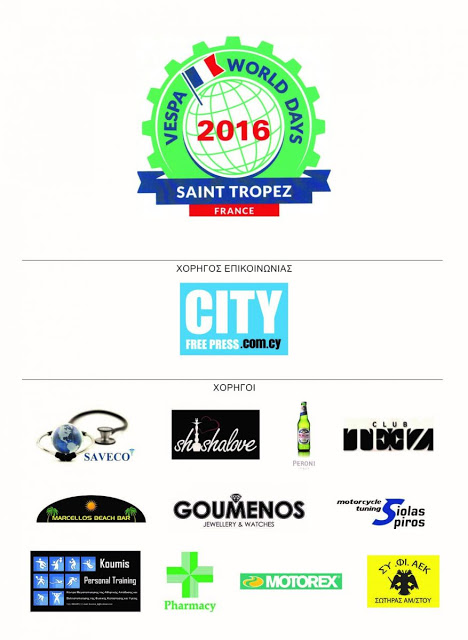 "The classic Vespa has the peculiarities of a woman, since you never know when she will" whim "you or when she will do her nazis."

What is Vespa beyond a means of transportation?
Κ: The Vespa, apart from being a classic scooter, is above all a way of life. It is rightly characterized as a great love, a passion that the more you drive a Vespa, the more your dependence increases. Once upon a time, a route of a few tens of kilometers, for example Nicosia - Protaras, seemed like a long journey! Now, such distances are a common phenomenon for us, which is why we dare to travel to France. All participating riders are experienced in riding and use our Vespa in daily traffic, while Kyriakos for about a year has not even driven a car, traveling more than 2,000 km every month, regardless of weather conditions. It is true that, during the driving phase, we regularly meet the eyes of other drivers and people watching and admiring us, especially when we move as a group-herd. Here we emphasize that the name Vespa comes from wasps. We are rightly characterized as colorful wasps, since the multicolor of Vespa gives us a special sense of beauty. In our groups, one can easily find a Vespa of decades of age and color difference, while no Vespa of the same model is ultimately the same as another, due to the multicolor, but also the shapes-colors that are applied to them.

Do we have an idea of ​​how many Vespas are circulating in Cyprus or even how many of them are written on the various links?
Λ: It is difficult to list Vespa because in the last 3 to 4 years new models have been released with the result that the number has increased significantly. Around 500 members are registered in the various local clubs. In all the provinces of the island there are local clubs, some of which are quite organized with intense social work, organize excursions and take part in various fundraisers and other charitable events.

"No Vespa of the same model is ultimately the same as another, due to the multicolor, but also the shapes-colors that are applied to them."

Where can one go if one wants to join a team and what does it have to gain?
Λ: In case someone is interested in registering in the Club of the province where he resides, he can do so in two ways: Either on Facebook by searching for example Vespa Club and the name of his province, or go to the Vespa dealership in the area where he resides. secure the contact telephone number of each Club. We are pleased to announce that as of this year, Paphos has also set up its own Vespa Club.