Bernard Lasba shared the trophy with the oldest competitor, a 97-year-old who managed to eat 350 grams in five minutes. 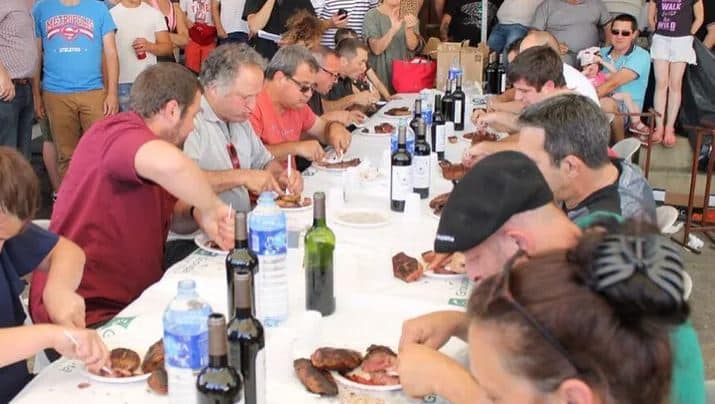 "There is no preparation at home! "It's perfectly normal, I come as a tourist and I take part in the competition", says 60-year-old Bernard Lasba, after winning his 11th title in this competition.

This unusual "world championship", first held in 1982 and currently attended by 13 contestants, is held annually in the community of Saramon in southwestern France, with the exception of the previous two years which was not held due to pandemic restrictions. Covid-19.

The contestants are offered a kilo of grilled duck breast, which they must eat within five minutes - with plastic cutlery, for a greater degree of difficulty. However, the degree of difficulty today was greater due to the heat, as the mercury exceeded 30 degrees Celsius.

Bernard Lasba shared the trophy with the oldest competitor, a 97-year-old who managed to eat 350 grams in five minutes.