The police told me not to talk: 28-year-old woman found a safe in her new house, shocked by its contents

She couldn't believe her eyes at what she saw when she opened the safe she found in the house she moved into. 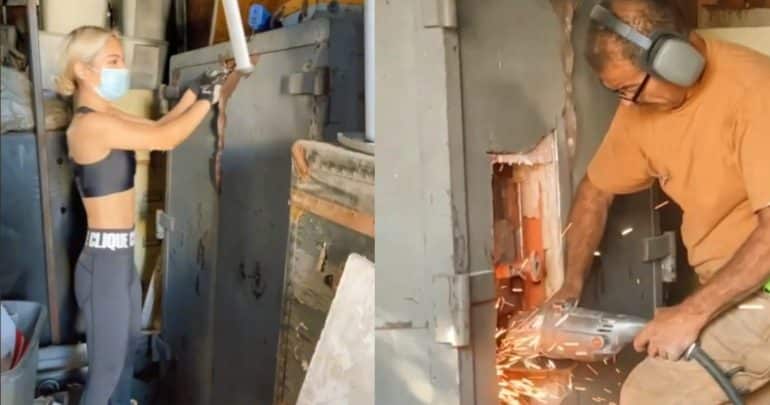 She couldn't believe her eyes at what she saw when she opened it safe which he found in the house he moved into.

H Tiffany Ma she found in the cement safe old coins, blackmail photos and something the police told her never to talk about.

Usually a new house means joy and anticipation of living in it. But in Tiffany Ma's case, things got a little weirder because of a safe she found there.

You see, this residence, he had bought through an auction and as you can easily understand, there were still things of the old owners there. One of them was the large safe, which was cemented.

In fact, the 28-year-old received an anonymous phone call from someone informing her that her new home, had been the target of robbers. Which was confirmed as in the safe, there were signs of an attempted break-in.

So he decided to call a worker to open the safe. To pierce it and then dig it up for precision in order to see its contents.

As you can see in the video, there were old coins, some cards, but also many photos that were definitely used in blackmail, as they showed people in their private moments.

In fact, inside the safe there was something else, even more shocking, about which the police who were called to the house, informed her that she should not talk, as an investigation would begin.