"Bad manta, unfortunately I'm dead": The heartbreaking last letter of the 36-year-old mother to her family

A touching letter left by a woman who died of metastatic cancer has gone viral online. 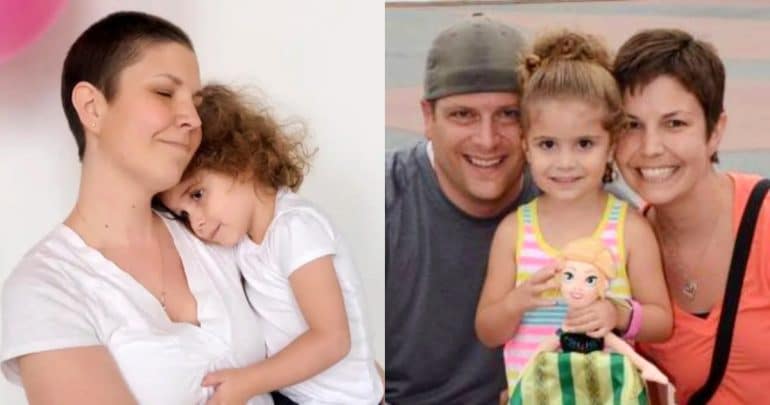 A touching letter left by a woman who died of metastatic cancer has gone viral online.

Heather passed away on December 14, but she had made sure to leave letters to her husband and daughter. Her husband Jeff, one day before her death decided to share them on Facebook and they were shared by other users thousands of times.

How does the letter begin?

“Well… I have some good news and some bad news. The bad news is that, apparently, I'm dead. The good news is that you're alive (unless they have wifi in the afterlife).” Thus begins her letter to her young daughter, husband and friends.

In the letter, which, we warn you, will make your eyes well up with tears if you read it, Heather gives clear instructions: Don't tell my daughter I've gone to heaven, never say "I lost my battle with cancer » and definitely dance at my funeral. 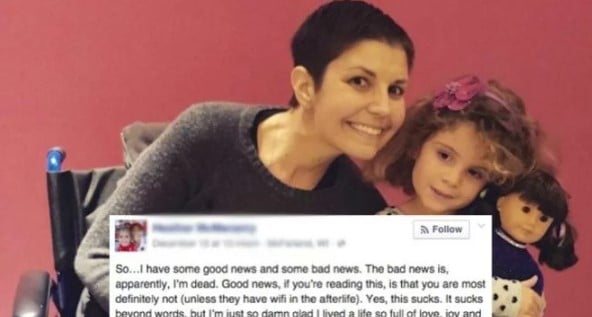 "Please don't tell Briana I'm in heaven," she writes. “In her mind, that will mean I chose to be somewhere else and that I left her. In fact, I would do anything to be with her, and I wouldn't rather be anywhere, ANYWHERE than to be with her and Jeff."

She also asks all her dear friends and family to never say that she lost her battle with metastatic cancer. "Cancer may have taken everything from me, but it never took my love, or my hope, or my joy," she writes. “It wasn't a battle, it was just life, which is cruelly random and unfair. And that's how things sometimes happen." 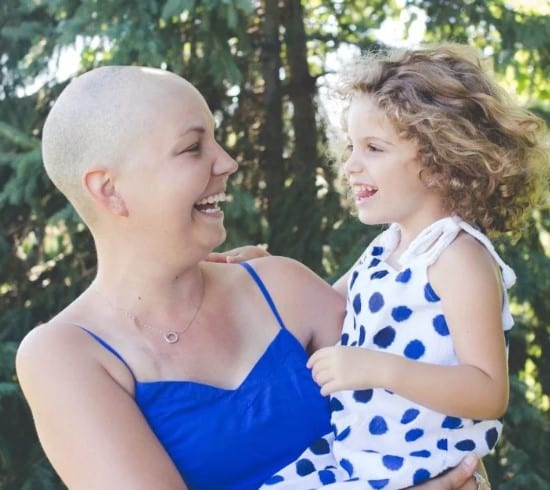 Heather asks everyone to take a few minutes each day to "realize how this crazy life is a fragile adventure."

Her husband says he is overwhelmed by the support he has received. "It's easy to forget sometimes, but all these posts and messages show how much good there is in the world," he wrote in turn.

"If you go to my funeral, please have a bar that would make me proud," Heather writes. "And the good thing I want you to have is a dance party at some point." 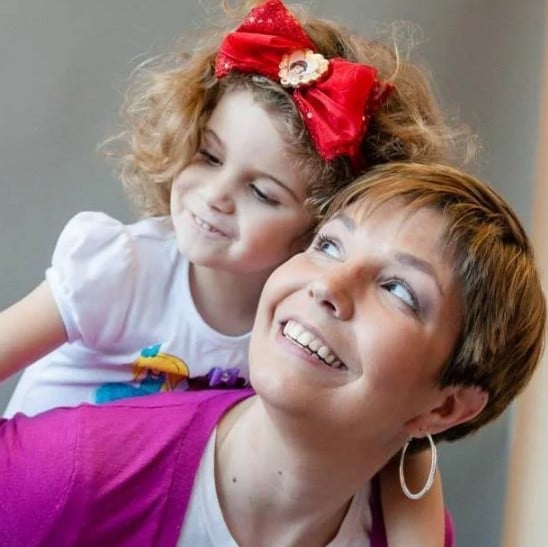 She left a series of letters to her daughter

And if you're not crying already, we've saved the best for last. Before her death, Heather wrote a series of letters to her 4-year-old daughter, one for each important - future - moment in her life, from the day she loses her first tooth. until the day she gives birth to her first child.

In her letter she says of her daughter: "Every moment with her was a happiness that I could not even imagine until she came into this world." 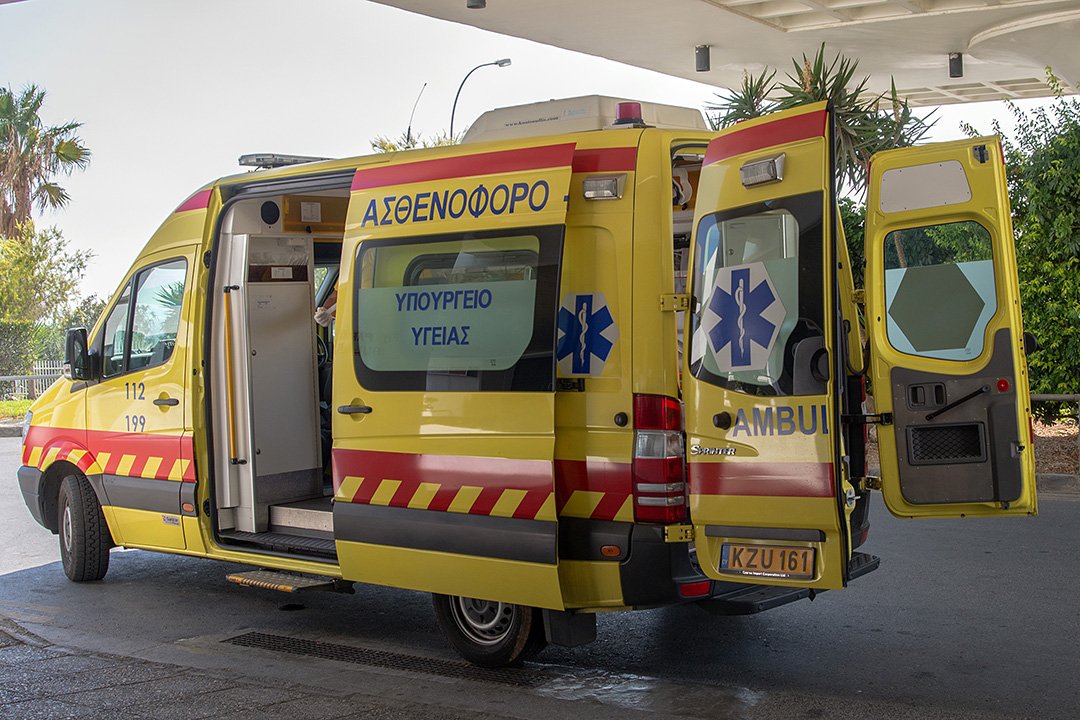