The former flight attendant revealed what she would never do as a passenger after what she has seen during her time working on planes. 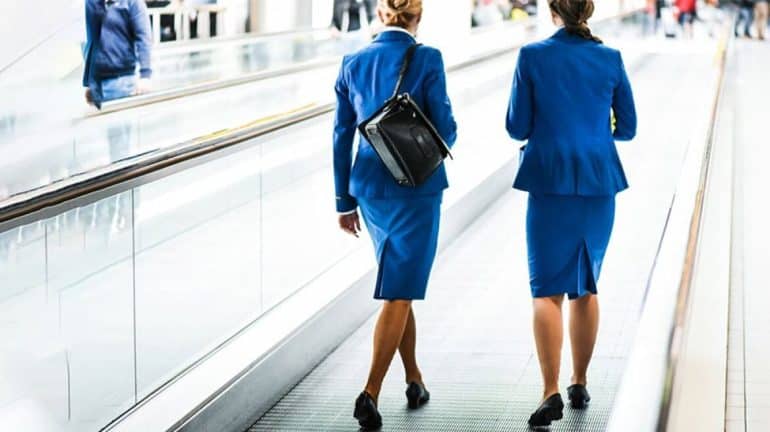 There are many tips for airplane passengers, from former and current employees.

Thus, a flight attendant n Kat Kamalani from Hawaii, decided to share in a Tik Tok video, things a passenger should do, but also what he would never do.

As he mentioned, after six years of working as a flight attendant, he knows very well what those are.

She never boards a flight without her snacks

She initially said that she never boards a flight without her snacks with her, without explaining why.

He wouldn't drink hot water on the plane

He also revealed that he would never drink hot water on a plane, meaning tea and coffee are out of the question.

«The reason is because these water tanks are never cleaned. It's disgusting", he said.

«Kettles are cleaned between flights but the whole machines (coffee maker) are never cleaned… and they are next to the toilets", He added.

In fact, this was also supported by a study by the Hunter College NYC Food Policy Center, regarding drinking water on airplanes.

The study found that seven out of ten airlines did not have good quality water and recommended that people only drink bottled water during the flight.

However, several airlines reacted and argued that this is not the case.

All passengers must obey the flight attendants

The third thing on Kat's list is that all passengers must "always obey the flight attendants and everything they say." Always look for alternative airports and hotels

She also explains that she is always looking for hotels, alternate airports and flights, in case something happens and she needs to change her plans.

Don't reveal too much information to fellow passengers

Her final piece of advice is to never reveal a lot of information for you and your life, to your fellow passengers. E.g. to the one who sits next to you and tries to strike up a conversation with you.

It is worth noting that several of her followers in Tik Tok they mentioned what they themselves do or don't do on a flight.

«I always bring my own blanket", said one woman. "I always have my toothbrush and toothpaste in my bag, as well as facial wipes", wrote another.