Everyone does it, it's very important: The thermal blanket trick for a cool night's sleep in the heat

The viral way of Europeans to cool off from the heat wave with a hot water bottle, hides a very serious risk of injury. 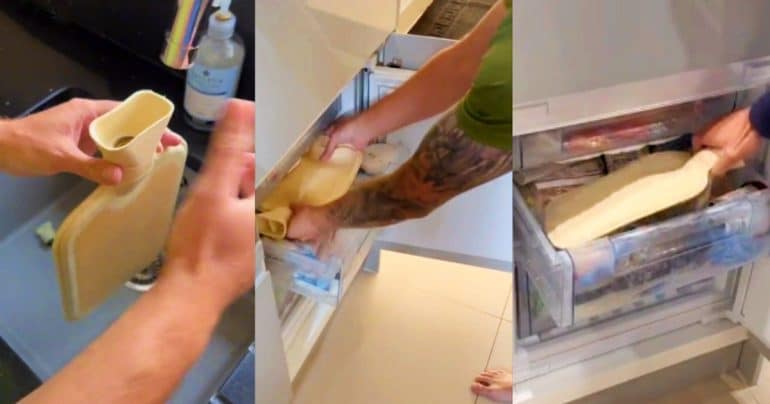 The viral way of Europeans to cool off from the heat wave that is coming at once heat carriers, poses a very serious risk of injury.

The high ones temperatures it is no longer a phenomenon that we only see in England, Spain and many other European countries, as now the same is starting to happen here as well.

But in Great Britain, because they are not used to such conditions, they are looking for every possible and improbable way to cool off. One of those who "plays" quite a bit in TikTok and it's gone viral, he's the one with a thermos.

This person therefore urges people to take the thermos, put water in it and leave it in the freezer until it freezes. Once that's done, you pick her up and put her on your bed to cool off.

But as many point out, if something like this is done, it is imminent danger serious injury in winter. You see the material that the water heater is made of is not meant to receive cold water and when it freezes, it basically destroys it.

Which means that in the winter with the hot water, it may leak or even burst, causing Burns to whoever has it on him.

Watch the video on TikTok