Those who belong to these 5 zodiac signs are considered "ideal" fathers! 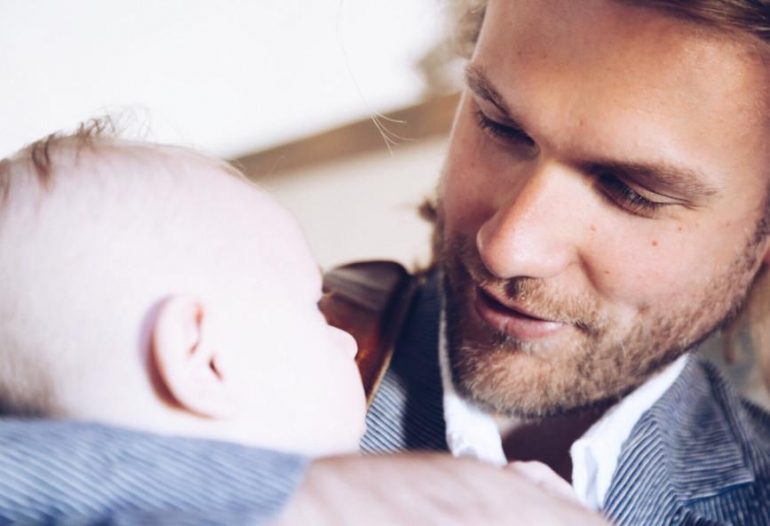 Aries - The protector!
Aries can become the most consistent and protective parent. He is the man who, as soon as his child is born, will fulfill all his other obligations and will dedicate himself to it. He will build his world around his child and everything else will come second. He will always be on the cheetah and will not be able to find peace if he does not know that his child is healthy, safe and away from danger.

His life, in fact, starts from the moment he takes the child in his arms. There, his world changes and he understands that he unjustly ran left and right, in order to become professionally professional and to be completely competitive in what he does, as the essence is in the family. He may not feed or bathe him like his mom would, but he will become his mentor, his role model and teach him all the right values ​​in life. She will dedicate quality time to him, so that she can play with him and slowly shape his personality.

In addition, he will try to pass on to him whatever knowledge he has, so that he can better fortify himself as a personality and achieve more things than he does. Finally, he will give him as much material goods as he can, as he wants his child to have much more than he had at his age, thus creating a more secure and successful personal path.

Taurus - The person in charge!
Father Taurus is father and mother together! He does not believe in gender-specific labels and behaviors, and tends to treat his child in the best possible way. He considers that the personality of a child is very fragile and he does not think of letting a third woman (the baby-sitter or even his grandmothers!) Raise his child. This child is under his responsibility and will give him what he has and does not have.

Taurus is not limited to material goods. He attaches great importance to his emotions, to his psychology, to his education, to his education and to the completion of his child as a personality. He will receive the best possible education, while at the same time he will take care to offer him the proper entertainment and fun. For example, they can develop their artistic pursuits together, either by going to the theater, cinema or some concerts, or they can send him to do some sporting activity and closely monitor his development.

Taurus is so generous as a human being that he will put himself in second place and his goal is to find the right time for his family. Finally, he knows how to get involved in the character of his child. He knows how to make it strong and independent and if he ever has to fight it, then he does it in the most correct and didactic way.

Cancer - The tender!
Father Cancer is the ultimate paternal figure. He is a born father, he just does not know. Once his child is born, then his whole world changes. He becomes the most loving and tender father there is. She is always by his child's side, to meet his every (reasonable!) Wish and to offer him as much as he can. It is the sign that will be interested not only in the education of the child and his proper upbringing, but also in his habits, friendships and friendships.

She is very interested in him and is very afraid that something bad will happen to him or that he will get involved somewhere he should not. Unfortunately, no matter how much he does not want to, he is very likely to be pressured by his excessive love and anxiety. In general, he feels that he must protect it from all the dangers of life and be there whenever his child needs him. Cancer is not only like that with his child, but also with his wife.

He loves his family and wants to have them protected, under his loving wings. He wants to learn everything, not to control them, but to sleep peacefully. His heart is made of gold and it will be very difficult for him to spoil his bowel, with the result that this, at times, becomes extremely demanding and spoiled. In any case, the support given by the father Cancer is rare and will make his child very, very happy!

Leo - The caring!
Most of you know Leo as the absolutely dominant man, who always wants to pull the spotlight on him and be the center of the world. But that changes when he becomes a father. As soon as paternal affection comes to the surface, then he puts his child above everyone and everything. The child becomes his number one priority and is likely to find two or even three jobs to provide his son or daughter with all the goods in the world. He wants to believe that he can offer him everything and that his child will never have any complaints from him.

Sometimes, no, he is so overwhelmed by his anxiety to be perfect, that he forgets his strict and disciplined role. In short, no matter how much Leo maintains the profile of the head of the family, as soon as his gut asks him for something, he forgets his "I" and runs to satisfy any crazy desire of the child. It should be noted that the sector that does not lose the measure at all is in the financial sector.

With a husband and father Leo, the family will never be hungry or in need of something and not already have it on their table. And not only that! As soon as his child is born, Leo starts saving immediately, in order to give him a safe and comfortable future, without financial problems and deprivations. Finally, Father Leo puts the child's opinion very high and will never betray his trust, even when the issue is minor.

Libra - The giver!
Once his child is born, father Libra focuses all his energy on it. All he cares about is that he will offer him the most possible things. He knows how to give and that is his main concern. Libra will teach his child how to be polite to those around him, how to have good manners, even where he is not needed, and how to be formal and kind to everyone.

In addition, he is extremely emotional and affectionate and will waste a lot of time fully understanding his child's character and helping him bridge any issues he has with the children he is dating. Still, he strongly believes in freedom of thought, movement and initiative and will push his child from an early age to spread his wings and do what he really likes. There are no voices or fights for Father Libra. Even when he disagrees with something that his child is doing, he will say his opinion loudly and freely, in order to bring it to the right path, even if he does it afterwards, frowns or has nerves and holds bad breath.