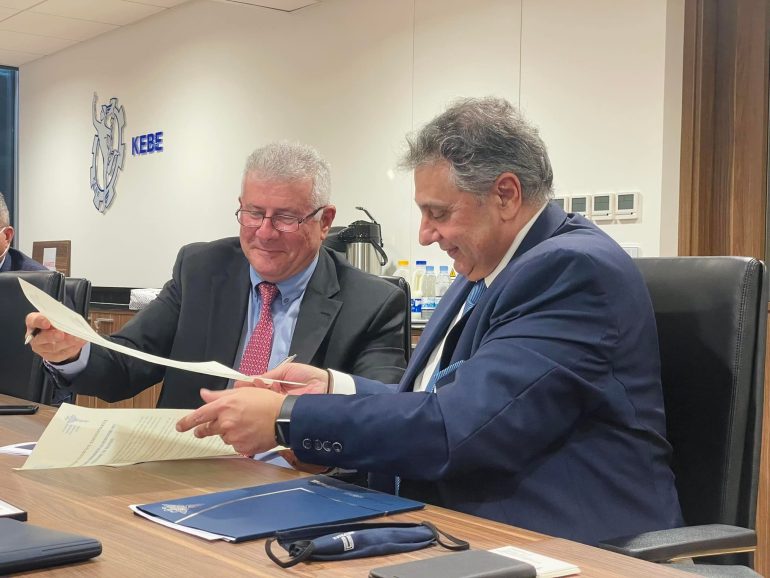 Joint initiatives to strengthen business relations. The Protocol was signed by the Presidents of the Chambers, Messrs. A. Papathomas and V. Korkidis

The 50-year close cooperation of the Chambers of Famagusta and Piraeus, takes on a new form and expands with the signing of an Updated Twinning Protocol.

The signing of the new Updated Protocol took place on November 30 in the presence of the Minister of Energy, Trade and Industry Mrs. Natasa Pileidou, the Minister of Health Mr. Michalis Hatzipandelas and Ms. Sofia Pougounia, Head of the Office of Economic & Commercial Affairs of the Greek Embassy in Cyprus at the offices of the CCCI. 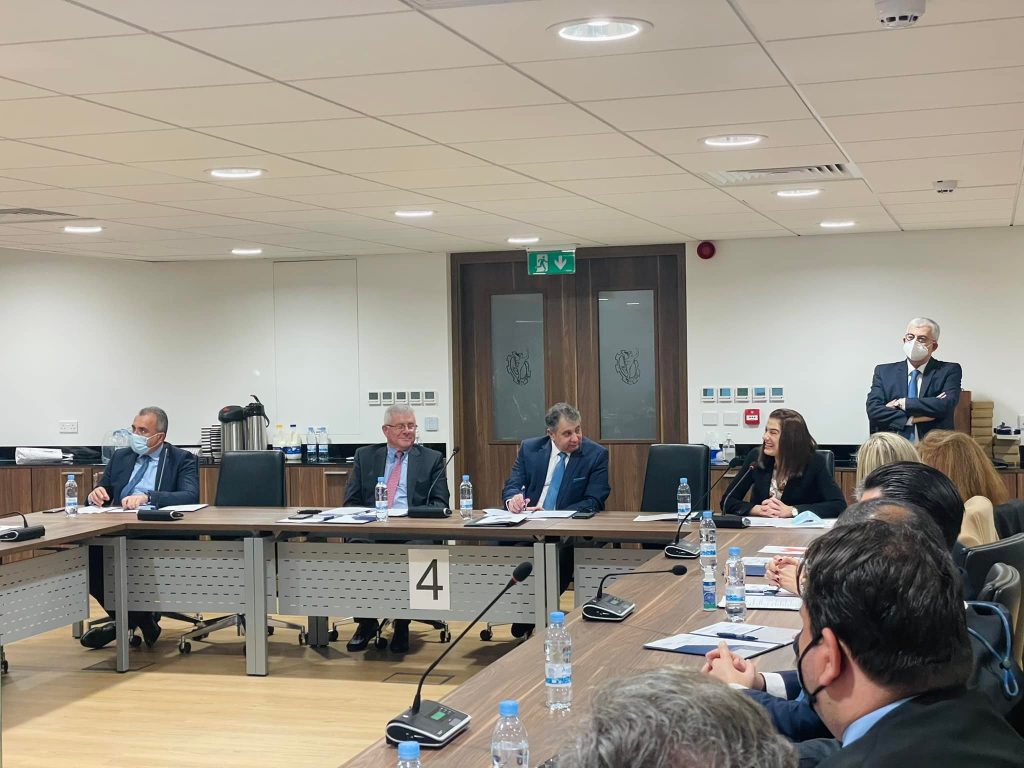 The new Protocol updating the previous one signed on September 24, 1971, between the two Chambers, includes the following: 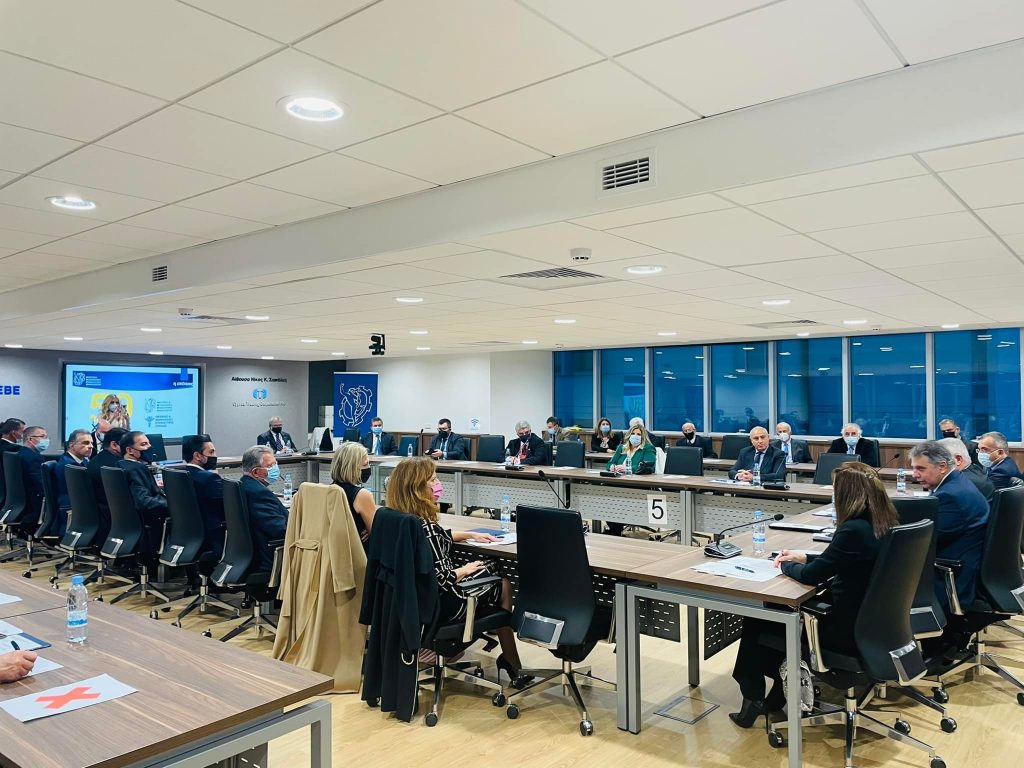 During the signing of the Protocol, the Minister of Energy, Trade and Industry Mrs. Natasa Peleidou said, among other things, that "unfortunately the Turkish invasion of 1974, canceled the dreams and planning of your progressive and productive predecessors, who were inspired to conclude the Twinning Protocol, between the then prosperous cities and ports of Famagusta and Piraeus. further development and deepening of the economic and trade relations between Greece and Cyprus ”.

Through all kinds of special survival challenges that we have to face today in Greece and Cyprus, said Ms. Peilidou, these business activities contribute to our determination as a Government, to deal with them effectively and to overcome them successfully.

For his part, the President of EBE Famagusta Mr. Augustinos Papathomas stated that in 1971, the Chamber of the then prosperous city of Famagusta, had concluded and signed a Twinning Protocol with the respective Chamber of Piraeus, aiming at the development of financial relations and , in the fields of trade, industry, services, but also in the cultivation of the relations between the two cities on a cultural level. 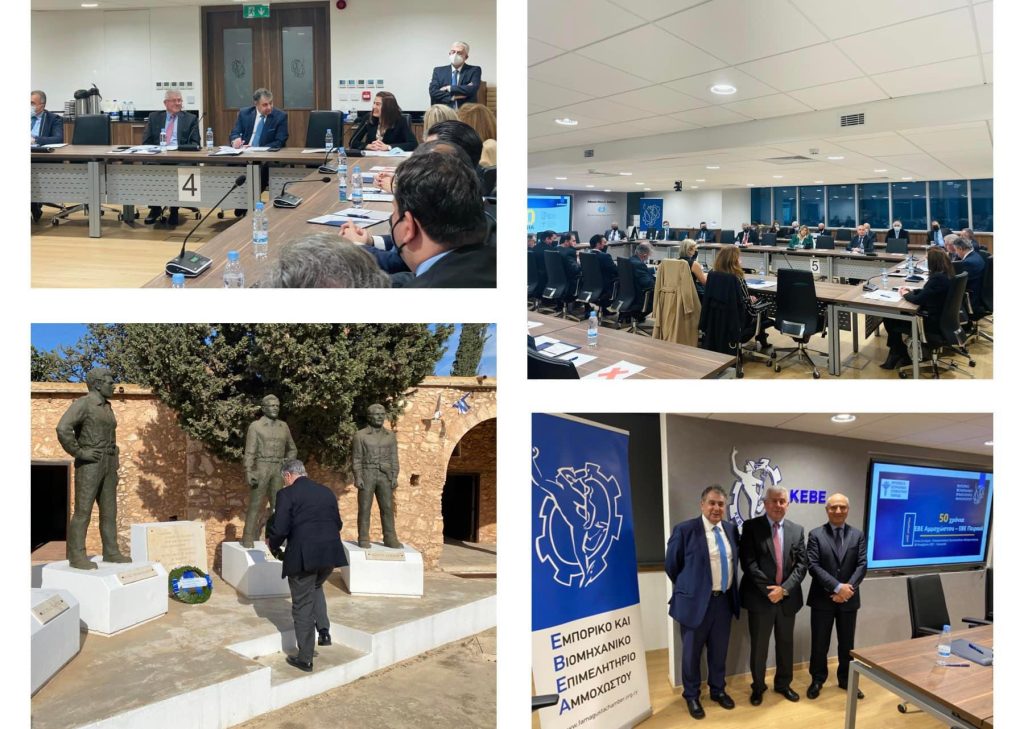 "Unfortunately," he added, "the barbaric Turkish invasion of 1974 overturned plans to implement the provisions of the Protocol." He also said that the contribution of the Piraeus Chamber in the years after the invasion was significant, to the displaced, refugee Chamber of Famagusta, both financially and with other ways of help and support. During these first years of exile, he offered, through the Chamber, a total of six scholarships to the needy from Famagusta, to study at the Higher Industrial School of Piraeus.

The new Protocol, he pointed out, will expand the cooperation of the two Chambers for mutual benefit.

On his part, the President of EBE Piraeus Mr. Vassilis Korkidis stressed that the two Chambers can greatly contribute to bilateral business cooperation between the two countries.

As he said, the E.B.E. Piraeus is once again ready to support the Chamber of Famagusta, which remains alive and active, always with the primary goal of settling in its headquarters and area of ​​responsibility. Our vision is the organization of an Economic Conference with an expanded agenda, for the further strengthening of business relations and the development of synergies, but also the defense of the well-understood interests of Greek and Cypriot companies, which are active at all levels of the economy, with the shipping activities to "lead" these activities, at the forefront of the ongoing, again, effort to develop the Cyprus-Greece ferry connection.

At this time, he added, there are a number of areas for the development of actions of common interest but also in the exchange of know-how. The E.B.E. Famagusta was, is and will be, one of the living and active cells of the Cypriot business. In closing, Mr. Korkidis pointed out that we support every initiative of the brother Chamber, primarily those related to the defense of the interests of Cypriot business and we emphatically condemn the Turkish provocations that seek to change the status of the enclosed city of A.