PARALIMNI: Great success for Rodolfo Andreou - He broke the record in the 1500m. free

What is the performance of Rodoflou Andreou, from the Nautical Club of Constantia, in the record he broke - See the results of the games 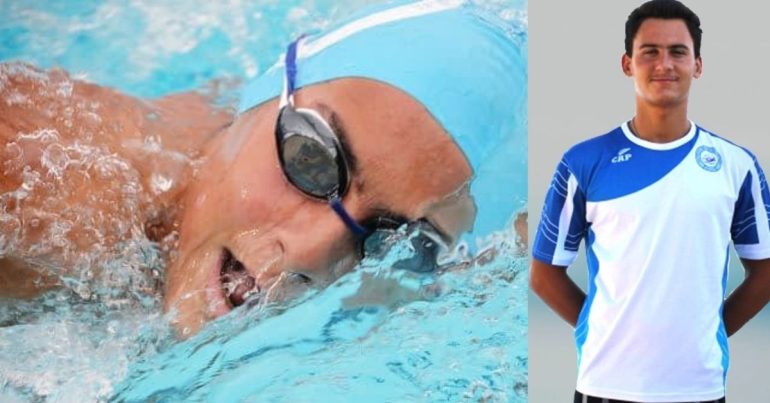 The Pancyprian Individual Games at the Nicosia Olympic Swimming Pool, which took place from 25 to 27 February 2022, have been completed.

The first day of the Pancyprian Individual Swimming Games, which started on February 25 at the Nicosia Olympic Swimming Pool, ended with two new pan-Cypriot performances.

Rodolfo Andreou of N.O. Constantias at 1500m. free with a performance of 16.26.75, broke the record in the children's category.

The second record of the races came from the swimmer of N.O. Nicosia Alexis Iakovidis at 50m. children's supine with a time of 27.27, improving the record held by the idiot with 27.52 from last December.

The races continued on Saturday, February 26 with a second new pan-Cypriot performance by Alexis Iakovidis of N.O. Nicosia.

Announce in detail the results of the games here