He assured her that the Municipality of Ayia Napa will always stand by the occupied Municipalities. 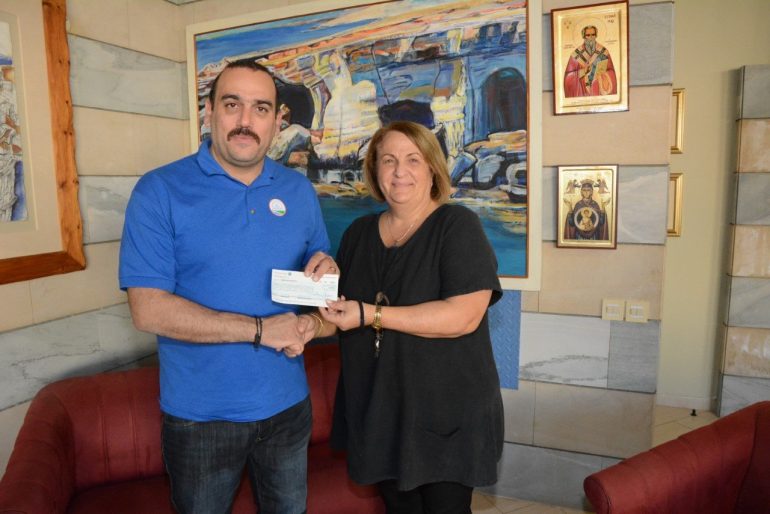 Yesterday, the Mayor of Agia Napa, Mr. Giannis Karousos, had a meeting with the Mayor of the occupied Lefkonikos, Mr. Zina Lysandrou Panagidis.

During the meeting, the two Mayors exchanged views and discussed the possibilities for future cooperation.

On the occasion of the meeting, the Mayor of Ayia Napa handed over to his counterpart a check for 2.000,00 euros to be used in the future maintenance of the church of the Savior in the White House.

Welcoming the Mayor of Lefkonikos, Mr. Karousos, assured her that the Municipality of Ayia Napa will always stand by the occupied Municipalities and will be a helper in such efforts.

For her part, Ms. Zina Lyssandrou Panagidi expressed her heartfelt thanks for the generous offer of the Municipality of Ayia Napa to its occupied Municipality, noting that such actions prove the solidarity between free and contested race in the Municipalities of Cyprus and their entourage. return.