The Supreme Court allowed the appeal and increased the sentence 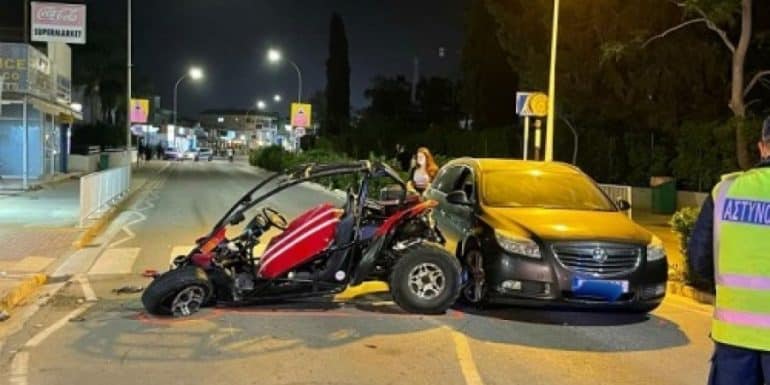 Yesterday the Supreme Court unanimously accepted the Appeal of the Attorney General of the Republic for the inadequacy of the sentence imposed by the District Court of Famagusta in a fatal traffic accident that occurred on 04.05.22 in Ayia Napa with the victim being a 45-year-old Swedish citizen.

The victim was in Cyprus on vacation with her 5-year-old daughter. The unfortunate Swedish woman, during her attempt to cross on Island Avenue in Ayia Napa on a controlled and properly marked pedestrian crossing, was dragged by a passing Buggy-type motor vehicle driven by the accused, a 26-year-old English national.

The Buggy driver had initially collided with a vehicle that was waiting for the pedestrian to cross and then violently collided with the victim throwing him meters away. The accused driver left the scene leaving his victim helpless.

The Famagusta Court had imposed a prison sentence of 12 months and deprivation of the right to drive for 18 months.

The Attorney General of the Republic immediately gave instructions to file an appeal for the inadequacy of the sentence. The Supreme Court on 1 December 2022 accepted the appeal and increased the sentence to 2,5 years in prison sending the appropriate messages to the society that provocative, selfish driving behaviors, which result in the loss of human lives, should be addressed with rigor.