Hundreds of complaints in Britain about holiday adverts in occupied territories

The ads were aired by the national television channel ITV 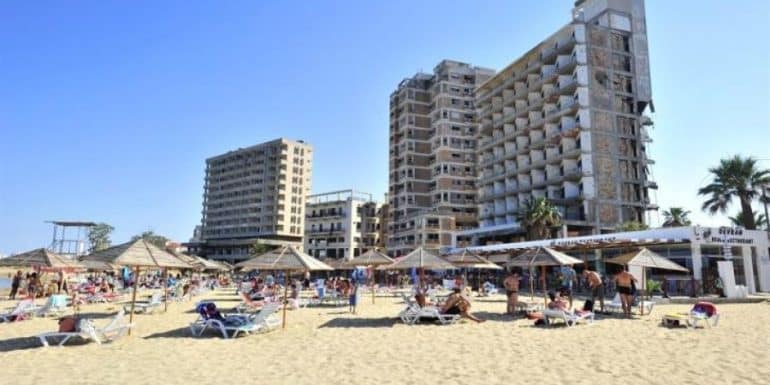 Advertisements for occupied holidays shown in 2022 in Britain attracted the third highest number of complaints throughout the year, according to figures compiled by the Advertising Standards Authority (ASA).

The ads were shown on the national television channel ITV, prompting a backlash and a coordinated protest operation by the UK National Cypriot Federation.

A total of 394 complaints were submitted to the ASA by parishioners and friends of Cyprus asking for a ban on the display of the adverts in question.

In January, when the advertisements of the so-called "Ministry of Tourism and Environment of the UK" and the British travel agency Direct Traveler began to be shown, British Cypriots expressed strong reactions.

The advertisements regularly showed images of the occupied areas of Cyprus which brought back painful memories and caused disturbance to the members of the Cypriot diaspora, especially to the refugees from these areas.

Their request for an official reaction was implemented with letters on behalf of the National Cypriot Federation from its President Christos Karaolis to the managing director of ITV and to the ASA.

In the letters, Mr Karaolis asked the TV station to "stop airing these adverts, apologize for the offense caused and ensure that adverts for holidays in the occupied territory of Cyprus are never shown on ITV again".

Mr Karaolis also encouraged parishioners to complain to ITV and the ASA, which led to the large number of complaints lodged.

After the strong reaction of the parish, the ASA examined the matter and, to the dismay of the British Cypriots, decided that the display of the specific advertisements did not constitute a violation of the rules.

Nevertheless, the reaction of the Cypriot community was noted through mass mobilization and the number of named complaints.