Pileidou: Increases in electricity and fuel in Cyprus are modest (BINTEO)

"In Cyprus, increases in electricity and fuel are modest compared to the rest of the EU" 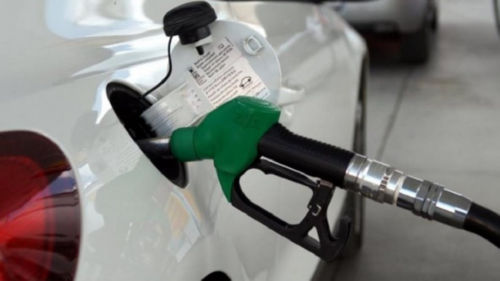 The Front Page hosted the Minister of Energy Natasa Pileidou, who spoke about the increases in electricity and fuel, but also about the country's energy program.

He initially said that the ravages of war were affecting the entire planet.

He added that after the pandemic came the blow of the war with international implications. "In Cyprus, increases in electricity and fuel are modest compared to the rest of the EU." He added that they are closely monitoring the possibility of profiteering in fuel and other products.
He stressed that they are taking long-term and medium-term measures to provide incentives and reduce the cost of electricity.

Speaking about fuel, the Minister noted that the measures taken by Cyprus are much more than other countries. "Cyprus has the lowest tax allowed in the EU and we are one of the cheapest countries in fuel."

He stressed that if deemed necessary, additional measures will be considered which will target the vulnerable. He noted that the reduction of 5% and 9% in the VAT of electricity continues.

As for the deposits of Cyprus, he said that there is an opportunity in all that is happening. "Utilizing our own deposits for our own purposes may be beneficial if done within the framework of an investment plan that will also benefit the company," he said.

He noted that there is a demand and that is why they are trying to find ways to achieve the program for the "Aphrodite" deposit. He noted that they are also waiting for the results for "Glafkos" so that the quantities are transparent.

He clarified that there were delays due to the pandemic, as the drilling program was postponed for 2 years. "The companies remain within the framework of the contracts and if they wish they can speed up the program," he said.

Finally, he spoke about EastMed, emphasizing that the studies are proceeding normally and the investment decision must be made by the end of the year. "Whatever is said, the plan remains."