Dictionary of Cypriot slang: It does not exist! 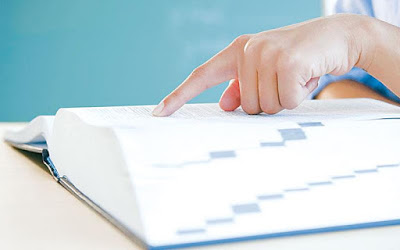 It is not a dictionary of the Cypriot dialect, it does not have an author and you cannot buy it! But it is the first dictionary of Cypriot slang, potentially we can all join its editorial team and it is posted on the internet, giving anyone the opportunity to study it or even reuse its content, freely. In short, "in existence", which goes to say "unique, amazing, exceptional"! So in cySlang, if you type the word "fkioron", don't expect to find what flower means. Because in Cypriot slang it is "one who has low intelligence, who is an idiot". Respectively, the "Chinese" is not someone who comes from China but "the fan of the Omonia football team" and the "sarcasm of the town hall", it can literally mean a big broom, but in the colloquial language it is the one who collects as much as possible from everything around him. "

As we read on the home page of the online dictionary (www.cyslang.com), its goal is to present systematically and vividly one of the least studied aspects not only of the Cypriot dialect, but also of the entire Greek language. It is typically stated that “the gap in the bibliography of linguistic research on slang is already known to those interested. In particular, in terms of dialectical lexicography, we observe that Cypriot slang, which is in fact an extremely rich and dynamic variety of the Greek language, has been treated almost invisibly: this finding is not only due to the absence of relevant studies and / or recording of this linguistic use in dictionaries, but also by the fact that the terms slang or slang itself are opaque to the natural speakers of the dialect ”.

The authors of the project also explain that cySlang includes exclusively popular, youthful and slang words and expressions of modern spoken Cypriot that sometimes come directly from the vocabulary of the dialect and sometimes from more recent vocabulary and loans.

The initial collection and selection of the words was done by the students of the University of Cyprus who attended the course "GEP236 Lexicography" during the academic year 2015-16. In other words, they clarify that this is material that came from primary research and not from the indexing of older works. The processing of the data was based on scientific standards so that the final result, although at first glance it may seem merely entertaining, is perfectly suited to be used as a resource for linguistic research. For this reason, the website also includes scientific bibliography on Cypriot lexicography.

The creators of cySlang invite visitors to keep in mind that slang vocabulary by definition includes several words that are considered obscene, vulgar or offensive, and that browsing the site is not recommended for those who are bothered by this fact. They also inform that the program is open to those who would like to add other words. Each new entry published is accompanied by the author's name, but before it appears on the site, it is checked by a special evaluation committee.

Holy Holland: Leave us alone, come on out!
Weight of oregano: Let them go, the situation is not saved.
For the cups: Useless, incompetent in almost everything.
I give a damn: I stop doing something that I did too much or too long.
You are wrong: The one who is infallible, perfect, flawless.
Zaokasia: Very ugly woman.
Marikkou who Lefkara: Indefinite person, that no one knows.
Thick folds: Quickly, turn it off.
.Ου: An exclamation point that shows disgust, hatred.
Kapira: The one who is completely breastfed, beaten.
Lastiharis: A fan of the APOEL football team.
Malatzin: Old man, lamogio, kumasi.
Noupas: The newly recruited soldier, the young man.
Dry scaffold: Revolving head, dry head.
The apapars: Unbelievable!
I'm going to see where it is: I leave someone alone, I walk away.
Riffy: The helpless follower who follows blindly, without having his own beliefs.
I scan: I notice someone persistently and rather indiscriminately.
I'm shaking: I can't stand what is happening, I'm annoyed.
I don't have a case: I'm not serious, I have no arguments, I'm not saying well.
My cell is leaving: I am very impressed, positive or negative.
Hole of the pit: The one who is disgustingly dirty.
I'm looking for treasure: I clean my nose with my finger.
Nice baby: Very attractive-looking person.

It is noted that the original editorial team was formed by students of the University of Cyprus who attended the course Lexicography during the academic year 2015-16.