2022: A dark year is coming - The 7 creepy predictions of Nostradamus

Will Kim Jong Un die and end in the European Union? 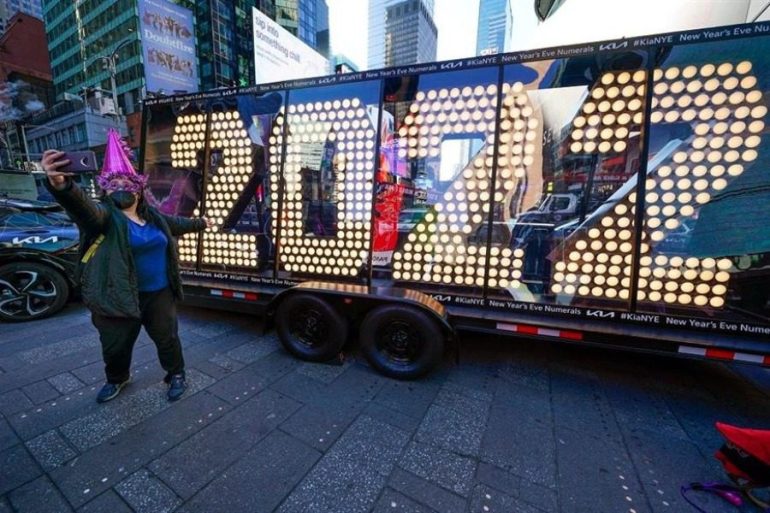 Nostradamus, the famous French (and) astrologer has written some 6.338 prophecies, probably in a dark mood and heavy psychology and every year some people collect some of them, adapt them to our data and present them, constantly waiting for the end of the world.

For the time that comes in a few 24 hours, the British site - tabloid "The SUN" interpreted in the spirit of the day some of the prophecies and presented them to us with the relevant black dress required by the "dress code" of the time, but also the turmoil that always fascinates the reader.

Let's go then. Or rather, before we begin the stories of Nostradamus, let us point out that many of his predictions, such as the rise to power of Adolf Hitler, World War II, the terrorist attacks of September 11, the French Revolution, and the invention of the atomic bomb have been interpreted as accurate. How; Whatever looks crazy to him…

Nostradamus is also speculated to have predicted the coronavirus pandemic in 2020 (not that it would have escaped him), according to his fanatical scholars. According to the Yearly-Horoscope, more than 70% of his prophecies have been fulfilled so far. And where are you still λοιπόν Take a deep breath and dive in 2022 with oxygen the predictions of Nostradamus:

According to the interpreters of the prophecies, Nostradamus has predicted the death of North Korean dictator Kim Jong Un for the coming year. In the 14th quatrain of Centuria IV, he wrote: "The sudden death of the first character / Will bring about a change and may place another character in the kingdom."

Nostradamus believers assume that the "leader" is Kim, and seeing that he has lost weight due to the spread and rumors about his health, they said: "He wrote a box"… The truth is that the North Korean tyrant had not appeared for long enough in front of… his audience and everyone is worried… And we continue.

The third quatrain of Centuria III of Nostradamus is said to predict a strong earthquake in Japan, in 2022. The prophet writes: "Towards the middle extreme / In the depths of Asia they will say earthquake". As if it will be the first time?

A magnitude 5,9 earthquake shook the region of Kanto in October 2021. The damage was many and the most devastating to Tokyo from the earthquake and aftershocks that devastated the Tohoku region on March 11, 2011. Now, the 2022 the Japanese will have lost their sleep from the interpretations of Nostradamus' prophecies. From laughter; Eh, seriousness!

The war returns to Europe

One of Nostradamus' prophecies for next year concerns Paris, according to some interpretations. The French capital will be under siege - signaling a war in Europe. Nostradamus has probably "seen" the French elections.

The writings that refer to it say: "Throughout the big city / There will be soldiers who will be housed in fields and cities" measures aimed at limiting Covid. And of course Paris - let us not forget - was attacked in 2015 by ISIS terrorists who killed 130 people and Nostradamus had more on his mind. Then, 2015 was the deadliest attack in France since World War II. And this year Nostradamus wants the City of Light to darken and the Notre Dame to put her hand…

Nostradamus has written: "Blood and hunger are a greater calamity. Seven times washed up on the beach / Endless hunger, place taken, captivity »… This has been interpreted to mean that wars and armed conflicts in the world are likely to increase hunger. Eeela now? As a result, migration flows will increase. Who are you, Nostradamus?

And experts believe that when Nostradamus refers to the beaches, he predicts that seven times more migrants will arrive on the beaches of Europe than they have reached so far.

Immigration continues to be a major problem for Europe and Nostradamus was not needed to make us worried in 2022.

Did you say Euros? Forget it!

For some, Nostradamus' writings also predict the fall of the European Union - which has been hit hard since the United Kingdom picked up its pounds and left. The French prophet writes: "The holy temples that have a Roman style / The foundations will fall…".

The interpreters point out that the poet wants to say that the Treaty of Rome, ratified in 1957, essentially founded the Union. According to Nostradamus, Brexit was just the beginning and the whole European Union will collapse in 2022. Here, let's say that the French astrologer is not wrong. Poland could already be the first country to follow the UK outside the EU following a dispute between Warsaw and Brussels.

In 2021 there was a very serious prediction that some kind of asteroid would hit Earth. "Fire I see falling from the sky," wrote the astrologer.

The Earth had indeed almost lost the asteroid 2021GW4 from its telescopes this year, although it was not considered an excessive threat by NASA and did not exactly match the astrological prediction of the astrologer. The prediction for 2022 is open and the only asteroid-comet that threatened our planet was that of Leonardo DiCaprio in the excellent movie "Don't look up"…

Among Nostradamus' predictions for next year is the rise of artificial intelligence, which would rule us… He wrote: "The moon in the full night over the high mountain / The young sage with a lonely brain sees it: From his students who are invited to be immortal, Eyes to the south. The hands in the bays, the bodies in the fire ".

As modern artificial intelligence becomes more advanced every year, this warning to "immortal students" takes on a very real meaning.

And when he has drunk a couple of sea breams, you interpret Nostradamus as you see him with the eyes of the soul bathed in alcohol. So instead of waiting for all of this to be verified until the pandemic is over, to take to the streets again without masks of terror and to say with more naivety: Paisios had predicted it, sorry Nostradamus.