Rumors abound about Erdogan's health: Cancer, epilepsy and videos that "betray" him 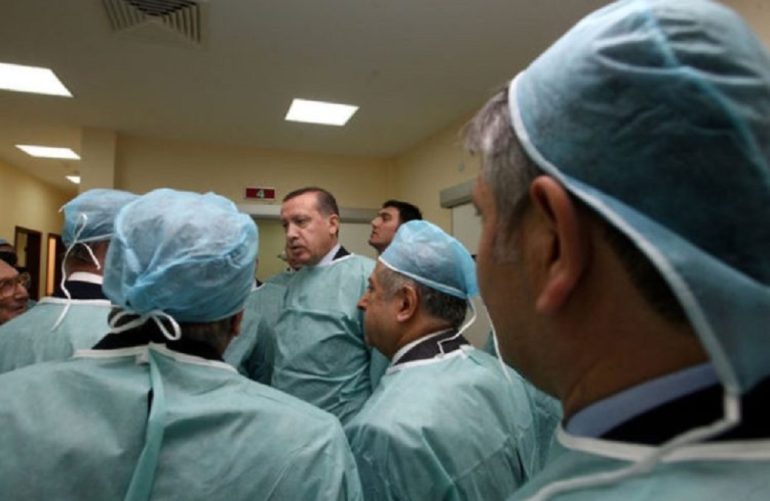 Since 2019, Turkish experts, journalists and pollsters have been covering the Turkish presidential elections scheduled for 2023. This is partly due to the fact that the ruling Justice and Development Party (AKP) suffered humiliating defeats in the last municipal elections in its major polling stations. Turkey, including Istanbul.

Regular polls from these elections reveal that the AKP's popularity Recep Tayyip Erdogan has declined sharply, even if it retains control of Turkey's political institutions and the media.

The Turkish president may indeed be vulnerable before 2023 - just not necessarily the way most people think. "There are indications that he may be too ill to run for re-election," said the prestigious international relations inspectorate. Foreign Policy, in early October.

One month later, the non-existent rumors about the death of the Turkish president brought the issue of his health back to the forefront, following the scenarios that have been circulating frequently in recent years. Something similar, no, happened today when Tayyip Erdogan forgot his words during his visit to Qatar.

The videos in question

In recent months, a series of videos have surfaced in which the Turkish leader did not appear to be doing well. Some of them are not so clear, but together they raise some obvious questions about Erdogan's health.

In one video, for example, the president appears to need the help of his wife and an aide as he stands in front of a series of stairs.

In another, he appears to be confused and having difficulty walking in the mausoleum of Turkish founder Mustafa Kemal Ataturk.

In another video that garnered much interest last July, Erdogan appears to confuse his words during a televised address to members of the Justice and Development Party.

By no means do I want to convey that I recommend for the mother to be inactive. pic.twitter.com/KYFZ5Vhibs

From time to time - according to Foreign Policy- looks quite sad. "Alongside this picture, there are rumors of the president's health - including stories claiming he has increased forgetfulness, bouts of respiratory problems, confusion, vomiting and has had a pacemaker implanted."

According to these allegations, the Turkish president has increased the number of people taking care of him, reduced his meetings with the press and is taking painkillers before public events.

Foreign Policy adds, however, that "these rumors are more often made by people who are outside Turkey or do not belong to his immediate entourage, so the allegations of Erdogan's imminent death may be mere gossip. After all, in other videos, it looks absolutely good. "

Such a rumor circulated in early November, causing unrest in the neighbor.

It all seems to have started with a video of journalist Fatih Tezcan, who said that "you will learn some news that will make you sad, but stand strong", without making any clarifications.

"The messages on WhatsApp about Erdogan's health are coming and going. My political life has been a struggle with Erdogan… I have been wronged in dozens of lawsuits that Erdogan has brought against me. "My only wish is for Erdogan to enter the election process in good health and to be accountable to his people at the polls."

Also, the hashtag # ölmüş (dead) was circulating on social media, with the Turkish authorities launching lawsuits against thirty users who posted "false and baseless" messages and the Turkish president playing… wanting to amuse the concerns.

Erdogan was in the Umraniye district of Istanbul to inaugurate a park. "Seeing some young people playing basketball, he stopped the motorcade and went down to fight with them," the Turkish newspaper Yeni Safak wrote at the time.

However, despite the government's relentless efforts to convince that what is being said and written is nothing more than non-existent rumors, in Turkey and the outside world the feeling is that something is wrong with Erdogan's health.

According to last year's post Nordic monitor, the Turkish president recently underwent surgery to remove a cancerous tumor, while he also suffers from epilepsy.

Reportedly, this poor state of health of Erdogan may also explain his sometimes erratic behavior, outbursts of anger, and conflicting positions that confuse many outside observers.

Citing documents that he claims confirm the truth of his claims, the research website states that on November 26, 2011 - at the age of 57 - Recep Tayyip Erdogan underwent a long operation in Istanbul. In 2012, a second operation followed.

The surgery was then performed at Marmara University Hospital by a team of nine surgeons led by Burgas and his assistant, Dr. Balik.

According to what he reveals, the cancer was revealed in an examination, when the Turkish president had complained about digestive problems. After examinations, he was informed that he was suffering from stage 3 cancer.

A surgeon who participated in the pre-surgery consultation of the current Turkish president, revealed (without revealing his name) to the Nordic Monitor that Erdogan underwent chemotherapy, but not radiation, which allowed the president as much as possible to operating.

"Patients who have undergone surgery for this type of cancer can live healthy for up to 20 years," the surgeon said on the website.

According to the same source, Erdogan also suffers from epilepsy. On October 17, 2006, he was on his way to the National Assembly when he had a crisis. He was immediately taken to the nearest hospital, Güven. His office issued a statement saying his blood pressure had dropped due to fasting for Ramadan.

At the hospital he underwent a computed tomography of the brain. He ordered the removal of all nurses and administrative staff, and there was never a formal discharge.

Journalist Serdar Ozoi was the one who took the photos of Erdogan while he was being transported to the hospital. He was arrested by the president's bodyguards.

According to the Nordic Monitor, the neurologist Dr. Fethiye Sümer Güllap was the first to examine Erdogan, revealing that the president was suffering from an epileptic seizure. Later, the doctor reported that the relevant documents disappeared from the hospital. The doctor died at the age of 42, under suspicious circumstances.