Why are shipping companies worried about the embargo on Russian oil? (Video)

The sanctions, under the current fifth package, concern ships under the Russian flag, which can not reach EU ports. except for a few exceptions. 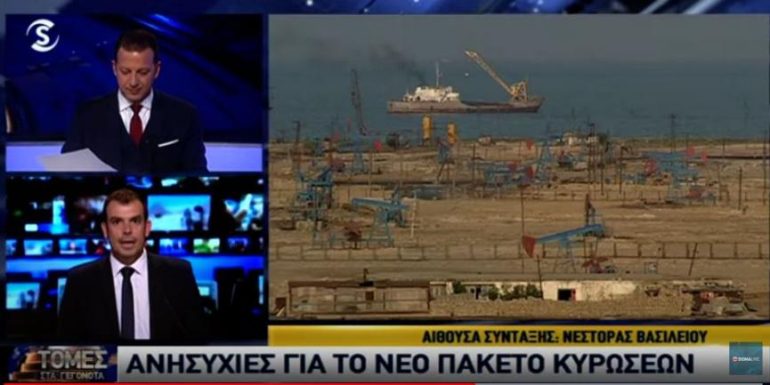 The sixth European package of sanctions against Russia is at the heart of the debate, with the embargo on Russian oil in the spotlight.

The spotlight is on Russia and Slovakia, which are heavily dependent on Russian oil, and the first information raises concerns in the shipping countries as well.

The German "yes" to the embargo on oil imports from Russia paves the way for final decisions, which are expected by the middle of the month.

Yesterday afternoon, the Commission "sealed" the sixth package, which is sent for approval to the countries.

The shipping countries are said to be particularly concerned about the possibility of imposing an embargo on the transfer of Russian oil to third countries, according to information cited by the Athens News Agency.

If this is the case, say shipping circles in Economy Today, then it is clearly a contradiction with the principle of sanctions as the blow to European shipping will be huge and bigger than the blow to sanctions in Russia.

If, for example, a Cypriot-flagged ship is barred from carrying Russian oil to China, then companies will rush to change their flag and resort to those outside the EU. to fulfill their contracts.

It should be clarified that the sanctions, in the context of the existing fifth package, concern ships under the Russian flag, which can not reach EU ports. except for a few exceptions.

Things are expected to clear up in the coming days as countries make changes.

In the event that the provisions of the sixth package of sanctions in Russia are such as to create vital problems in the shipping sector, Cyprus will not be alone.