These are the winners of the Time Out Eating Awards 2017 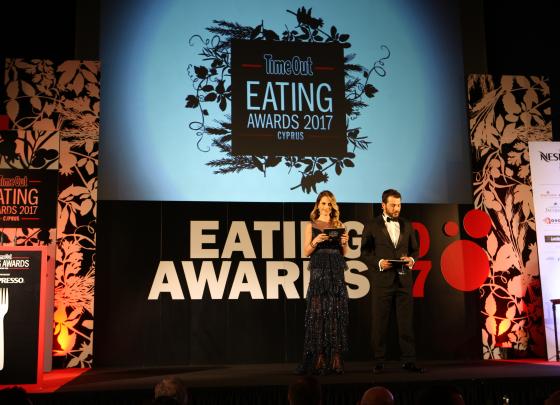 The Time Out Eating Awards 2017 presented by Nespresso and strongly supported by the Bank of Cyprus.

The institution that rewards taste has returned again this year, awarding the best of the year!

13 years, we award the flavors that stood out in the year, 13 years we present the best of gastronomy, 13 years Time Out Eating Awards, the biggest culinary event of the year.

The Time Out Eating Awards took place this year for the 13th consecutive year with great success on Tuesday, November 28 at the Royal Hall in Nicosia. The best restaurants in Cyprus for 2017 were awarded there. The institution was presented again this year by Nespresso and was strongly supported by the Bank of Cyprus.

Time Out magazine, the ultimate entertainment and leisure guide, organizes the top and most trusted gastronomic awards, with the goal of both upgrading domestic gastronomy and rewarding worthwhile endeavors.

Both the restaurants and the readers of Time Out showed great interest in the top culinary event of the year, who supported the institution with 78,506 votes, a number that shows the practical love of the people for the awards.

Presenters of the evening were the presenter Doretta Papadimitriou and the winner of Survivor George Angelopoulos.

See all the winners here