PARALIMNI: The 22-year-old Antonis who suffers from total alopecia - Bullying and the advice that changed his life (VIDEO)

Antonis shocks: "At school there were children who took stones or wood or irons and hit me on the head or said 'what is the bald man looking for here?' - Watch his interview on Famagusta.News 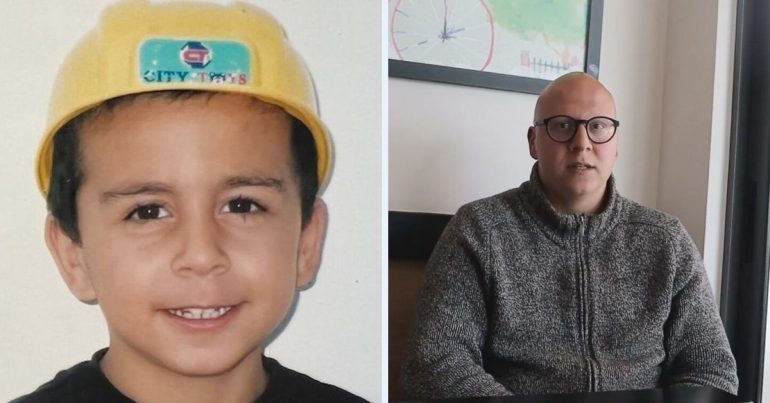 Antonis Ephraim Zembasis is a young man, 22 years old from Paralimni, who has been suffering from alopecia since the age of 3. This did not stop him from smiling and dreaming, constantly setting new goals in his life.

Alopecia became more widely known after the episode at the Oscars, with Will Smith to slap him Chris Rock presenting one of the awards she thought she could "joke" with Jada Pinkett Smith's hair loss.

It is an autoimmune disease that causes hair loss. Its severity varies from person to person, but can result in an episode of hair loss in some or lifelong hair loss in others.

As Antonis reports exclusively to famagusta.news, in his own case the alopecia occurred during a simple operation to remove tonsils that he did at the age of 3 years. Due to a medical error, the child woke up and saw the doctors at the time of the operation. This resulted in him being shocked and losing all his hair.

The story of Antonis is shocking since, describing his childhood and school years, he remembers his classmates hitting him on the head with various objects. It also calls on all parents to show their children that there is no difference and at the same time to teach them to accept the world as it is.

"What is the bald man looking for here?" To go home "

Antonis, among other things, refers to an incident that injured him after he fell victim to bullying in a cafeteria. Specifically, he told us, “Recently, I went to a cafeteria with some of my friends to drink our coffee, but this outing was going to make me very unhappy. "When I went to order my coffee, a group of men and women in a vulgar way in my opinion, asked me what the bald man was looking for here, to go home."

The role of the family in the life of Antonis Ephraim

According to famagusta news, the family in his life is the one that paved the way for him in life. He thanks his family for the important role he played in his life, likening it to the cross he always has on him, showing us how sacred the family is to him.