Tunis - Pregnancy: "I was bitter, they wrote whose child it is"

"I think it is unnecessary for a girl who has been in a relationship with a boy for a long time and shows it on social media, to say 'whose child is it'" 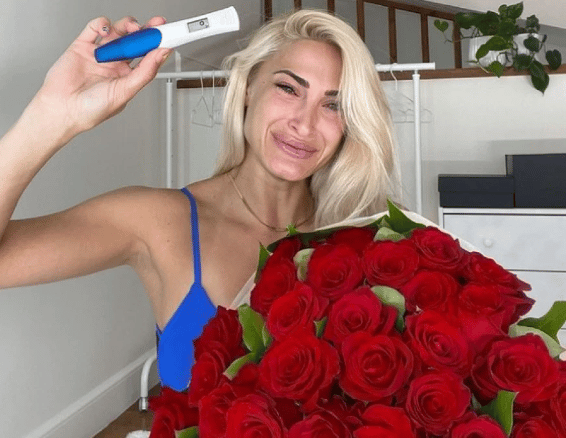 Ioanna Tunis in her television interview mentioned her pregnancy and the bad comments she receives via Instagram. On the camera of the show Happy Day, the instagrammer commented on her bitterness when her followers wondered whose child she is pregnant with, since she had not tagged the father in the post, with which she announced the happy event

Regarding the number of comments she received about the father of her child, she replied: "It seems funny to me. I think it is unnecessary for a girl who has been in a relationship with a boy for some time and shows it on social media, to say "whose child is it?" Should I have made a big tag on Dimitris Alexandrou's photo? People are often looking for things to say, because their miserable everyday life is to blame and they are looking for things to say. The trend of "keyboard smarts" is a phenomenon that is very present today.

Speaking about the ill-intentioned Internet users, Ioanna Tunis emphasized: "Very rarely will I enter the process of blocking because I'm bored. If I were to block them all I wouldn't have anything else to do in my day. Also, the haters raise the engagement on social media, so let them exist too."

Dimitris Alexandrou in a recent interview on "Smile Again" also made a revelation regarding his marriage with Ioanna Tunis. "Ioanna is in her 5th month, we are swelling. We'll see where we stay. The most important thing is that the first time the child comes, we should be together. Whatever decision we make at that moment should follow each other. A wedding will obviously take place. But not now. Because he would want Ioanna and I to have a good time."

“Her pregnancy is not very good. He was throwing up a lot, even now. He suffers in this part. He cannot eat, he cannot enjoy it. This part affects you a lot. Thank God we don't have any health issues and when the baby comes into our hands, we won't even remember it," he commented.