A psychologist explains everything that happens in an abusive relationship

If we are friends of a girl who is in an abusive relationship, how can we help her? What can we do to protect ourselves from such a relationship in the future? 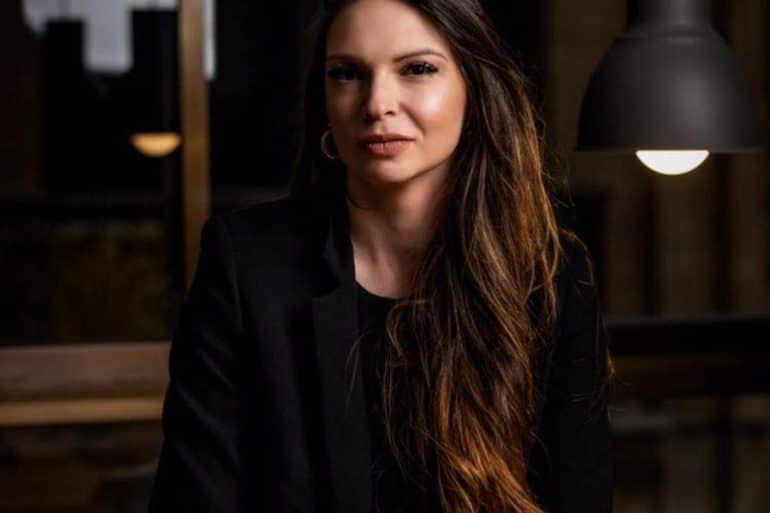 Themis Maria Papamitouka, Psychologist - Psychotherapist, answers all our honest questions. How do we recognize the signs? If we are friends of a girl who is in an abusive relationship, how can we help her? What can we do to protect ourselves from such a relationship in the future?

What would you say are the warning signs of an abusive relationship?

The signs are not as obvious as one might believe at the beginning of such a relationship. If we could look for a first indication as an impact of abusive behavior is the fear we may feel towards our partner. That is, to be afraid to say what we think, to raise certain issues or even to say no to sex. Whatever the reason, fear has not put you in a healthy relationship. Usually, physical abuse is not always the first priority. Relationships can still be toxic or abusive even without physical abuse. Often, the first signs come through emotional and verbal abuse, such as threats, insults, constant surveillance or "checking", over-texting, and gradual humiliation, intimidation, isolation, or even persecution.

"He will not hesitate to accuse her of having a parallel relationship, to reduce her at every opportunity, to criticize her, to intervene in what she will wear"

Abusive behavior tends to escalate gradually. Many times the abuser will blame his partner for almost anything wrong, he will tell her that "you make me lose my patience" or "you made me do this". He will not hesitate to accuse her of having a parallel relationship, to reduce her at every opportunity, to criticize her, to interfere in what she will wear, even to threaten her that he will kill herself or someone close to her.

To throw things or hit the wall with fists when he is angry, as well as to prevent in direct or indirect ways his partner from having money and being financially independent. Whatever the intensity of the warning signs, one should take them seriously and do not hesitate to seek help if one feels any difficulty in getting out of such a relationship.

Does an abusive man have a specific profile?

The psychological profile of an abusive person includes a lack of emotional control. They find it very difficult to express and process their emotions and lack empathy. That is, the ability to identify emotionally with another person's mental state, and to understand his or her behavior and motivations. Many times, abusive people believe that they have the right to control and limit their partner's life either because they believe that their feelings and needs should be the priority in the relationship or because they like to exercise the power that a such abuse… Abuse is a learned behavior.

"Abusers believe they have the right to control and restrict their partner's life or because they believe that their feelings and needs should be a priority."

Why do we not understand it easily?

An abusive relationship is related to both controlling one's thoughts and emotions and physical violence. Every form of abuse causes a sense of confusion, fear and cultivates a sense of inferiority in the abused partner, "it's my fault, I deserve it". For this reason, it can be difficult to see one's partner's actions as they really are.

Apart from the obvious abusive behaviors, are there any that you would say are underground?

Abusive behavior gradually escalates, so in the early stages it can be presented in a covert way. Many times, controlling behavior in the beginning can be masked under the veil of interest in the partner. In the context of the need to engage their partner, they will not hesitate to say "that he is the only person they can talk to" and "that they have never felt loved by anyone". But the goal of this behavior is not emotional reciprocity but addiction. Like the unrealistic expectations they have of the relationship, for example, "I am what you need", "no one will love you as much as I do". Underground abusive behaviors can also be considered complaints about the partner's family and friendly environment, targeting them as creating problems. This behavior, however, aims at the gradual isolation of the individual. Thus, the partner is isolated and is not allowed to make any decision or have friends. Violence intensifies when the person is cut off from his immediate environment and isolated. Until then the person feels trapped.

If we are friends of a girl who is in an abusive relationship, how can we help her?

Women who experience an abusive relationship often turn to family and friends to share their experiences and receive support. If our girlfriend is in such a relationship, it would be good to listen to her. It is very important to give her space to express her feelings no matter how difficult it may be for us.

"Abuse is a learned behavior"

Avoiding to urge her not to cry. We must remember that we become neither "saviors" nor "interrogators". We should not force our girlfriend to make decisions, as this can have the opposite effect. It is helpful to avoid telling her that "I do not understand why you are staying with him".

As well as to criticize any of her reactions directly or indirectly. For example, we do not ask why he did not leave earlier. But we ask clearly what kind of help she would like us to offer her, e.g. we ask: do you want me to know where you can turn for help? And help her make a plan to get out of this situation. We avoid making promises that we cannot keep, and we seek help from specialized agencies to help our girlfriend.

In case we suspect that our girlfriend is in an abusive relationship, when we talk to her it is useful to ask her if something is wrong, to talk to her specifically about what concerns us and to listen to her carefully. She may be reluctant to speak out if she fears the situation will get worse or if she is threatened by someone. Let her know that you are always there to talk and that your conversations are always private. Offer your help and support her choices.

Is there anything we can say and take it away from us instead of helping it?

Often, friends and family take it as a personal problem and can share views that will be harmful and lead to the opposite result. For example, such thoughts are: "why do not you leave?", "Relationships are not perfect, all couples have problems", "how could you let him treat you like this, I would never let this happen to me", "He always looks so good! I really do not think so. " These views incriminate and constitute accusations against the person who accepts the violent behavior.

"It can happen to anyone"

Leaving an abusive relationship can be said to be the most difficult and often the most dangerous moment. There must be a support network to be able to do this. Our friend who is in such a relationship, does not seek perfection, but respect, dignity and a life without threat and fear. The abuse of women is, unfortunately, a global issue and does not concern specific types of people. It can happen to anyone.

What can we do to protect ourselves from such a relationship in the future?

It is very important to trust our feelings. If something does not seem right to you, take it seriously! Keep in touch with your family and friends. Choose people in your environment who have common values, goals and feel emotionally secure.

Listen to your needs. Learn the warning signs of someone who may become controlling or violent. Do not hesitate to seek professional help. It is important to remember that no human being deserves this kind of behavior and it is not due to some action of his own. Make sure you invest in healthy relationships and constantly strive to eliminate the toxic relationships that inevitably prevent you from being as happy and successful as you deserve!