In Dasaki Achnas, the headquarters of Omonia - Upgrading works at the stadium

Read the announcement of Omonia Nicosia 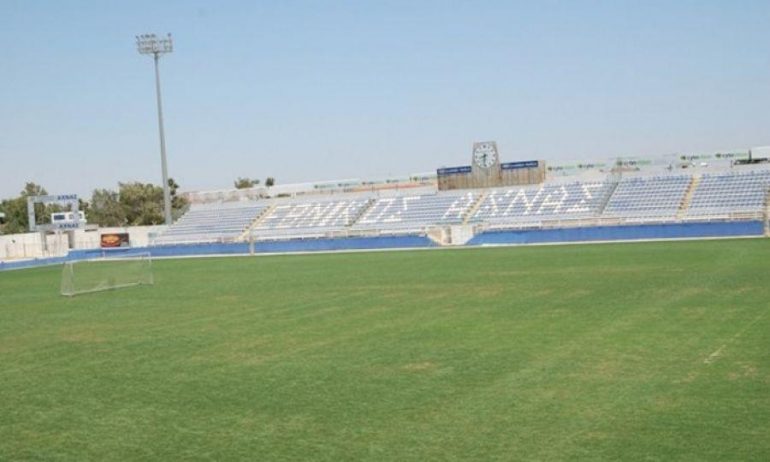 The announcement of Omonia Nicosia

The Achna stadium will be, temporarily, our new football headquarters for domestic competitions.

The known facts left us no choice but to look for a football home. From the available stadiums, the Achna stadium offered us the conditions that allow us to use it as a transitional period.

We have already planned the upgrade works of the stadium so that, as far as possible, it is adapted to the data of OMONIA and we feel it as our "home". In addition, with the completion of the works of the first phase, the capacity of the stadium will increase to about 10.000 spectators and the first upgrade projects will be implemented.

Our goal will be as people enjoy the days of home games for much longer than the 90 minute game, with events, actions and actions that will take place before and after each match.

We understand that this decision overturns the established and affects thousands of fans living in Nicosia, as they will travel more distance and dedicate more time to the games of OMONIA. It will certainly be much easier for the OMONIATES of Famagusta and Larnaca, while the relevant data for those living in Limassol and Paphos will be almost unchanged.

There is no doubt that our decision disturbs the stagnant waters. It was a very difficult, but conscious and necessary decision. A decision that can immediately make it difficult for all of us and take us out of our comfort zone, but we made it, evaluating all the data, in order to create the conditions for OMONIA to have a better tomorrow. We may all lose something now to achieve something much bigger in the future. Sometimes you have to make tough decisions and sacrifice things in order to pursue your dreams and make them come true. And to make our dream come true, we had to make that decision.

We ask the people to stay on the side of the team, to turn the Achna stadium into our "castle" and to join us! We have a strategy, vision and plan for an increasingly strong OMONIA. A OMONIA that will star, will seek only the best, will receive respect and will not tolerate injustice.

Let's go and give this battle together and in the end to enjoy proudly the realization of these goals of ours. Let each of us make his own small or big sacrifice, let each of us put his own little stone, so that OMONIA has a future as it deserves.

For the time being we will be competing in the Achna stadium and we will have to connect our presence there with new successes, distinctions and titles!

We will keep you informed of further developments.

Headquarters of OMONIA all over Cyprus!