A church was turned into a garbage dump in occupied Famagusta 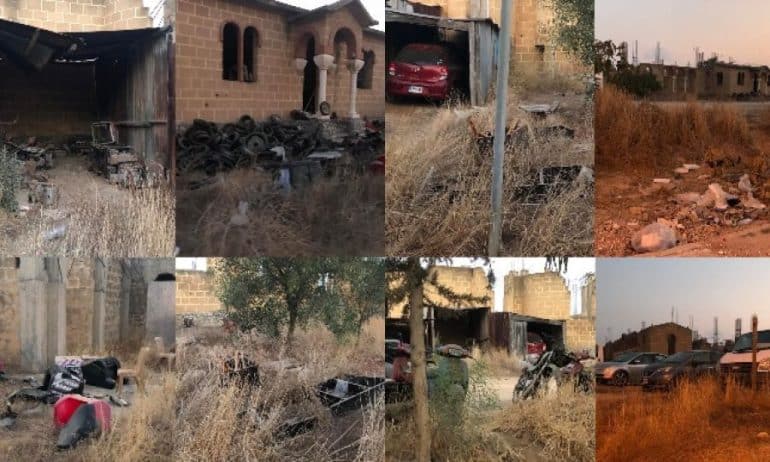 Today's Turkish Cypriot press publishes a photo report about an unfinished church in occupied Famagusta, which has been turned into a garbage dump.

According to the Press and Information Office, "Dialog" writes that the surrounding area of ​​the unfinished church has turned into a garbage dump and despite the complaints of the residents, no solution has been given to the problem.

The construction of the church, which has been stopped for 48 years, had started before the Turkish invasion of 1974.

The report states that the building site is now covered on all sides with garbage and that in the evenings it is a gathering place for drug addicts or alcoholics and a prostitution area.