Famagusta: They call on Turkey to reverse its illegal decisions, to resume negotiations

"Turkey's illegal actions in Famagusta and the opening of the besieged city, undermine the efforts for the resumption of substantive negotiations to reach a comprehensive solution to the Cyprus problem" 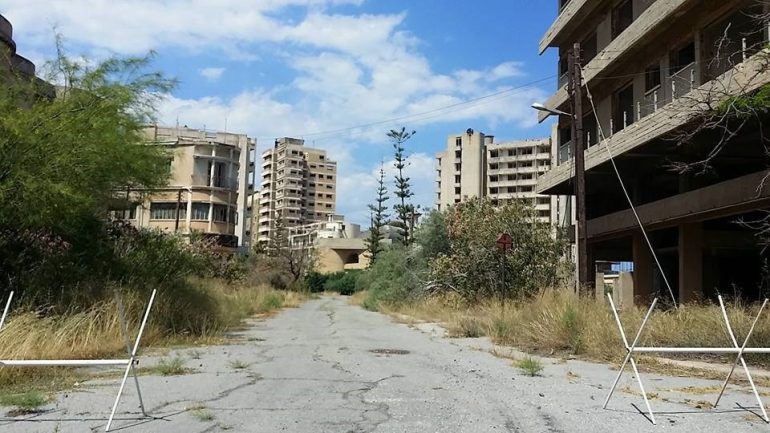 Just as Ukraine is now a victim of Russia, so is Cyprus a victim of Turkey, which illegally invaded in 1974, violating the independence, territorial integrity and sovereignty of the Republic of Cyprus and any notion of international legitimacy, MP George Loukaidis said on Wednesday. Committee on Political Affairs and Democracy of the Parliamentary Assembly of the Council of Europe (PACE) presented a draft report entitled "Call for the return of Famagusta to its legal inhabitants" by the Commission's rapporteur, Italian MP Piero Fassino.

According to an announcement by the Parliament, the session was conducted via the internet, adding that Mr. Fassino will soon pay an exploratory visit to Cyprus.

It is further stated that Mr. Loukaidis, after refuting a series of allegations of Turkish MPs, pointing out that the issue of Famagusta is linked to the overall solution of the Cyprus problem, but at the same time has its own autonomy as issue as Resolutions 550 (1984) and 789 (1992) of the UN Security Council, call, regardless of the solution of the Cyprus problem, for the return of the city to its legal inhabitants under the administration of the United Nations.

Turkey's illegal actions in Famagusta and the opening of the besieged city, Mr. Loukaidis pointed out, undermine the efforts for the resumption of substantive negotiations to reach a comprehensive solution to the Cyprus problem, based on the agreed UN framework provided by the UN. federation. These illegal and provocative actions, he added, for the settlement of the enclosed area of ​​Famagusta, are part of Ankara's broader plans to impose a two-state solution in Cyprus, despite the categorical rejection of such a solution and perspective by the international community.

The Cypriot MP also denounced Turkey's methods for full control of the occupied territories, noting, however, that a large portion of the Turkish Cypriot community opposes this development. He called on Turkey to reverse its illegal decisions on Famagusta in order to facilitate efforts to restart the peace process.

Mr Loukaidis also took part in a debate on the challenges of far-right ideology for democracy and human rights in Europe. Agreeing with the main conclusions of the Report, he stated that the far right is not yet a voice in democracy, but a threat and a voice against democracy.

Pointing out the dangers of this extreme ideology and its catastrophic consequences for social cohesion, he stressed that the causes that fuel it should be analyzed.

Widening inequalities within and between states, Mr. Loukaidis said, reinforce these extremist ideologies and increase the penetration of the far right between the young and the most vulnerable groups of the population, who face disproportionate economic problems and experience social exclusion.

Mr. Loukaidis stressed that the causes that cause and maintain inequalities at national and international level, especially poverty, must be combated, so that social cohesion is not constantly eroded and democracy, the rule of law and respect are consolidated in practice. of human rights.