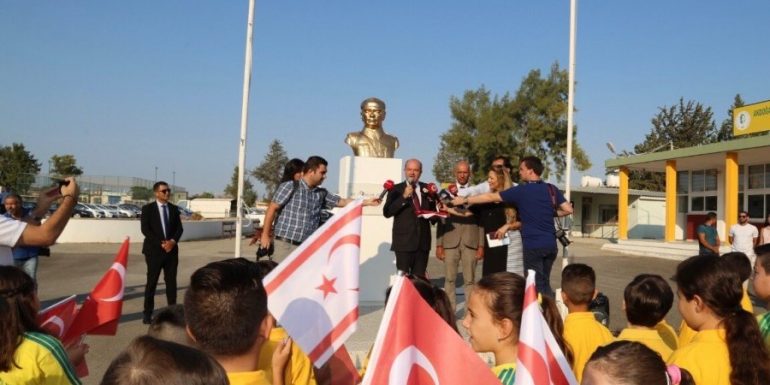 The so-called "prime minister" of the occupied territories, Ersin Tatar, was present today at the Primary School of the occupied Lysi, where a 16-year-old Greek Cypriot sent the Turkish flag on Sunday, September 8, on the occasion of the beginning of the new school year.

Ersin Tatar spoke to the children and then raised the Turkish flag.

In addition, the family of the 16-year-old who sent the Turkish flag from the elementary school of the occupied Lysis last Sunday apologized to the occupying leader, according to Turkish Cypriot media.