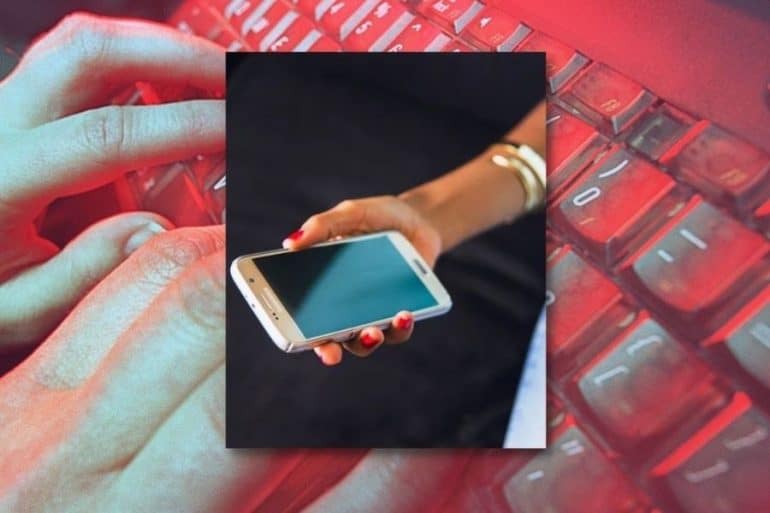 We spoke with Anthi Argyriou, a lawyer, co-founder of DATAWO, an NGO founded by a group of women lawyers to protect women's rights in the digital age. What are the forms of cyberbullying? If a woman is being blackmailed for her photos or videos, what are the steps to follow? What happens next?

What are the forms of cyberbullying against women?

Stalking is criminalized in Greece for the first time in the year 2018 after the incorporation of the Istanbul Convention in the Greek legal order and in order for Greece to comply with the Convention. The offense is attributed in Greek as "harassing surveillance" and is standardized in article 333 of the Penal Code. This is the deliberate harassing behavior of the perpetrator towards the victim, which even aims to create a feeling of fear or anxiety. If of course it is done using electronic media and the internet we have Cyber ​​Stalking.

Typical examples Cyber ​​Stalking is the unwanted sending of continuous e-mails or friend requests through social media, as well as the electronic monitoring of the victim. In any case it is a misdemeanor and is threatened with imprisonment of up to one year or a fine.

The well-known sexual harassment, ie the insult to the dignity of a person in the realm of sexual life with gestures or explicit statements, can of course be done through the internet. This could happen, for example, by sending messages through social media inviting the victim to have sex or sucking, provocative photos (dick picks), or links to pornographic material. It also has a misdemeanor form and the perpetrator is punished with imprisonment of up to one year or a fine as in the previous case.If a woman is being blackmailed for her photos or videos, what are the steps to follow?

If a woman is a victim of sexual blackmail / sextortion, she should immediately collect the communication material with the perpetrator (messages he sends to her, etc.) and of course the account that he / she (perpetrator / perpetrator) uses and then address the Authorities. Explain in detail what happened and show the evidence.

If he does not know who the perpetrator is, the Cybercrime Directorate will take action to find him, so it would be advisable to contact him there first. Otherwise, he can contact the nearest police station. The phenomenon of sexual extortion / sextortion scam is quite common, in the form of mass sending of messages containing the extortion of personal / sexual material allegedly possessed by the perpetrator.. It is not a few times that HELLAS has made relevant information to the public, that is, when the phenomenon is observed and is on the rise, in order to avoid panic and any payment of money to the perpetrators.

In any case, we act immediately, we turn to the Authorities and specialized professionals, without shame because the only illegal and harmful actions in this case are sectortion and sectoral scam.

Do you think that we have enough information about our protection on the internet? How familiar are we as a Greek society with issues of gender-based violence on the internet and related terminology?

Definitely no. Many people are still unaware of how gender-based violence can be perpetrated online. In fact, we tend not to consider digital as real. That was one of the main reasons why DATAWO was created. A civil non-profit organization founded by me and my colleague Anastasia Karagianni. On the organization's website www.datawo.org, anyone can find material on gender-based violence online in the form of scientific texts, but there are also suggested movies or books. Information on these issues is very important. It helps mainly in the prevention and protection of potential victims - we are all.

In any case, we act immediately - we turn to the Authorities and specialized professionals, without shameDo you have any idea how many women are victims of cyber blackmail every year in Greece?

Unfortunately, specific data do not exist. The latest official statistics on online gender-based violence come from the FRA (2014) Violence against women: an EU-wide survey. The research was generally about violence against women, but part of it was also devoted to cyberbullying.

Specifically, in terms of sextortion, which is sexual blackmail, which we would say is one of the most common forms of cyberbullying against women and takes the form of blackmailing a person into sharing a photo or video with personal / sexual content with There are no official statistics on the purpose of extorting money from the victim.

However, while there are many testimonies of women and not only of course, who are blackmailed in this way so we know that this issue exists strongly, we do not have statistics available, which of course are necessary, both to determine the true size of the issue and to observe how it is evolving.

We constantly hear about cases where a video of a personal moment goes up on the internet, goes down after a complaint, but one can not stop its spread since it can be uploaded again at any time by someone else. Apply;

Apply. And it is common sense. Not that one can not stop its spread, but that this task is not easy. Millions of people have access to the Internet, which can practically store the content they find in cyberspace at any time and make it available again. This means that as soon as I realize that content that concerns me has been posted on the internet, I inform the authorities in order to prevent its spread. In case it is spread by another person, I inform the authorities again to initiate the relevant procedures.

In our Instagram post, a reader wanted to ask: “Where does harassment start? "Usually they tell you different things, and then they misunderstand that you are cutting them off."

Harassment begins where your consent ends, because it means that it is behavior that is undesirable to you and offends you. Of course, in order to be sexually harassed, the statements or gestures of the person addressing us must be sexual.