Argyros Rotsidou: The miracle of Saint Nektarios and his signature on the spot where the tumor was found

She moves with her confession 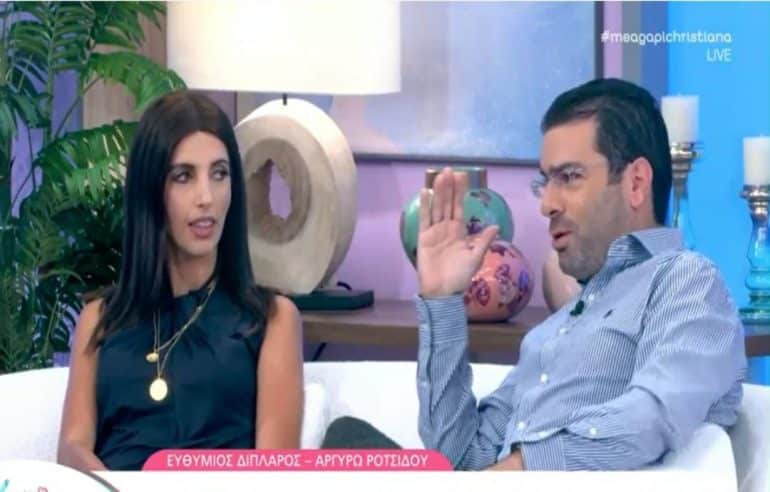 Guests on the show of Christiana Aristotelous were on the evening of Wednesday, September 21 o Efthymios Diplaros and Argyro Rotsidou, where they talked about everything.

The couple also referred to the difficult times they spent in Germany, when they were there for the MP's wife's treatments, who was diagnosed with cancer.

In fact, they revealed for the first time the miracle they experienced with him Saint Nektarios and his signature at the point where a tumor was diagnosed, moving with what they reported.