How the incredible incident happened 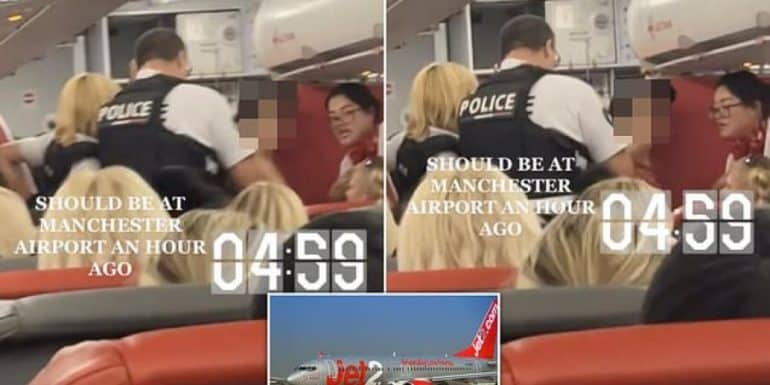 A passenger on a flight from Larnaca, Cyprus to Manchester, UK restrained a woman who stripped and ran naked inside the plane before trying to storm the cockpit twice shouting 'Allahu Akbar'.

How the incredible incident happened

Phillip O'Brien, 35, was a passenger on the Jet2 flight from Lanark, Cyprus to Manchester on Tuesday August 9 when a woman, aged in her 30s, caused a scene shortly after take-off.

The woman appeared to hint that she had explosives with her on the plane and also asked the children she was with if they were "ready to die".

She also told horrified passengers and staff that her parents were members of the terrorist organization ISIS.

Along with O'Brien, six members of his family were on the plane, including his wife and three children aged eight to 14.

The 35-year-old, who worked in security as a teenager, told the Mirror: "So when the woman went back into the cockpit I took control, took her to the ground and at that point the pilot made an emergency landing in Paris."

Mr O'Brien said he asked the woman why she was saying such things and claimed she replied: "If I didn't there would be an explosion and everyone would die."

Footage on social media showed a chaotic scene with at least two French police officers appearing to arrest or restrain a woman, who was wearing a black hat and red blouse.