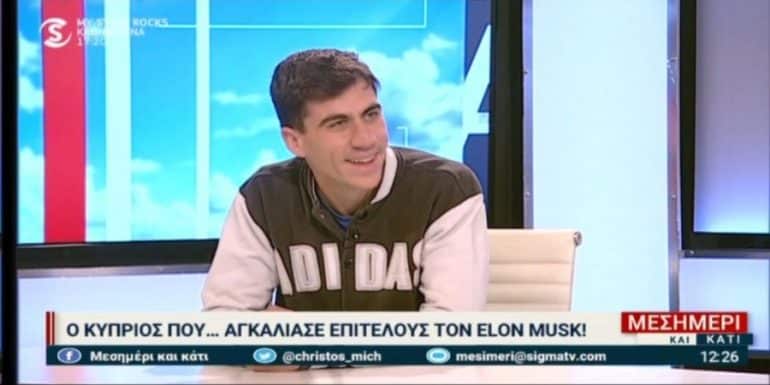 Mesimeri and Kati hosted the Cypriot TikToker and Youtuber Phidias Panagiotou who managed to hug Elon Musk and become viral on social media.

Initially talking about Elon Musk he mentioned that he is an amazing person.

He later explained that his job is to upload material to the internet of the crazy things he does. "I watched Elon Musk go in and out of Twitter, his bodyguards treated me like I was a dog," Phidias said, among other things.

Asked why he wanted to hug Elon Musk, he said, “I hate school but I love learning. Elon Musk is my mentor, I started reading books because of him."

His next plans as he mentioned is to travel from Los Angeles around the world and come back to Los Angeles penniless.

He pointed out that he returned for 5 days to Cyprus to interview all the candidates for President of the Republic of Cyprus.

In closing, he said that they make about 50 thousand dollars a month from the videos.