We are at 80% of the arrivals of 2019, said the Deputy Minister of Tourism, Savvas Perdios, after the end of the meeting of the Council of Ministers 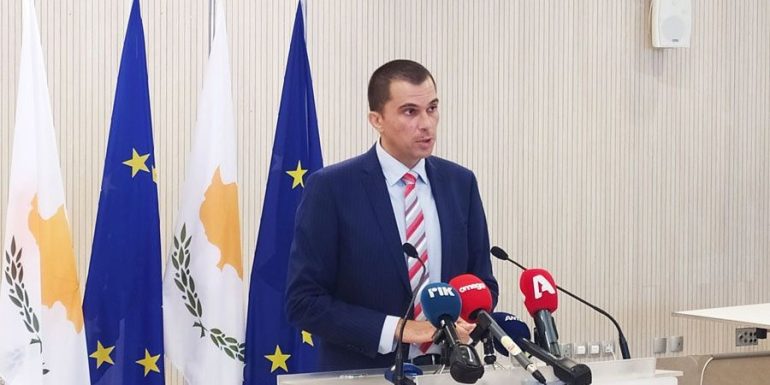 We are at 80% of the arrivals of 2019, said the Deputy Minister of Tourism, Savvas Perdios, after the end of the meeting of the Council of Ministers on Wednesday.

Answering a journalistic question about this year's number of tourist arrivals in Cyprus, Mr. Perdios said that the year has started quite well. "According to official statistics, the first four months of the year, we are about 80% of the arrivals of 2019, which was a record year for Cyprus," said the Deputy Minister of Tourism, adding that 2022 is a good year.

In addition, Mr. Perdios noted that a lot of work has been done by the Ministry of Tourism, especially in the last nine months, with consecutive trips to about 25 countries. "We have the right to be satisfied and to look forward to the rest of the season with restrained optimism, given that we do not have any setbacks either with the pandemic or the war in Ukraine," he added.

Asked about the exact number of arrivals in Cyprus so far, the Deputy Minister of Tourism spoke of more than half a million tourists in the first four months of the year.

"Last year, in the first four months of 2021, we had about 50.000 arrivals. "We are well on our way to achieving the goal we set for this year, which is to do better than last year," he added. "Last year we closed at two million arrivals, we will definitely not be at four million this year," he pointed out.

Mr. Perdios also noted that the arrivals lost from Russia and Ukraine can not be made up overnight, but the work of the last three years has paid off with openings to new markets or support for markets that may have been left behind. in recent decades, such as France, Switzerland, Austria and the Nordic countries.

"A significant 'yeast' has been created to be on our feet in the midst of very difficult situations," he concluded.