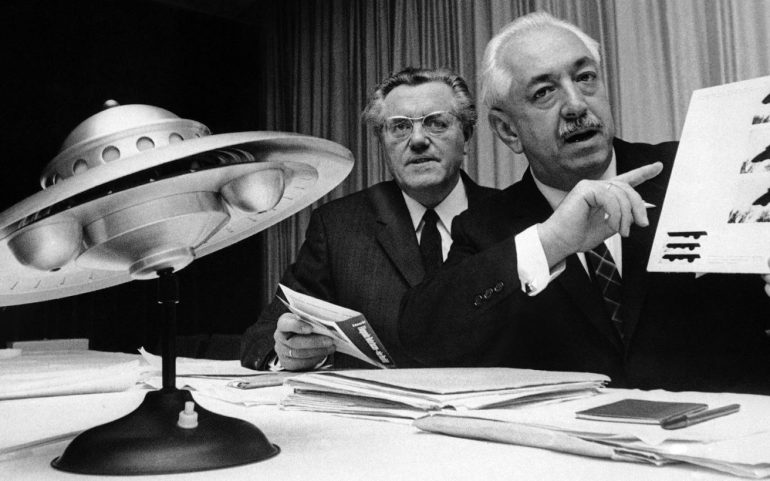 "I come in peace," joked the president of the United States. Barack Obama, in 2012, when he set foot in the infamous Roswell, New Mexico, the site of the supposedly famous flying saucer of conspiracy theorists.

Of course, 2012 belonged to the years when no one talked about aliens. While today? Today is obviously another story, as everyone comes out and tells us something, something they suggest they know, something they monologue that is out there.

NASA he even stated without spin at the end of September that "we are close to locating extraterrestrial life"! Speaking unequivocally of an "absolute revolution", a revolution that will be "like when Copernicus declared that" the Earth is spinning ".

Unheard of things, that is, just a few years ago. Now everyone seems to have something to say about the little science fiction green people that may never have been fantasy.

Research structures like Breakthrough Listen or SETI, the ear of humanity in space, murmur the same how they catch sounds that do not look natural. 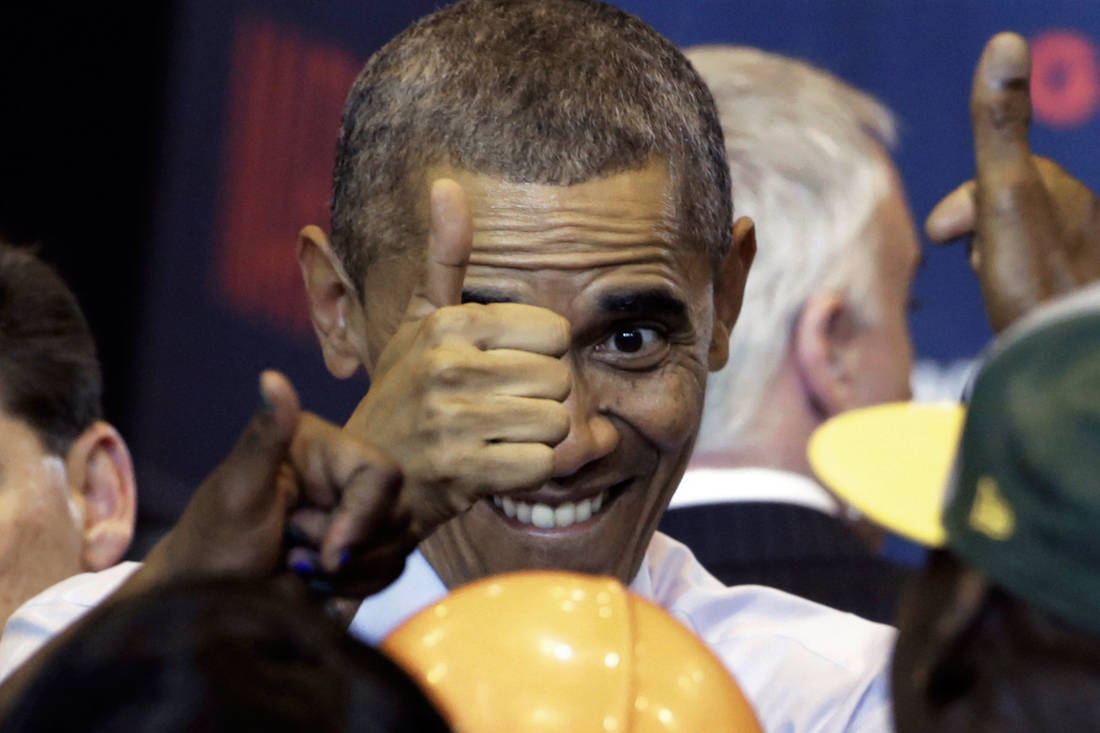 What if some people laughed when the British Ministry of Defense released in 2012 His secret documents about UFOs were more than certain that comedic descriptions and funny encounters were not all.

The British State Archives promised to release the full "UFO Files" at some point, indicating that what came to light was not exactly the classified documents held by the British.

Now the landscape is completely different from the times when everyone denied such things and those who admitted similar experiences met the mockery of society and science. If the possibility of extraterrestrial life is closer than ever, then humanity has obviously changed page.

And certainly Obama's jokes about the lifeless body of the alien that was supposedly found in the space debris of Roswell no longer seem comical at all. "If I tell you, I will have to kill you later… Here we keep our secrets well", he had joked about the flying saucers and the Martians, although some saw it as a simple evasion. 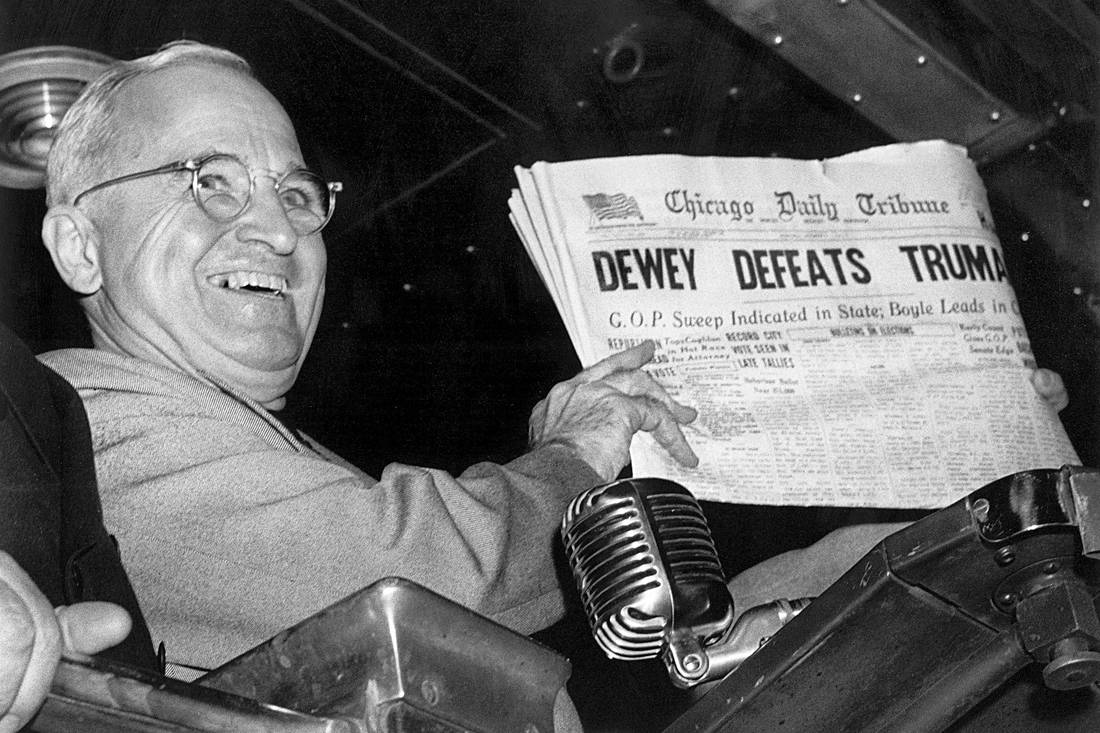 The first time a world leader spoke on the awkward subject came in July 1947, just days after the legendary Roswell accident. The then president Harry Truman he was confronted with the heavy questions of the journalists, who had become his tight corsets.

Rushing to blur the waters: "Have you ever heard of the lunar eclipse"? What is left of that story? But the spokesman for the New Mexico base, Lieutenant Walter Hot, issued - and then took back - the historical announcement for the legendary alien!

Eisenhower and the alien sightings 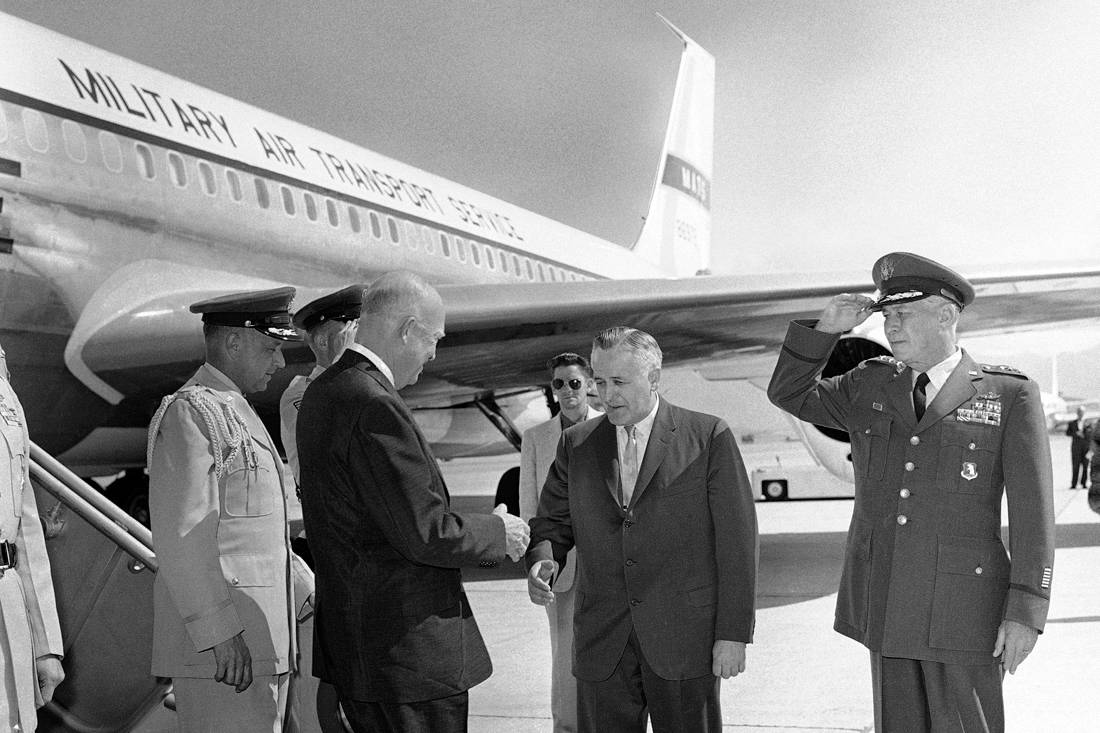 In mid-December 1954, countless people in Europe and America saw something strange in the sky. The mass hysteria with the flying saucers would go as far as the White House, and President Dwight D. Eisenhower was asked to comment on whether aliens were involved in the story.

"Nothing has reached me, either orally or in writing. And I have to say that a man from the Air Force, whom I trust a lot, said that as far as we can know it is completely inaccurate to believe that they come from another planet. " And that was all.

John F. Kennedy and what no one should have known 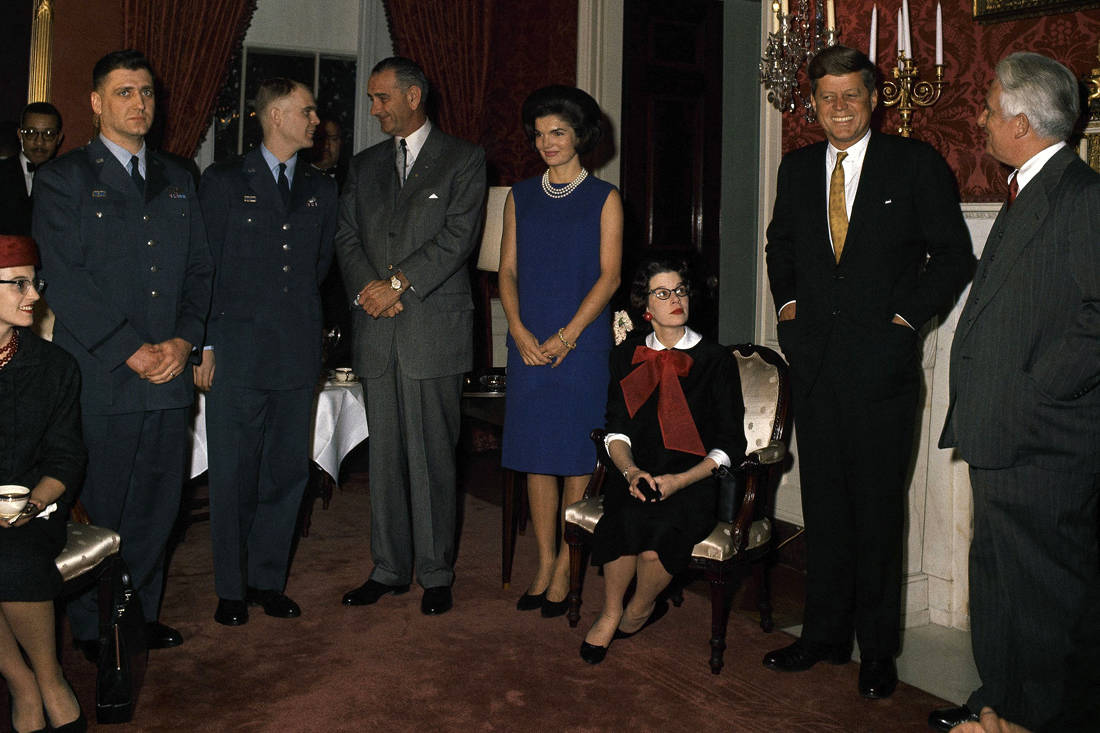 Ten days before 26 seconds that changed the world, Kennedy's assassination in November 1963, the president had sent an official letter to the CIA chief asking him for "a comprehensive report summarizing all classified information about aliens that could threaten US national security."

The murder naturally triggered one incredible conspiracy of conspiracy theories. Which erupted even more when it became known that on the exact same day, a second letter left the Oval Office addressed to NASA, in which it stated its intention to cooperate with the USSR in the space activities of the two countries. On November 22, the American president fell dead in Dallas, Texas.

Gerald Ford saw them with his own eyes 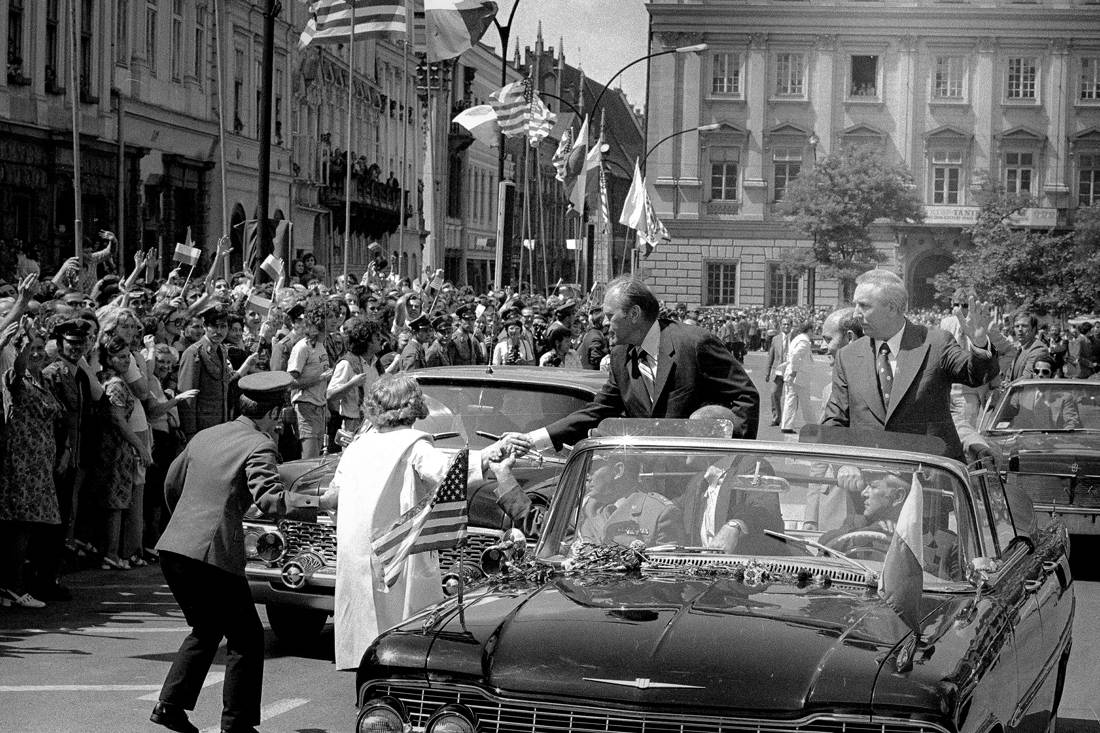 While still a Michigan senator, Ford invited him to a formal government debate on the UFO in 1966, as he had seen "numerous flying saucers on his farmhouse."

One of the letters sent to the right and left was addressed to the Pentagon, which the subsequent president called for action: "I firmly believe that the American public deserves a better explanation than those provided by the Air Force, I recommend the establishment of an extraterrestrial investigation committee.

And you, Jimmy Carter? 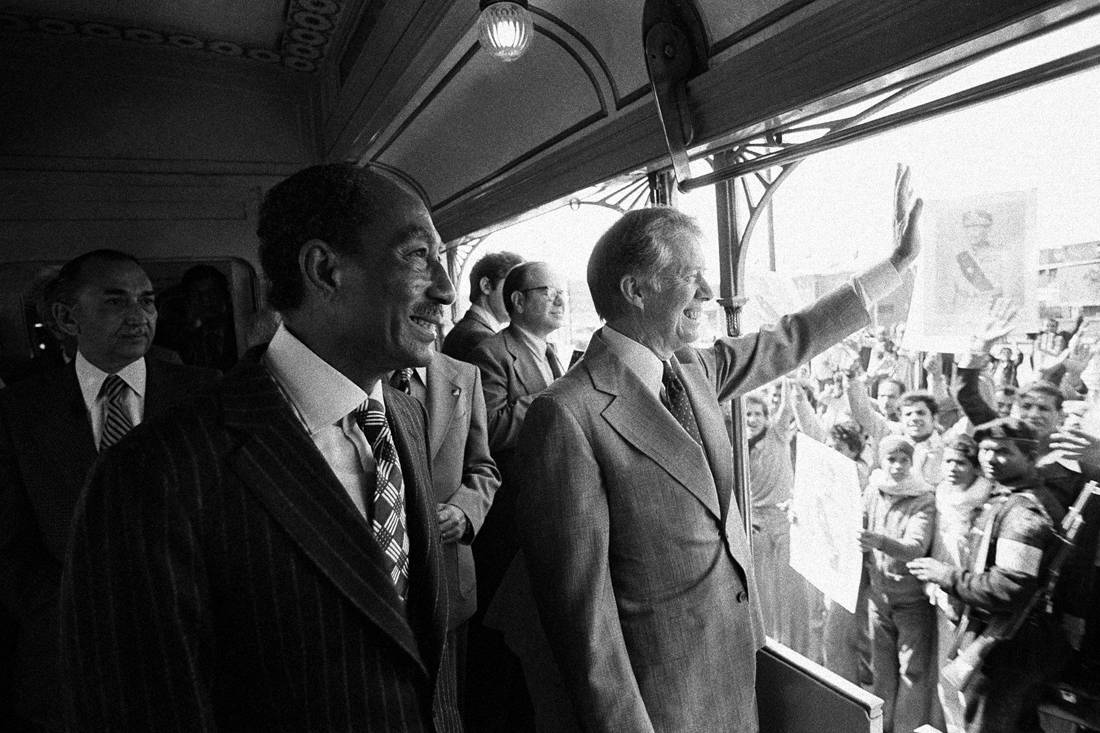 Senator of Georgia in 1969, the future president of the USA told Congress how he had seen a "self-luminous object as bright as the Moon"! Despite his letters and institutional position, he never received a reply.

Carter did not forget all this and as president after America he tried to find out what the infamous "UFO Files" of his country contain. He never succeeded and it is even said that he was the big "nail" of his term… 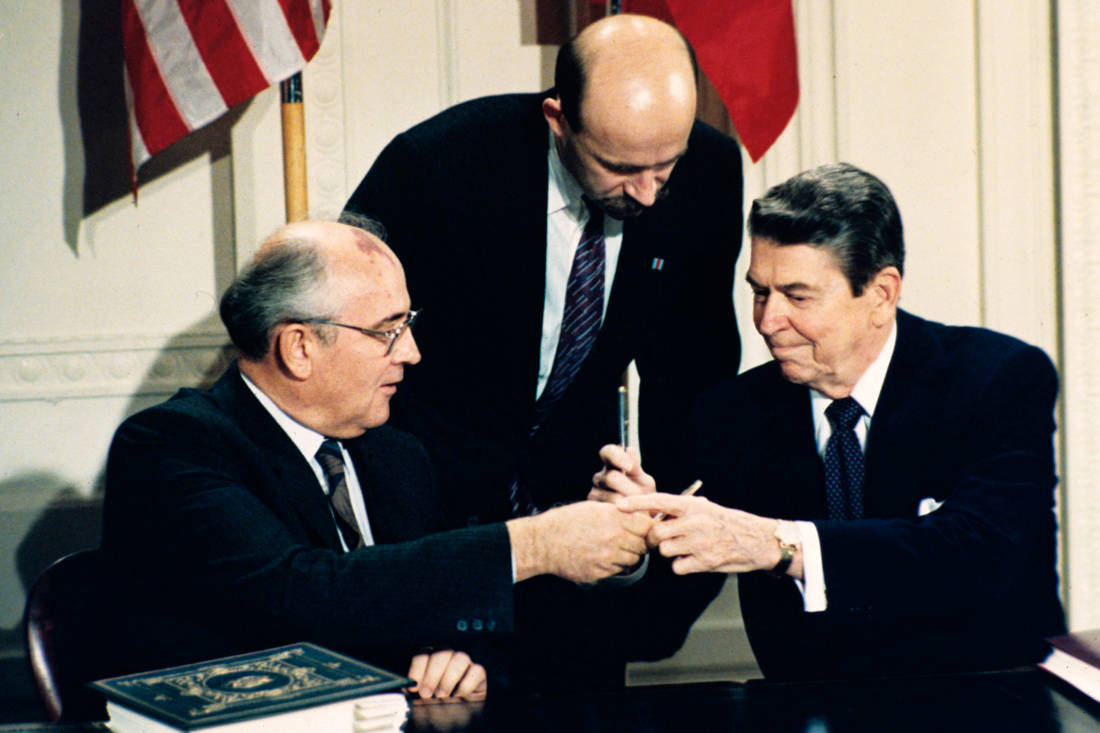 In 1974, the Governor of California came in a four-on-four with a flying saucer, boarding a private jet. The senator had immediately stated in the "Wall Street Journal": "We followed it for several minutes. It was an all-white light and suddenly, in our absolute surprise, it disappeared in a flash in the sky ". In 1987, when he was now President of the United States, he did not mince his words speaking that September in his General Assembly ΟΗΕ:

"In our obsession with the competition of the moment, we often tend to forget how united all the peoples of humanity are. We may need an external global threat to recognize our common bonds. I often think about how quickly our global differences would disappear if we faced an extraterrestrial threat from another world. That's why I'm forced to ask '' is there no alien threat already among us? ''.

After everyone froze, Reagan then tried to amuse the impressions of his crude statement by casting tones: "What could be more alien to our peoples' global expectations of war and the threat of war?" Of course, everyone remembered that a few years ago, during his bilateral meeting at the Geneva Peace Summit in 1980 with Mikhail Gorbachev, he had asked the Soviet leader to cooperate in case of an alien threat!

A few years later, Gorby confirmed the private conversation with his American counterpart, saying in a speech to the Kremlin in February 1987: "At our meeting in Geneva, the US president said that if the Earth were facing an alien invasion, then the US and the Soviet Union would join forces to repel such an attack. "

Richard Nixon and the. Show 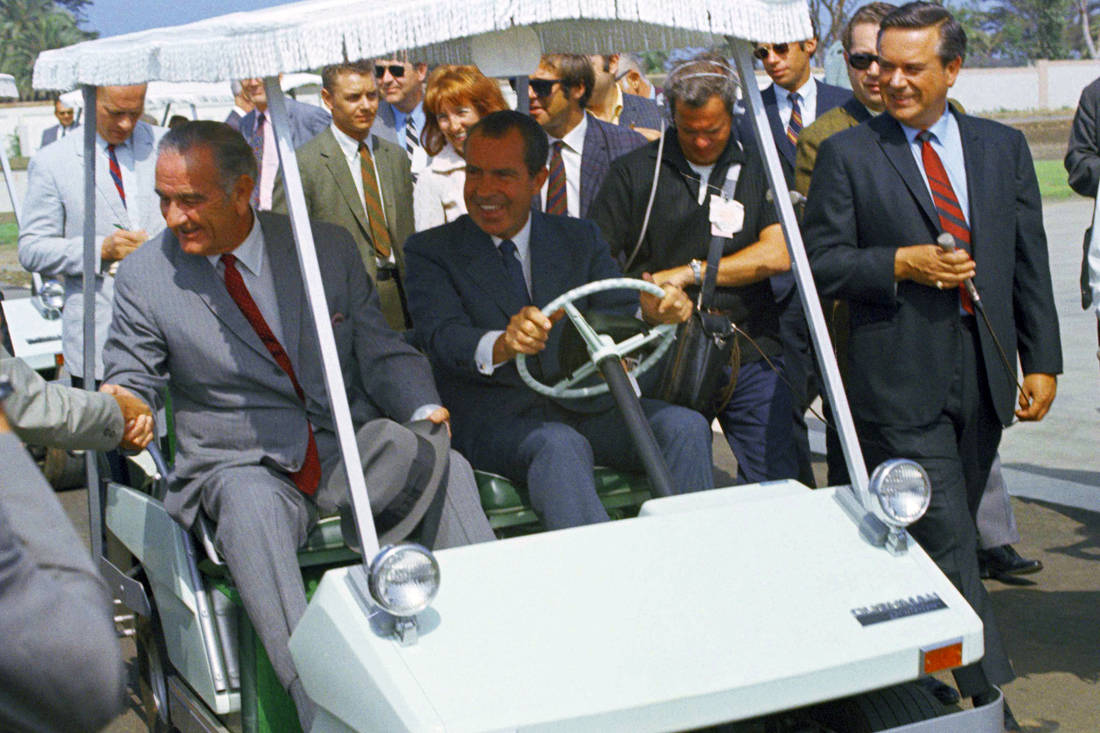 1974, c President Nixon threw tons of oil on the conspiracy theorist when he allegedly took the comedian Jackie Gleason and guided him to a secret Florida military base to show him the wreckage of the numerous flying saucers held by the United States!

The only problem; How Gleason was a comedian and who should believe him δηλαδή

Bill Clinton who could not learn 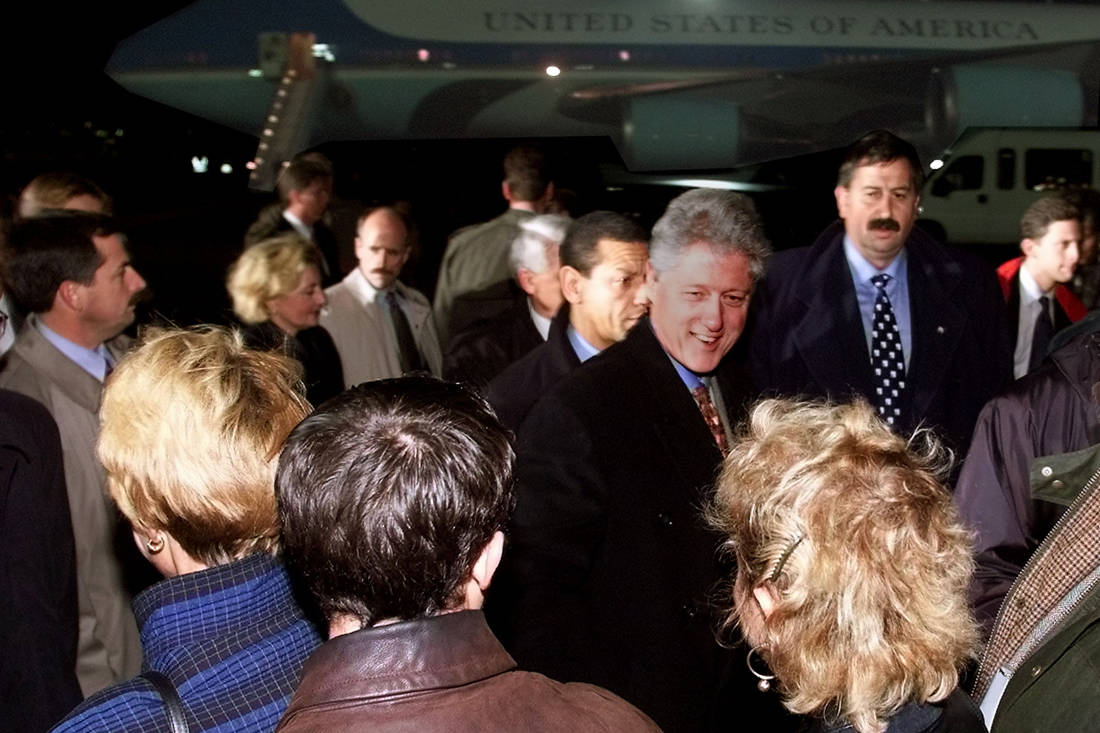 Between funny and serious, during his visit to Hong Kong in 2005, the US president spoke again about aliens and Area 51, admitting a megaton failure. Here is exactly what he said:

"I think the Roswell story was an illusion, I don't think it happened. I tried to find out if there are secret government documents that shed light on the issue and if there are, then they are secret even for me. "Besides, I would not be the first president to be lied to by his subordinates or deceived by professional bureaucrats."

He concluded: "Are you saying that there is a careerist out there who hides these dark secrets even from elected presidents? If so, then they managed to deceive me and I feel almost ashamed that I admit that I tried to find out ".

In 2014, presenter Jimmy Kimmel asked him again Bill Clinton about the flying saucer supposedly kept at the secret Area 51 military base in Nevada: "If I were president, I would demand to see all the UFO classified documents because I would like to know what is going on. "Did you do that?" What did the former president answer? "About"! 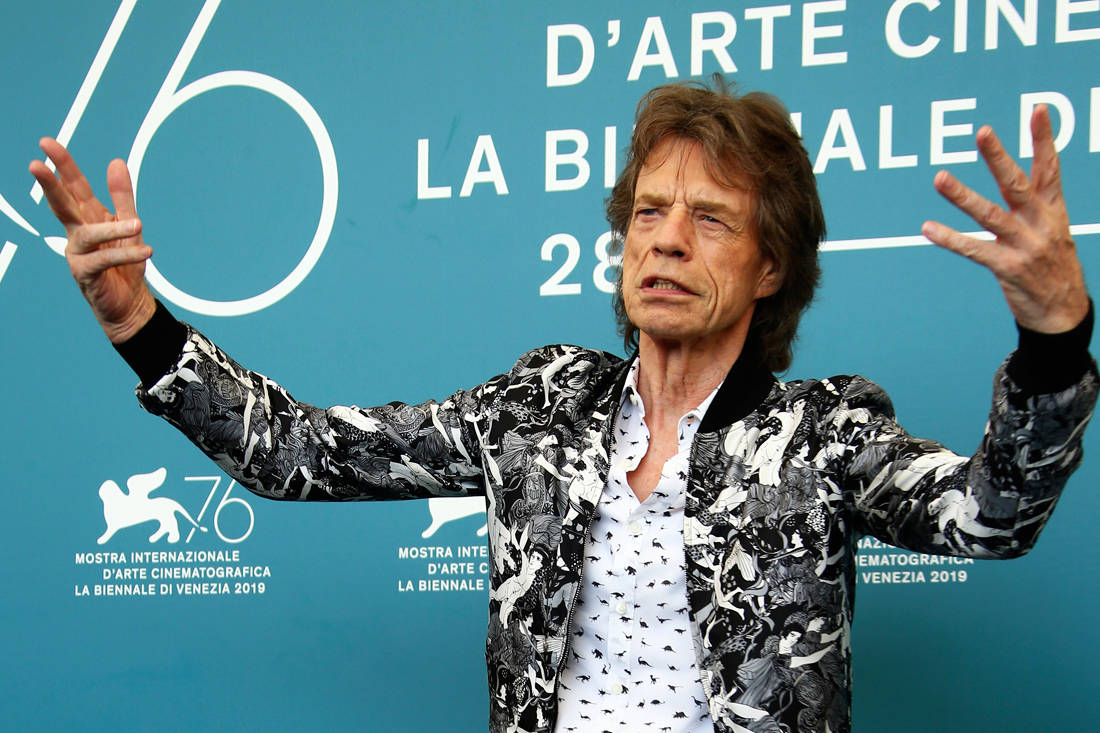 It was 1968 when Mick Jagger and his partner Marianne Faithful saw a cigarette-shaped UFO in the night sky of a camp! It was not, the rock star was so terrified that when he returned to civilization he wired his whole house with an inconceivable machine called "UFO Detector".

Jagger was not sure what he saw, but Mohammed Ali was and is giving up, as he has always said, several times in his life, in contact with extraterrestrial beings. The top boxer even claimed that anyone can observe flying saucers even in the morning sky, just look carefully. 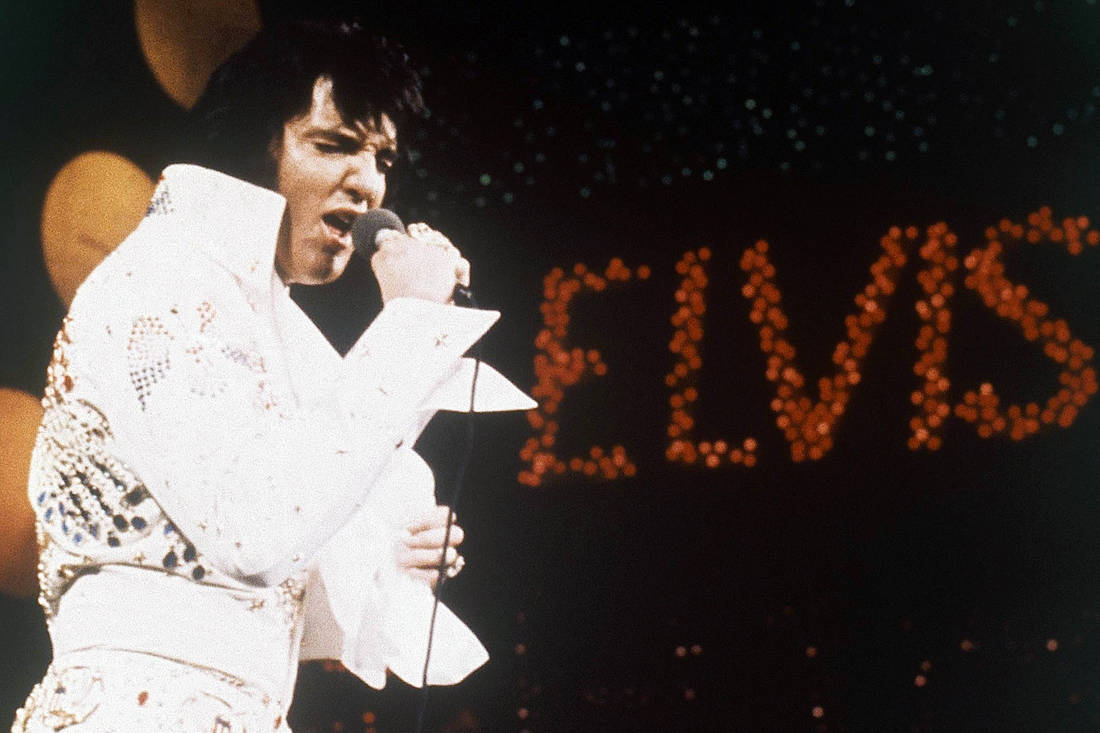 Even the Έλβις Πρίσλεϊ he had encounters with extraterrestrial life, especially during his childhood. Maybe that's why he gave such food to theories about the "King" and the aliens, since you will hardly find a second one that has been so identified with the little green people.

Aliens when he was born, aliens at his funeral, aliens even behind his infamous alien abduction…