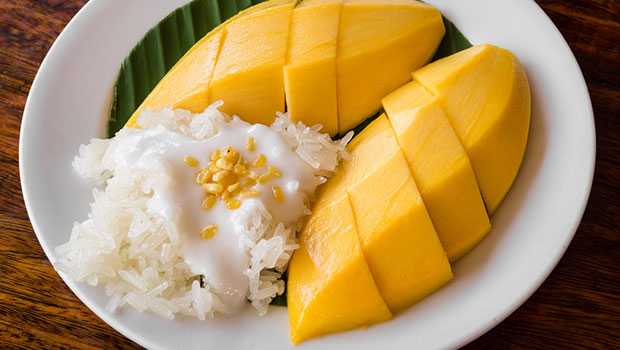 The rapper Milli took to the main stage on Saturday as part of the presentation of the collection "Head in the Clouds Forever" of the 88rising collective. Wearing a red ensemble, the 19-year-old performed the hits of "Mirror Mirror" and "Sud Pang" and closed her appearance by proudly taking out a bowl of mango sticky rice.

"Who wants mangoes and rice that are sticky?" asked the crowd as they enjoyed the dish on stage. Following its appearance, the Department of Cultural Promotion of Thailand announced that it would submit a request for the dessert to be included in the list of Intangible Cultural Heritage of UNESCO. According to reports, sales of the dessert have also increased since Milli appeared at the Festival on April 16.

A store owner offering mango sticky rice told Thai PBS that "there were so many orders for mango sticky rice that he could not peel the fruit fast enough, adding that he now has to clean about four crates of mango" instead of one.