10 foods we need to buy organic

According to research, it is very important to eat certain foods organically 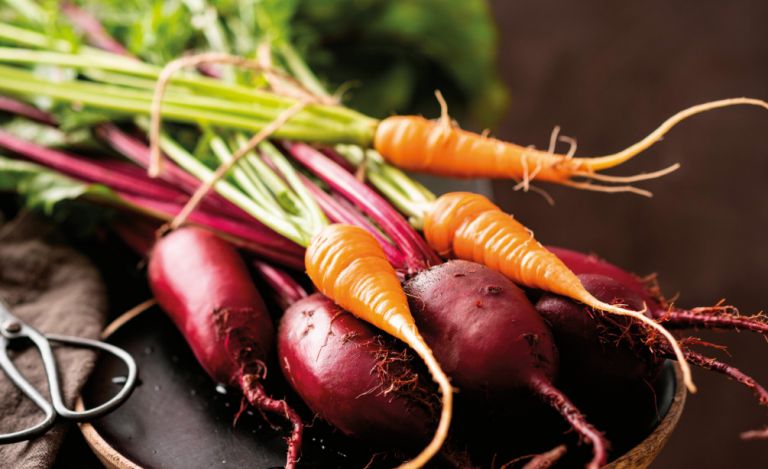 Organic products are superior to conventional ones for a variety of reasons, as they are generally healthier. If we can not consume exclusively organic products and need to choose, experts suggest some specific foods which - according to research - are very important to eat organically.

Ideally we should buy and eat everything organic, to make sure they are grown without fertilizers, insecticides and chemicals when it comes to fruits and vegetables or fed with selected feed and grown without drugs and hormones and under civilized conditions when it comes for animal products. Perhaps it would be even better to know personally the producers, growers and breeders from whom we procure the food we consume, so that we know exactly the conditions, the place and what was used to produce them. However, the above is not always possible, either due to cost, because organic products due to their smaller and more difficult production are more expensive, or due to limited time to supply on a daily basis everything that we and our family are going to consume or because we do not have access to such a wide variety of foods.

What do we gain by eating organic?

We can assume that - at least to some extent - the animals involved in the whole process of producing animal products are treated more carefully and correctly.

Research from the University of Oslo, published in the American Medical Review of Clinical Nutrition, has shown that when the ingredients of the Mediterranean diet are consumed organically, the amount of insecticides we get from our food can be reduced by 90%.

A 2018 study by the University of Paris on 68.000 people found that those who ate the most organic food were 25% less likely to get cancer than those who ate the least. Although experts have pointed out that there may be other reasons why people who choose organic are less likely to get cancer, such as the fact that they are often more educated or tend to be more concerned with their health, organic consumption has certainly contributed to this. reduced probability.

Numerous studies have shown that organic foods are likely to have more vitamins and nutrients. Research from the University of California compared strawberries, corn and a specific type of berry on how much beneficial phytochemicals they contained and found that organic ones were as much as 50% more than non-organic ones.

Why; Experts speculate that this is due to the fact that plants, which are constantly protected by pesticides, do not need to "try" to strengthen themselves to protect themselves from outside invaders. In contrast, this is the case with organic farms that are much less protected and therefore stronger and therefore richer in nutrients.

According to a series of studies from the University of Newcastle, organic milk contains about 50% more beneficial omega-3 fatty acids than conventional milk. Research from the Universities of Glasgow and Liverpool has shown that organic milk also gives us more vitamin E and beta carotene (which boosts our immune system). Organic meat also seems to have more omega-3 fatty acids, vitamins E and A.

The list of foods we need to choose organically

The British pesticide charity Pesticide Action Network (PAN) counted 122 different pesticides in various foods and presented a list of the most burdensome, advising consumers to opt for organic sources whenever possible. These are:

Potatoes, carrots, beets, onions and all the vegetables whose bulbs we eat, which grow in the soil, are usually more loaded with fertilizers but also with any substances (eg toxic heavy metals and derivatives acting as toxic endocrine disruptors) for various reasons exist in the soil or aquifer of the cultivated area.

That is why experts recommend choosing organic vegetables, which are presumably grown without fertilizers, insecticides and chemicals.

Strawberries, grapes, cherries, various berries are among the fruits that it is advisable to choose to buy organically as their thin "skin" allows insecticides to penetrate their flesh more easily. This basically means that we should not consume them out of season.

In the various measurements it seems that spinach is one of the foods that have the highest amount of insecticides in proportion to all the rest that were analyzed.

Like spinach, they appear to have high concentrations of pesticides in various assays. If we wash them well - like all other fruits and vegetables - we manage to remove some of the insecticides, but not all that may have been on them or penetrated into them of course.