Cabo Greco: One of the injured was intubated – The second is in serious condition (PICTURES)

Quadricycle accident in Cabo Greco - 31-year-old has intracranial bleeding, was intubated and will be transferred to Nicosia Hospital's Intensive Care Unit 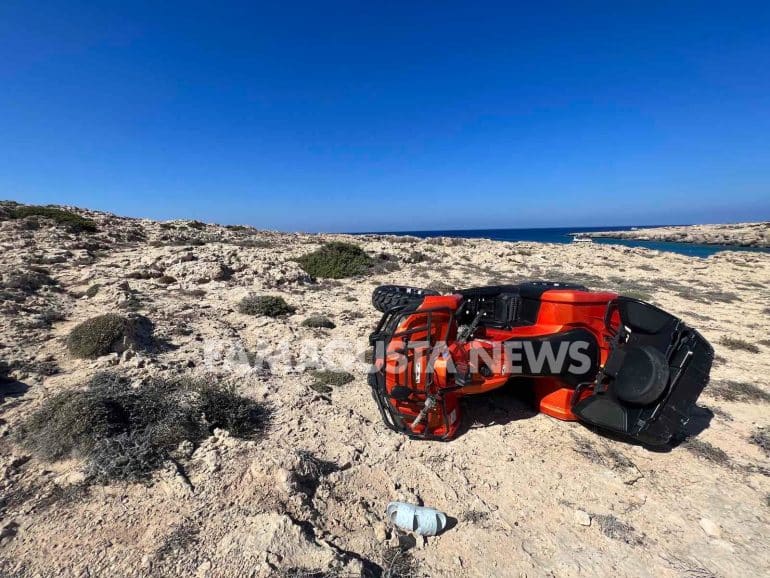 In a very critical condition and intubated, one of the two tourists who were on the four-wheeled motorcycle that fell into a 10-meter-high cliff in Cabo Greco is being transferred to the Nicosia General Hospital.

Read also: Cabo Greco: Four-wheeler crashed into a cliff - The occupants are critical

According to the latest information, it is about the 31-year-old who has, among other things, intracranial bleeding, was intubated and will be transferred to the Intensive Care Unit of the Nicosia Hospital. 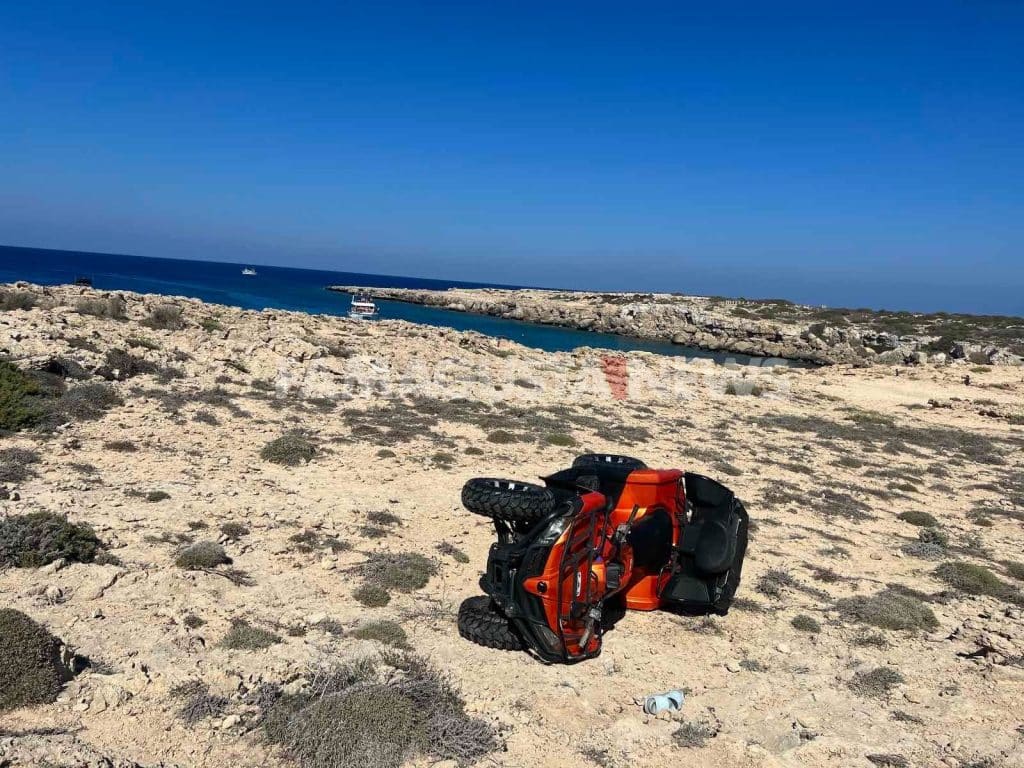 Regarding the health condition of the second passenger, the 22-year-old, it is serious but out of danger and will be monitored in the Intensive Care Unit (ICU) of the Famagusta General Hospital.

The 22-year-old has multiple injuries and fractures of the left scapula, 12th rib and a contusion in the lung.

Both injured, of Iraqi origin, are residents of Sweden who visited Cyprus on vacation.

It is recalled that the traffic accident occurred at around 13:00 in the Cabo Greco area, where under circumstances that are being investigated by the Famagusta Traffic Police, the four-wheeled motorcycle - on which the two tourists were riding - ended up in a cliff about 10 meters deep.