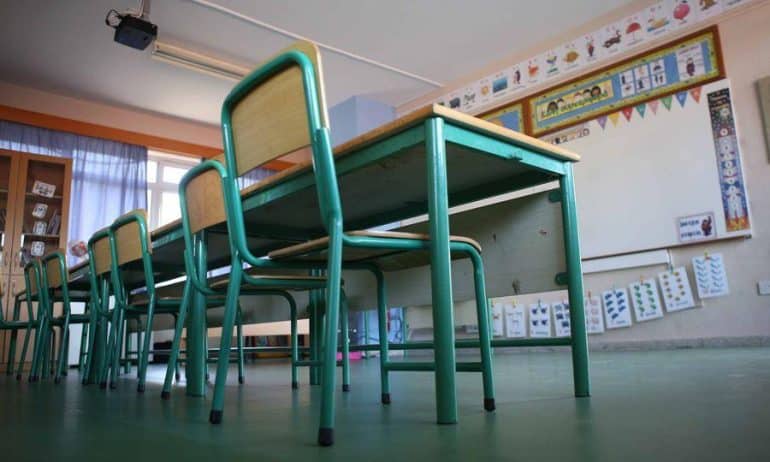 The Parliamentary Committee for Education and Culture today visited schools in the free province of Famagusta.

The President of the Parliamentary Committee on Education, Pavlos Mylonas, told KYPE that "most of the problems in Primary and Secondary Education are structural and have to do with the terrible lack of infrastructure. This is something we have identified in all the schools we have visited throughout Cyprus."

He stated that "there is no school that does not have problems with classrooms, for example an increased number of students, a reduced number of classrooms, classrooms that need maintenance."

He also said that "in the schoolyards there are no shelters for the sun and rain, infrastructures that will support the work of teachers or other people who work for the presence of our children in schools".

Having said that, I have to point out again and again that the money offered for this area of ​​training is not enough, he said, adding that it is impossible for the Technical Services to meet all the needs that are being observed.

The most shocking moment for me, said Mr. Mylonas, "was our visit to the Apostolos Varnavas Special School in Liopetri. This particular school is a model school and everyone should be congratulated, however, there are some issues that need special attention."

He specifically referred to the canopies which had to be installed "yesterday", since we are talking about a Special School, as he said, but also the problem with the age of these children.

We are leaving this particular school with a question for everyone, he said and mentioned that "when these children reach the age of 21, these children with the most serious neurological and other health problems and without their parents at an age and beyond, where will they end up? In a nursing home? In the mental hospital? Is there any response from the coordinated state in a European country like Cyprus where we are? There is no answer."

"I would like to appeal to everyone to at least deal with this part in the immediate future because it does not honor us at all" said Mr. Mylonas.