Karousos: Approval for the arrival of the first cruise ship at the marina Ag. Go 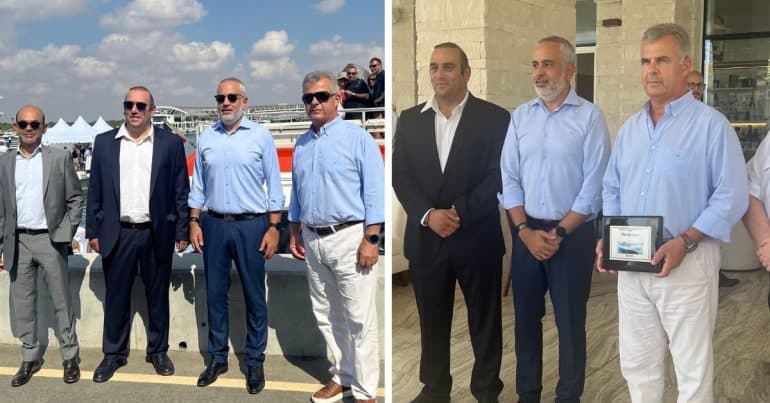 Satisfaction with the arrival of the first cruise ship, "Rhapsody of the Seas" of the Royal Caribbean Cruises company, which carried approximately 3 thousand people, passengers and crew, at the Ayia Napa marina was expressed by the Minister of Transport, Communications and Works Yannis Karousos and the Deputy Minister of Shipping Vassilis Dimitriadis.

The ship, which cruises the Mediterranean, arrived from Haifa, Israel, docked at Ayia Napa Marina at 6am and will depart around XNUMXpm, bound for Rhodes. 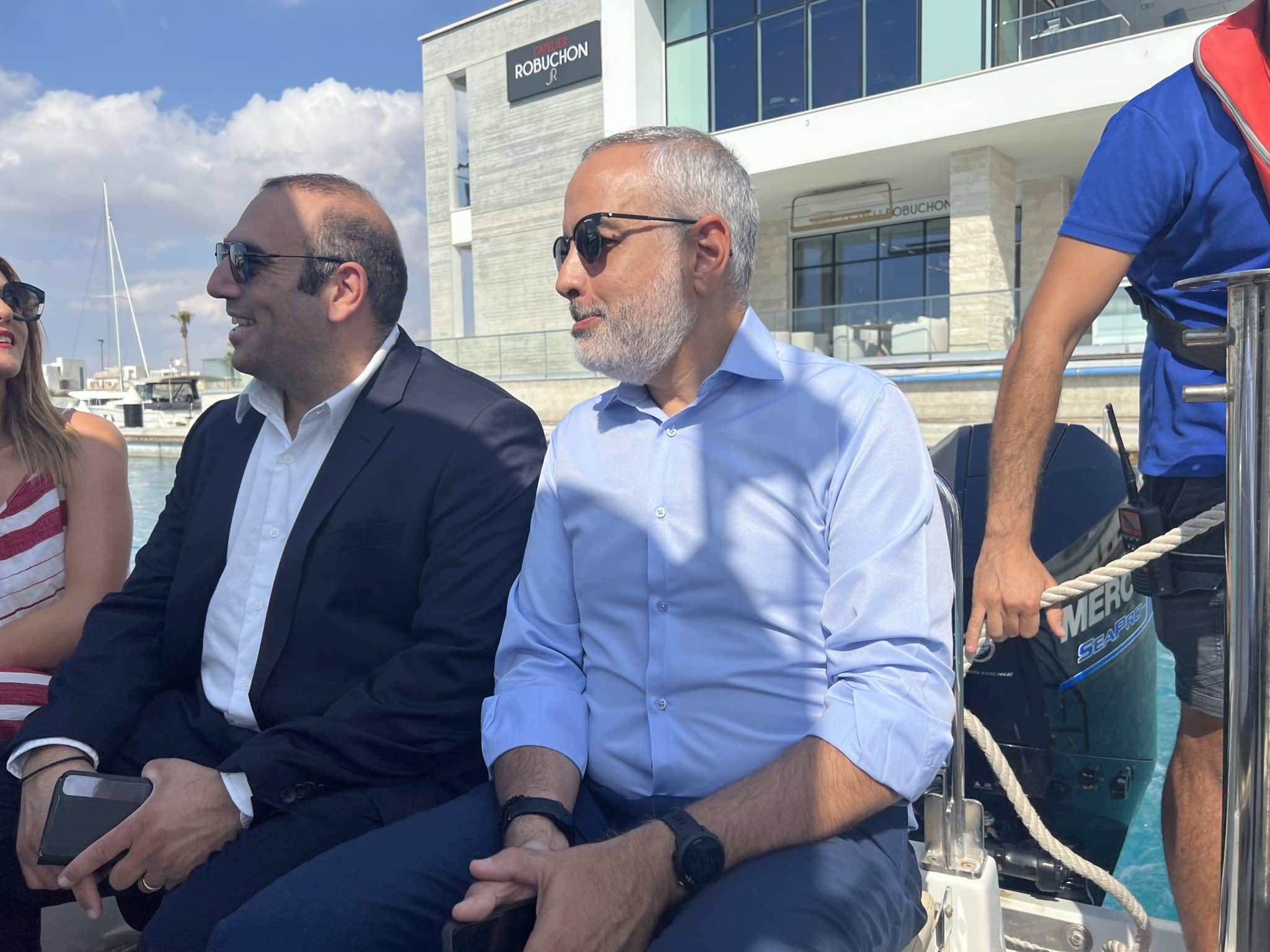 In his statements, the Minister of Transport expressed satisfaction with the reception of the cruise ship at the Ayia Napa marina and added that "it is the first large cruise ship on which approximately three thousand passengers and staff are on board. These people will use the marina, with all the benefits that come with the arrival of a cruise ship."

He added that "it was the right decision we made, as the Ministry of Transport, to create the mooring, to give this option to the Ayia Napa marina and to other marinas such as Protaras, which when completed will also have a mooring there, so as to attract cruise ships. Cyprus enters the map of this special form of tourism, since we see that the arrivals of cruise ships at our ports and marinas are increasing year by year." 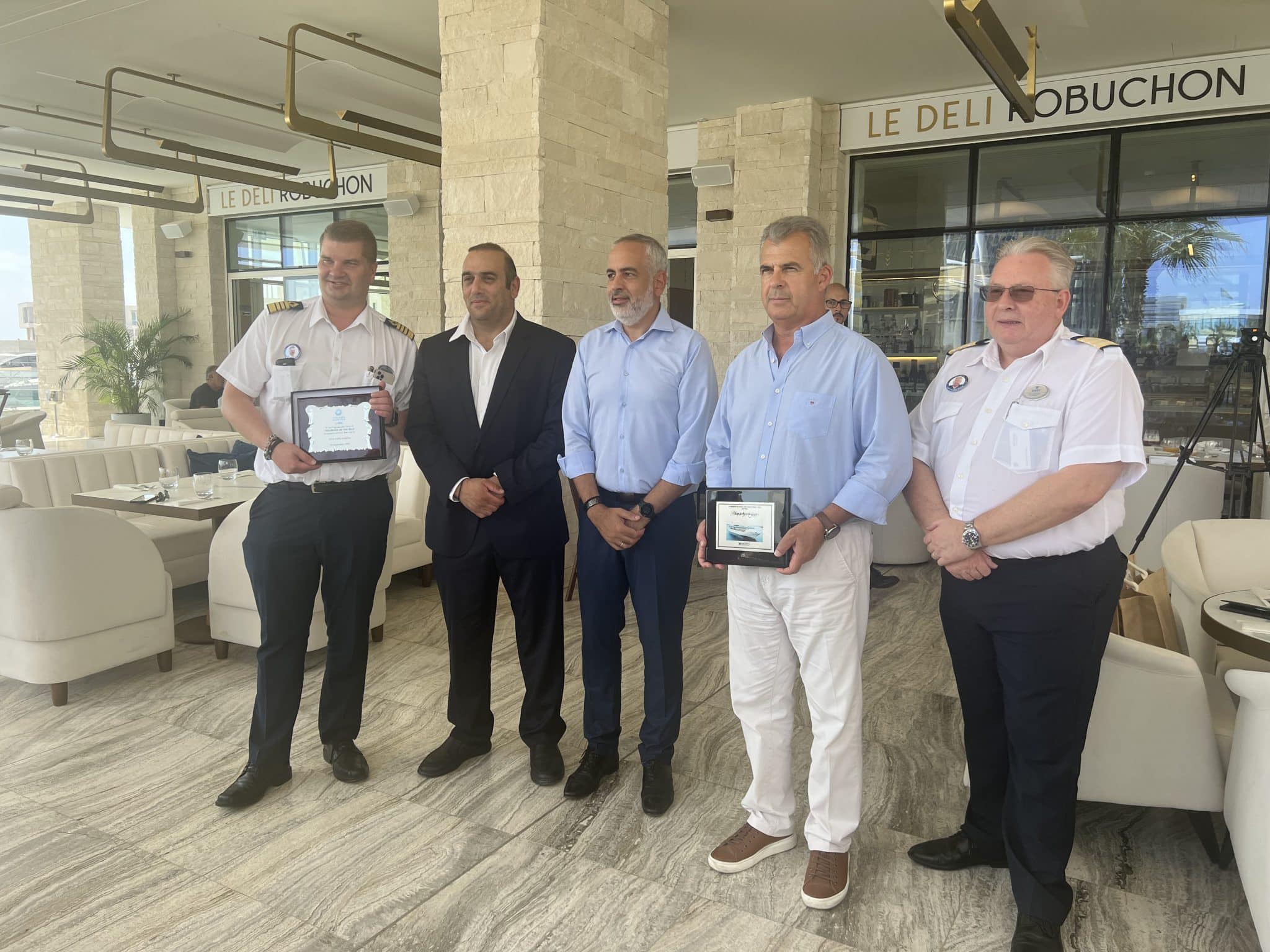 Now he continued "there are options, there is competition, which we believe will improve and increase even more the arrivals of cruise ships in Cyprus. The process of each passenger going through customs and control was very efficient and effective, since it only took a few minutes," he said.

Mr. Karousos wished that the marina of Ayia Napa "continues and manages to attract other cruise ships. The same option will exist in the other marinas of Cyprus, namely in the Protaras marina but also in the small port of Latsi in Paphos, where the Ports Authority has announced the investment of 50 million euros to upgrade the port, with the option to attract cruise ships".

Responding to a related question, the Minister of Transport said that "in collaboration with the Deputy Ministries of Tourism and Shipping, a very good preparatory work was done and incentive plans, communication and promotion of the advantages that Cyprus offers for cruise ships are being prepared. That is why we see this increasing trend that exists in Cyprus with the arrival of cruise ships", he said and noted that "at the port of Limassol it is estimated that in 2023 there will be 250 cruise ship arrivals". 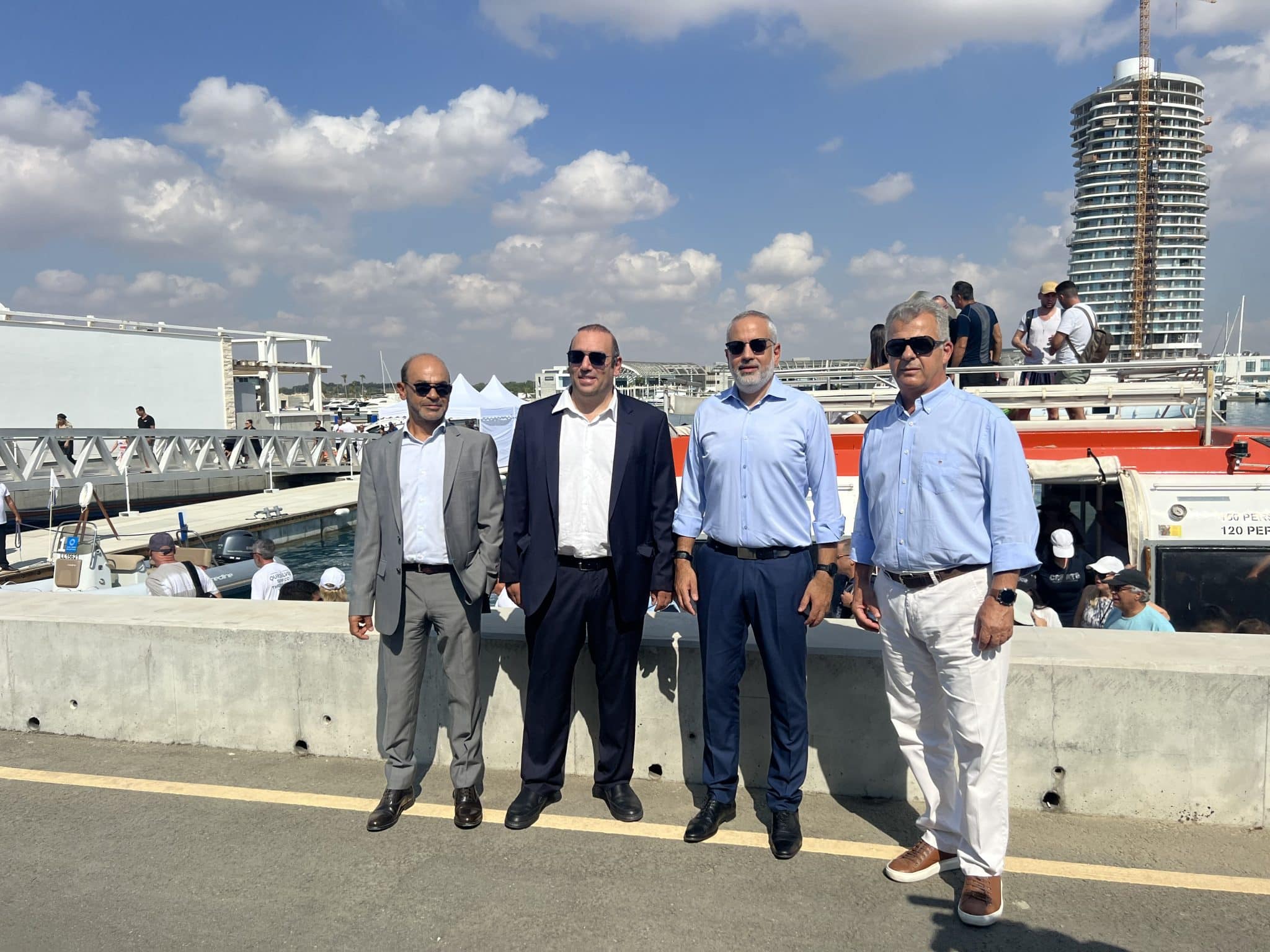 He also mentioned that "some of the companies have decided to establish a base in the port of Limassol, since upon arrival at the port a cruise ship, when it refuels and buys raw materials for the next trip, spends about 150 thousand euros. There is a cruise ship that was based in Limassol, it left about 80 million euros in the economy of Cyprus" he said and added that "one can consider how important the arrival or base of a cruise ship is on our island".

The Deputy Minister of Shipping, Vassilis Dimitriadis, also expressed his satisfaction with the arrival of the first cruise ship at the Ayia Napa marina, who added that "through the coordinated efforts of the Ministry of Transport and the Deputy Ministries of Shipping and Tourism, Cyprus is now in a prominent position on the global cruise map. We see more and more cruise ships trusting our ports and even our marinas."

He expressed his appreciation that "Cyprus, through the infrastructure we have created, offers options to global cruise lines to include the island in their plans. There are huge and multiple benefits for the local economy and we are pleased to note that the procedures at the Ayia Napa marina for cruise ship passengers are greatly simplified and tourists are not inconvenienced."

He also added that "together with the Ministry of Transport and the Deputy Ministry of Tourism, we are forming an incentive framework to give even greater perspective to this sector for Cyprus, which with its development year after year will have enormous benefits for the country's economy but and in the tourist product, which expands and offers this option as well".

To a related question, Mr. Dimitriadis replied that "the planning of the Ministry of Transport and the government more broadly, to give this perspective, through the anchorage that was created in the marina of Ayia Napa, was very correct. I believe that now Cyprus has many options to offer and strategically the companies that shape their plans can ensure the best possible prospects and conditions for the shortage of cruise ships and to develop the tourism product of the whole of Cyprus".

He also noted that "we welcome this effort, but at the same time we stand by the cruise lines to listen to their problems and views for further improvement, which will be a mutually beneficial relationship for both sides, that is, Cyprus and the cruise lines."

Besides, Tony Calne from Finland, captain of the cruise ship "Rhapsody of the Seas", said that "it is our first time here (in Cyprus) and it was very pleasant. Today the weather is very good, there are amazing and friendly people, the whole process is running smoothly and we are very happy to be here today” at the Ayia Napa Marina.

Asked to state whether Ayia Napa will be included in the future plans of the cruise ship, the captain expressed the hope that something like this will happen and noted that "we will do our best to make it happen. Everyone is very happy, visitors and staff, there are so many things to see, there are great beaches and culture" he said and noted that "I really hope we will be here in the future".

Finally, Kostas Fitiris, Director of the Ayia Napa marina, said that "today is a landmark day for us because, after a painstaking effort by the authorities, the Ministry of Transport and the Deputy Ministry of Shipping, it became possible to create the anchorage area for cruise ships and to enter in the cruise program for the free area of ​​Famagusta. This program will give the whole region a new field of economic development and of course the marina will also be put on the map, not only as a nautical destination for yachts but also for cruises".

To a related question, Mr. Fitiris replied that "we hope that next year the marina will be at 100% operational and we will see more cruise ships in the new year. However, without the cooperation of the private and public sectors as well as the competent Services and Ministries, it cannot be achieved or there can be great development not only for the region but also for the whole of Cyprus".

The Minister of Transport and the Deputy Minister of Shipping were taken by boat to the point where the process of arrival of the tourists from the ship, who were being transported by four boats of the cruise ship, was taking place.

Tourists would go through customs and then be bussed to Ayia Napa to spend a certain number of hours until the cruise ship's departure time.

Commemorative gifts were also given to the captain by the Municipality of Ayia Napa.